Rebutting the Presumption of Resulting Trust 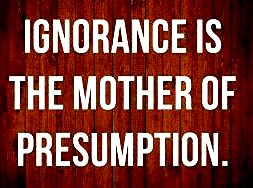 [42]      Even though the presumption was engaged, the trial judge was obliged to examine the totality of the evidence, both direct and circumstantial, for the purpose of determining, if possible, Mr. Fuller’s actual intention at the time he executed the 2002 transfer. The trial judge could only rely on the presumption of resulting trust if the evidence was insufficient to establish Mr. Fuller’s actual intent at the time of the transfer: Pecore v. Pecore, 2007 SCC 17, [2007] 1 S.C.R. 795.

[123]     The types of evidence that may be reviewed by the court to determine the transfer’s intention were canvassed in Pecore.  Those include:

[124]     The most persuasive evidence is contemporaneous with the transfer.  Evidence of transactions or statements following the transfer may be taken into account if they explain the intention of the time of the transfer: Harshenin at paras. 45 to 46.  I refer to the following statements of the court in Harshenin:

[44]      The court must weigh all of the relevant evidence, both direct and circumstantial, in an attempt to ascertain on a balance of probabilities the transferor’s actual intention. The assessment may include any reasonable inferences that are sought to be drawn from the evidence, including the “inherent probability or improbability of competing explanations as to the transferor’s intent”: Fuller v. Harper, 2010 BCCA 421 at para. 49. In other words, the court may consider if the transferor had any rational purpose for the transfer, other than as a gift.

[45]      The traditional rule was that evidence adduced to show the evident intention of the transferor “ought to be contemporaneous or nearly so to the transaction”: Pecore at para. 56. However, this rigid rule has lost much of its force, and the Supreme Court of Canada concluded at para. 59 of Pecore:

[59] Similarly, I am of the view that the evidence of intention that arises subsequent to a transfer should not automatically be excluded if it does not comply with the Shephard v. Cartright rule. Such evidence, however, must be relevant to the intention of the transferor at the time of the transfer: Taylor v. Wallbridge (1879), 2 S.C.R. 616. The trial judge must assess the reliability of this evidence and determine what weight it should be given, guarding against evidence that is self-serving or that tends to reflect a change in intention.

[46]      The court therefore must approach any evidence of intention that arises subsequent to the transaction at issue with considerable caution and carefully assess the weight it ought to be accorded.