Wills Variation and Resulting Trust Claims May Be Tried Together 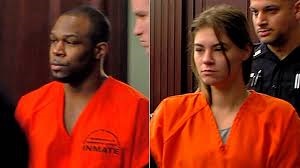 For over 30 years I have pleaded Wills Variation claims together with Resulting Trust claims in the same case, only to be told by various defence counsel that the pleadings cannot be tried together at the same time.

While researching the right of a beneficiary to bring a resulting trust her or himself, rather than having to rely upon the executor to have the ” standing” to do so, I looked up the case of Doucette v Doucette Estate 2007 BCSC 289 where Justice Dorgan made it clear that beneficiaries have the right to bring  resulting trust claims as to  whether the asset transferred before death, or in joint ownership, should be part of the estate or not, without requiring the executor to commence the action on behalf of the estate.

The Court’s analysis in allowing beneficiaries the right or “standing” to question assets that passed outside of the estate when they may be estate assets, was given to the beneficiaries as follows:

16. The general rule regarding estate assets seems to be, in accord with s. 14 of the Estate Administration Act, that only the personal representative of a testator may commence an action to recover assets on behalf of the estate; see Hayman Estate v. Gordon, 2001 BCSC 1753 (B.C. Master). However, three recent judgments in this province have allowed non-executors to bring such claims, at least in certain situations.

17      The appellant’s counsel referred to Neufeld v. Neufeld Estate, 2004 BCSC 25 (B.C. S.C.), and Cooke v. Cooke Estate, 2005 BCCA 263 (B.C. C.A.). In both of these cases, the plaintiffs were beneficiaries, but not executors, under the respective wills. Both plaintiffs applied to the court for a declaration that bank accounts jointly held by the testator and executor at the testator’s death were resulting trusts rather than inter vivos gifts. The plaintiff in Neufeld was successful; the plaintiff is Cooke was not. Regardless of the outcomes, the important point is simply that the court in both instances allowed such challenges to be heard.

19      A second important distinction between these two cases and that at bar is that the latter is brought under the Wills Variation Act. In that light, Wedge J.’s recent judgment in Mordo v. Nitting, 2006 BCSC 1761 (B.C. S.C.), a Wills Variation Act action, must be considered. Released on November 30, 2006, it was not available to the Master when he made his decision. In Mordo, the plaintiff was not a beneficiary; he was cut out of the will entirely. The testator held all of the assets of her $1.8 million estate in jointure with her daughter. Accordingly, upon the testator’s death, all of her assets passed to her daughter through survivorship, leaving no estate whatsoever. As the plaintiff’s action could only be maintained if there were estate assets from which to grant a variation, the plaintiff pleaded that the jointures were resulting trusts rather than inter vivos gifts.

20      Wedge J. allowed the plaintiff’s arguments regarding the joint tenancies to go forward. There was no question of the plaintiff’s standing to so argue. In the result, the court found that all of the jointures were gifts rather than assets held in trust for the estate. Wedge J. went on to state that even had she found the jointures to result back to the estate, she would not have varied the will.

21      It seems to me that if only executors are allowed to bring claims to challenge joint tenancies, potential challenges may be compromised. An obvious conflict of interest exists where the executor and testator hold an asset in joint tenancy, as the executor would have little reason to treat the asset as a resulting trust rather than as a gift. Arguably, this conflict is not as significant where another person is a residuary beneficiary, because the executor would have a duty to account to that person for the whole of the estate. However, if a legatee’s challenge could be set aside even where brought under the Wills Variation Act, then an executor, rather than the courts, would effectively have the final word on whether a particular jointure was a gift rather than a trust.

23      The recent authorities show that non-executors (and, in fact, non-beneficiaries) have been allowed to challenge joint tenancies before the courts. The amendments sought do disclose a reasonable cause of action. The appeal is allowed. Costs follow the event.