The bar to set aside a settlement agreement is a high one.

There is a great public interest in holding people to their bargains.

Sojka v Sojka 2018 BCSC 562 reviews the law with respect to enforcement of a settlement reached at a mediation where both parties were represented by counsel, and one party attempted to renege on the agreement by utilizing what the court regarded as “settler’s remorse.”

The defendants in their attempt to renege on the settlement argued that they were mistaken as to certain evaluations of property at the mediation, which the court found was not in fact the case, finding that the minutes of settlement and release constituted a clear agreement between the parties.

The court followed the decision of Roumanis v Hill 2013 BCSC 1047 as to when the enforceability of a settlement agreement ought to be decided on a summary procedure.
The court stated:

The question of the proper procedure to adjudicate the enforceability of the settlement was addressed in Mackenzie v Mackenzie (1975) BCJ 1114 were the court reviewed the authorities and concluded that the court ought to enforce settlement upon application in the action of justice could be done by proceeding summarily.

The court found that there is a sound policy for the courts to enforce the terms of a valid settlement agreement as stated by the BC Court of Appeal in Robertson v Walwyn et al (1988) 24 BCLR )2d) 385 (BCCA):

Hawitt v Campbell 1983 Carswell BC 199 (BCCA) set out that a court could refuse to exercise its discretion to perfect a settlement where: 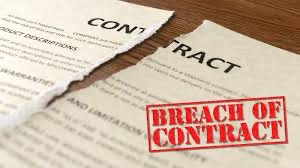