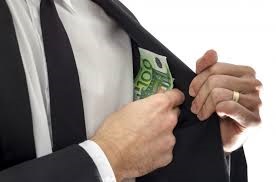 Ascent One Properties Ltd v Liao 2017 BCSC 1017 dealt with an aborted real estate development project that alleged inter alia a breach of fiduciary duties by a corporate director and officer.

The case outlines the law relating to the fiduciary duties owed by a director and officer of a corporation.

173      It is trite law that directors owe duties to the companies they serve.

Powers and functions of directors

136(1) The directors of a company must, subject to this Act, the regulations and the memorandum and articles of the company, manage or supervise the management of the business and affairs of the company.

Duties of directors and officers

(a) act honestly and in good faith with a view to the best interests of the company . . .

175      The statutory fiduciary duty requires company directors and officers to respect the trust and confidence that have been reposed in them to manage the assets of the company in pursuit of the realization of the objects of the company. They must avoid conflicts of interest and abusing their position for personal benefit: Peoples Department Store Inc. (Trustee of) v. Wise, 2004 SCC 68at para. 35.

176      A director must not usurp for herself a maturing business opportunity.

[40] In considering what is in the best interests of the corporation, directors may look to the interests of, inter alia, shareholders, employees, creditors, consumers, governments and the environment to inform their decisions. Court should give appropriate deference to the business judgment of directors who take into account these ancillary interests, as reflected by the business judgment rule. The “business judgment rule” accords deference to a business decision, so long as it lies within a range of reasonable alternatives [citations omitted]. It reflects the reality that directors, who are mandated under s. 102(1) of the CBCA to manage the corporation’s business and affairs, are often better suited to determine what is in the best interests of the corporation. This applies to decisions on stakeholders’ interests, as much as other directorial decisions.

180      In determining whether a director has acted in the best interests of the company, the court will consider whether the director has applied informed judgment which had a reasonable basis: Maple Leaf Foods Inc. v. Schneider Corp., (1998), CanLII 5121 (Ont. C.A.) at p. 42. This “business judgment rule” operates to shield from court intervention business decisions which have been made honestly, prudently, in good faith and on reasonable grounds: Krynen v. Bugg, 2003 O.J. No. 1209 (Ont. C.J.) at para. 74(7).

181      A director will not be liable for breach of fiduciary duty when the conduct at issue is qua shareholder and not qua director: Polar Star Mining at paras. 33-34.

182      The court must scrutinize the circumstances of each case to determine whether the director has acted honestly and in good faith and with a view to the interests of the company. A finding that there was no fraud or dishonesty on the part of a director’s who was attempting to solve the company’s problems stands in the way of a finding of breach of fiduciary duty: Peoples Department Stores at paras. 39 — 40.

183      When assessing whether a breach of fiduciary duty has occurred, the subjective motivation of the director is relevant: Peoples Department Stores at paras. 62 — 63; Dockside Brewing Co. at paras. 54 — 55.