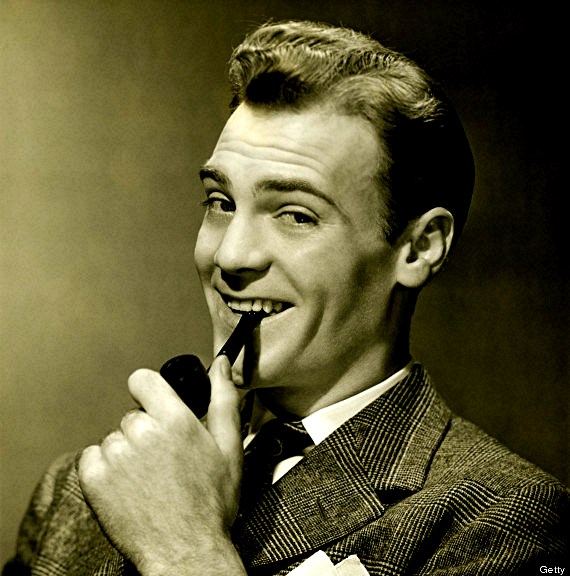 Applications to remove executors/trustees are common, and are not always successful with the court declining the application.

The petitioners husband settled the trust in 2007 and named the petitioner and her three children as the beneficiaries, and his sister, the respondent as the trustee.

The petitioner brought court application for the removal of the respondent has trustee, alleging that she had caused the trust to make imprudent loans, not in keeping with the object of the trust, for which she said was to provide for the settlers wife and children after his death.

The trustee allege that the object of the trust was to develop certain social housing projects according to the settlers wishes.

45] As can be seen from the trust instrument in this case, the respondent trustee has extensive powers over the trust property. These powers are set out above and discussed further below. Notwithstanding these powers it is well-established that not even the broadest language in a trust instrument (including the inclusion of a privative clause) can displace the court’s jurisdiction to review the exercise of a trustee’s discretion in a number of areas. A previous decision discusses this as follows:

A privative clause protecting the exercise of a trustee’s discretion will not be effective to prevent judicial review whenever the trustees:

3. have failed to exercise the level of prudence to be expected from a reasonable businessman (Re Sayers and Philip, Cowan v. Scargill); and

4. have failed to hold the balance evenly between beneficiaries, or have acted in a manner prejudicial to the interests of a beneficiary (Re Jeffery [[1948] O.R. 735, (H.C.)], Re Sayers and Philip).

[46] The primary allegation of the petitioner in this case is that the trustee respondent did not act prudently when she made the Loan, from the Insurance Trust to the Family Trust, and her actions were prejudicial to the interests of the beneficiaries. There is no serious issue that the trustee has not exercised her discretion at all. As well, the petitioner is very concerned about the actions of the respondent but those concerns are not framed in terms of honesty in this application.

[47] Section 15.2 of the Trustees Act, R.S.B.C. 1996, c. 464, states that a trustee, when investing trust property, “must exercise the care, skill, diligence and judgment that a prudent investor would exercise in making investments.” This appears to codify the common law on the standard of care of a trustee and another decision (Collett Estate (Re), 2009 BCSC 1800, 53 E.T.R. (3d) 271) discusses the history and elements of this as follows:

[74] The decision of Quijano J. in Nichols [Neville v. Central Guaranty Trust Co., (1995)13 B.C.L.R. (3d) 137)] provides a helpful review of the law relating to the standard of care expected of executors and trustees:

[26]The case of Fales et al v. Canada Permanent Trust Co. and Wohlleben v. Canada Permanent Trust Co. (1976), 70 D.L.R. (3d) 257 (S.C.C.) dealt with, amongst other things, the standard of care required of the trustees under a will with respect to exercising the powers granted to them under the will. In that case the trustees had been given the power to invest and keep invested the assets of the estate where income was for the benefit of a life tenant and the capital was to go to residuary beneficiaries. In dealing with the question of the standard of care Mr. Justice Dickson, speaking for the court, said at pp. 267-268:

Traditionally, the standard of care and diligence required of a trustee in administering a trust is that of a man of ordinary prudence in managing his own affairs (Learoyd and Carter v. Whitely et al. (1887), 12 App. Cas. 727 at p. 733; Underhill’s Law of Trusts and Trustees, 12th ed., art. 49; Restatement of the Law on Trusts, 2nd ed., para. 174) and traditionally the standard has applied equally to professional and non-professional trustees…. Every trustee has been expected to act as the person of ordinary prudence would act. This standard, of course, may be relaxed or modified up to a point by the terms of a will and, in the present case, there can be no doubt that the co-trustees were given wide latitude. But however wide the discretionary powers contained in the will, a trustee’s primary duty is preservation of the trust assets, and the enlargement of recognized powers does not relieve him of the duty of using ordinary skill and prudence, nor from the application of common sense.

[27]The trustee has a duty to all beneficiaries. In Re Stekl; Lauer v. Stekl and Public Trustee, [1974] 6 W.W.R. 490 (B.C.C.A.) McIntyre J.A., dealing with a claim of a beneficiary as to a life interest in an estate for an order compelling the trustee to convert the property of the estate to income producing so that her life interest might be of some benefit to her, said at p. 494:

It is well settled that a trustee must deal evenhandedly between different classes of beneficiaries. This, of course, is the reason for the rule in Howe v. Dartmouth where that case is applicable. While as I have found there is a requirement that a conversion be made here, there is as well an undoubted power to postpone. In the absence of mala fides on the part of the trustee, and none is suggested here, that power may not as a general rule be gainsaid. Nevertheless the interests of the life tenant must be protected….

…That duty must be discharged with honesty, objectivity and care, but that is all. Impartiality lies in the presence of an honest and objective evaluation of each named beneficiary’s position, and a consequent decision. The same is true when trustees have a power of encroachment over capital in favour of joint life tenants, or even a power of appointment over capital. The duty of impartiality has been breached when honesty, objectivity and care are all present, but the result is one which favours Beneficiary A over Beneficiary B without an express or implied authority from the trust instrument….

Perhaps the principal impact of the rule upon trustees, however, is when they must administer the trust assets in such a way that they provide fairly for the beneficiaries whose interests in the trust property are successive.

[75] Counsel for Public Trustee also brought to my attention the following additional passages from Law of Trusts in Canada, 2nd ed. (Toronto: Carswell, 1984) at 690, where Professor Waters provides some useful observations relating to the duties of a trustee:

The obligation which lies at the base of trusteeship has resulted in there being three fundamental duties applicable to all trustees. First, no trustee may delegate his office to others; secondly, no trustee may profit personally from his dealings with the trust property, with the beneficiaries, or as a trustee; thirdly, a trustee must act honestly and with that level of skill and prudence which would be expected of the reasonable man of business administering his own affairs. These might be called the “substratum” duties, to which the duties associated with the particular trust are added.

[48] Turning to the specific issue of removal of a trustee, as requested by the petitioner in this case, the courts have jurisdiction to grant that remedy. The primary concern is the welfare of the beneficiaries:

Story says, s. 1289, ‘But in cases of positive misconduct Courts of Equity have no difficulty in interposing to remove trustees who have abused their trust; it is not indeed every mistake or neglect of duty, or inaccuracy of conduct of trustees, which will induce Courts of Equity to adopt such a course. But the acts or omissions must be such as to endanger the trust property or to show a want of honesty, or a want of proper capacity to execute the duties, or a want of reasonable fidelity.’

[49] From the above discussion I conclude that the proper characterization of the issue in this case is whether the respondent, as the sole trustee of the Insurance Trust, exercised the care, skill, diligence and judgment of a prudent investor with regards to the loan from the Insurance Trust to the Family Trust in December 2009. Further, have the actions endangered the trust property that is to be managed for the benefit of all beneficiaries of the Insurance Trust