Vancouver Estate Claims – Have You Been Disinherited? 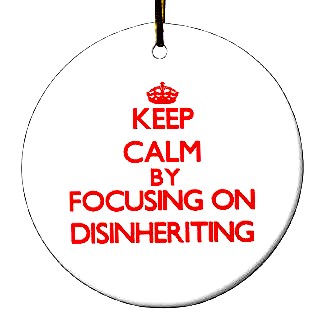 Have You Been Disinherited?

must understand that a will is being made and that it disposes property on death;
must know the nature and extent of his property;

must understand who has an appropriate claim upon his property;
must be free of delusions that affect his decisions, ie, be of sound mind, memory and understanding;
Lager v. Poirier SCC

“the mind must be able to comprehend of its own initiative and volition” at the time that instructions to the lawyer are given;

However:
a will was recently upheld where the testator thought he was being poisoned by gases into his apartment, as he knew what he owned and what he wanted to do with his estate, and who he had to provide for;

Problems encountered:
– no standard method of assessing capacity
– variety of testing and types of causes of dementia
– problems testing due to language, customs, hearing or sight losses
– medical history/records important
– Dementia not well recognized even by doctors/health professionals or professionals
– people good at covering up, or having things done for them
– most people, including health care, underestimate degree of cognitive impairment
– well settled that a proper assessment cannot be done from superficial discussions – must be “probing of the mind”
– typical indications – short term memory loss, paranoid ideas to family, confusion, difficulty with self care/finances
– disorientation to time/person/place, problems recognizing, easily swayed in opinion

This is an influence that is exerted over the mind of another that amounts to coercion of the other’s free will so as to control the other’s mind, ie, an extreme example is a cult leader.

– demented people are very vulnerable to mental pressure
– hard to prove, look for “suspicious circumstances” – a recent article listed 64 examples of such “suspicious circumstances”
– the propounder of a will has to prove proper execution of the will, knowledge and approval of its contents, and mental capacity where there are circumstances that are suspicious, rather than it being presumed that the testator knew and approved of the contents of the will
– individuals are frequently taken advantage of by care-givers, family, acquaintances, salespeople or power of attorney holders
– where there is a special relationship such as a doctor/patient, lawyer/client, care-giver, parent, child, etc., the B.C. Court of Appeal did in May 1998 rule that there is then a presumption of undue influence that shifts the burden to the defendant to disprove it.

Requirements of a valid will:

must be in writing
must be signed at the end by the testator, and witnessed by 2 or more individuals, all 3 signing in the presence of each of other
must purport to deal with the property of the testator

Common mistakes:
beneficiaries or spouses of beneficiaries cannot witness the will or the bequest is invalid
– marriage after the will is executed will revoke the will
– the witnessing procedures are frequently not properly carried out
– a failure to dispose of the estate or part of the estate
– using incorrect/vague/contradictory language
– using precise words such as “issue” or words such as “per stirpes” which have been interpreted by the Courts to have different meanings

Under British Columbia law spouses and children of a deceased have the right to contest an estate on the basis that the deceased parent or spouse failed to “make adequate provision for their proper maintenance and support”.

In the near future a Court challenge will be made to the Wills Variation Act by a common-law spouse, who currently does not have the right to bring such an action.

There has been a hugh increase in the number of these claims, especially by adult children who have been disinherited.

Applies to any assets owned by the deceased that pass under a valid will and form part of the deceased’s estate – it does not apply to property that passes by right of survivorship such as a joint tenancy, insurance, or pensions where there are named beneficiaries and so forth.

The Court has a wide discretion to vary a will in any manner that it thinks just.

The Court may also take into account evidence of the testator’s reasons for not making adequate provision for the spouse or child that is contained in a statement in writing signed by the testator.

The action must be brought within 6 months from the date of the granting of Letters Probate.

The test with respect to a testator and his adult children is that of the “judicious parent”, and a parent has a moral obligation to provide for his or her children. If the children have estranged themselves, then the testator may not have to provide for the children. The test is that of the judicious parent or spouse, not necessarily a kindly one, as to what he or she should have to provide in order to discharge the marital or parental duty, having regard to both economic and moral considerations.

In a Supreme Court of Canada land mark decision Tataryn v. Tataryn 1994, a wife of 43 years was not adequately provided for in the deceased’s will. One son was provided for generously and another son was disinherited.

The Courts acknowledge that a testator should be free to dispose of his or her assets as he or she sees fit, but the Court will interfere to vary a will where it is appropriate.

In Tataryn the Court held that as a minimum, the widow should get what she would have received had the parties separated, as well as some extra monies in the form of maintenance for her twilight years.

Since changed after WESA April 1,2014

See attached Glossary for the formula for the distribution of assets when a person dies without a will.

Separation of spouses for one year prior to death disqualifies the surviving spouse from taking deceased’s spouse estate on an intestacy.

This area of the law usually deals with a purported gift of an asset by one individual to another.

The lack of consideration is the common element – the individual must therefore have intended the recipient to hold the asset in trust and that at some point it will go back to the transferor, as the law of equity assumes bargains not gifts. This presumption can be rebutted on a balance of probabilities but the onus rests on the volunteer to show that it was a gift. If the transferor and the transferee have a close relationship at the time of the transfer, the presumption is weakened and slight evidence will be required to rebut it. The evidence will be confined in time to the date of the transfer and may be written, verbal or circumstantial.

A resulting trust will not be presumed if the transfer was to a wife or child, then the onus will remain on the person who asserts the trust or was from a common-law husband to a common-law wife, or was from a father to a child (and presumably will include mother to child) or was from a step-parent to a step-child.

Generally when an account is opened in the name of 2 or more persons, if the holders are joint tenants, then the survivor has the right to the whole amount. However, in equity the beneficial title is the issue:

who has the right to the income and capital while both joint tenants are alive;
is there a right of survivorship;

There are a number of decisions that have held that the bank document giving right to the purported right of survivorship is merely for a matter of convenience and it is always a question of intention, that must be proved by evidence. The Supreme Court of Canada has held that the bank form giving rise to the purported right of survivorship does not necessarily evidence a depositor’s intention to make a gift of the account.

This also is a very big growth area in estate law. The situation typically applies to common-law spouses, same sex spouses, or any one who has been in a “relationship” with another and there has been:

an enrichment enjoyed by one party;
a corresponding deprivation suffered by the other party;
an absence of any juristic reason for the deprivation/enrichment;

There have been a number of Supreme Court of Canada decisions such as Peter v. Beblow that have extended the claim for unjust enrichment to include contributions of homemaking and child care services, rather than the traditional test of financial contribution. The Supreme Court of Canada recently in Soulos held that the test for constructive trust is now “good conscience.”

This law has in recent years been applied to same sex relationships.

Constructive trust claims have been and will continue to be more prevalent.

Constructive trusts may also arise in other circumstances than common-law or same sex relationships, such as mutual wills. A constructive trust may be imposed on the survivor of the parties if it can be shown that there was an agreement between the parties not to revoke their wills and to dispose of their property in a particular way if the survivor has broken the agreement and has made another will.

A fiduciary relationship is one in which there is a duty to one person, the fiduciary, to act on behalf of another person with respect to property which is the subject of the relationship. Where there is a fiduciary relationship, then the fiduciary must act honestly, impartially and cannot personally benefit other than for prescribed fees for services. The fiduciary is bound to protect the interests of the beneficiary, and cannot act in a conflict of interest, nor personally benefit. Fiduciaries are typically lawyers, bankers, directors, or any other person in a high position of trust.

A person using a power of attorney cannot use that document to personally benefit him or herself, or this will be a breach of fiduciary duty.

There is an onus on the fiduciary to prove that he or she acted properly when called into question.

A lawyer is under a duty of care to carefully consider a client’s mental capacity and the thoroughness required is proportionate to the gravity of the transaction:

A lawyer owes a duty to his client to draft a will in accordance with the instructions, and to provide all required advice and attend to the execution of the will expeditiously given the circumstances – the responsibility to carry the client’s wishes extends to an intended beneficiary ( the disappointed beneficiary) who may be foreseeably deprived of a inheritance by the lawyer’s negligence.

A lawyer may breach his duty by failing to enquire, if appropriate, into:
obtaining a medical certificate;
probing the client’s mind;
properly recording notes;
looking for suspicious circumstances;
allowing interested parties to be present during the interview;
failing to take steps to test for capacity;
taking instructions from a beneficiary and not confirming same with the testator;
a common area of lawyer negligence is missing a limitation date, ie, failing to commence a Wills Variation action within 6 months from the date of probate.