Einboden v Porter 2022 BCSC 1227 set out a good explanation and framework of how the court considers and awards court costs.

Costs of a proceeding must be awarded to the successful party unless the court otherwise orders: Rules, R. 14-1(9). As the defendant did not seek an order otherwise, I order the plaintiff is entitled to his costs.

[ If costs are payable to a party under the Rules or by order, those costs must be assessed as party and party costs in accordance with Appendix B of the Rules, unless certain enumerated circumstances exist, none of which apply in this case: Rules, R. 14-1(1).

Fixing the Scale of Costs

Under Appendix B, if a court has made an order for costs, the court may fix the scale, from Scale A to Scale C in subsection (2), under which the costs will be assessed, and may order that one or more steps in the proceeding be assessed under a different scale from that fixed for other steps: Rules, Appendix B, s. 2(1).

Section 2(2) of Appendix B provides that in fixing the scale of costs, the court must have regard to the following principles:

[9 Section 2(3) of Appendix B provides that in fixing the appropriate scale under which costs will be assessed, the court may take into account the following:

(a) whether a difficult issue of law, fact or construction is involved;
(b) whether an issue is of importance to a class or body of persons, or is of general interest;
(c) whether the result of the proceeding effectively determines the rights and obligations as between the parties beyond the relief that was actually granted or denied.

[ In Mort v. Board of School Trustees of School Board No. 63 (Saanich), 2001 BCSC 1473 at para. 6, Justice R.D. Wilson described the following factors as being relevant to determining the degree of difficulty or importance of a matter:

Although Mort considered the former elevated costs regime under the Supreme Court Rules, with its five scales, the above factors remain relevant in determining the degree of difficulty under the current Rules: Meghji at para. 138.

The factors set out in Mort are not exhaustive: Monument Mining Limited v. Balendran Chong & Bodi, 2013 BCSC 179 at para. 6. Moreover, the fact that several of the considerations are neutral factors in a given case does not allow them to be notionally set-off against or deducted from the factors militating in favour of an order for increased costs, if Scale C is justified on the basis of one or more of the other factors: Slocan at para. 23.

Uplift Costs
After fixing the appropriate scale of costs, the court may order that the value for each unit allowed for the proceeding, or any step in the proceeding, be 1.5 times the value that would otherwise apply to a unit in that scale, if the court finds that, as a result of unusual circumstances, an award of costs on that scale would be grossly inadequate or unjust: Appendix B, s. 2(5). This is referred to as “uplift costs” and is intended to indemnify the successful party where there are unusual circumstances: Shen v. West Continent Development Inc. (BC0844848), 2022 BCSC 462 at para. 30.

Misconduct can constitute an unusual circumstance justifying an award of uplift costs but the party asserting misconduct must establish “there was misconduct deserving of some form of rebuke, including disobedience of court processes, incivility, frivolity, actions taken in bad faith, and impertinence”: Shen at para. 32, citing J.P. v. British Columbia (Children and Family Development), 2018 BCCA 325 at para. 57.
An award of costs is not grossly inadequate or unjust merely because there is a difference between the actual legal expenses of a party and the costs to which that party would be entitled under the scale of costs fixed: Appendix B, s. 2(6). 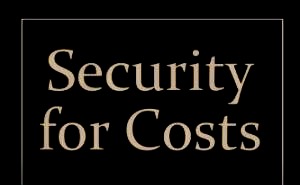