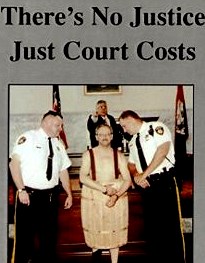 It is very old fashioned thinking that court costs come out of the estate , win or lose, as costs are now an important factor in settlement considerations.

The decision Deuschmann Estate v Fallis  2011 BCSC 1009 at paragraph 95 sets out the general principles of costs in estate litigation as pronounced by the BC Court of Appeal in Re Collett Estate 2005 BCCA 291.

The relevant principles as they relate to costs in estate proceedings are set out in Collett Estate, Re, 2005 BCCA 291 (B.C. C.A.) by Smith J.A. who, for the court, said:

[7] The general principles that guide the exercise of the discretion to award costs in proceedings in the Supreme Court involving executors and trustees are set out in Turner v. Andrews (1999), 23 C.C.P.B. 84, 30 E.T.R. (2d) 126 (B.C.S.C.), aff’d 85 B.C.L.R. (3d) 53, 2001 BCCA 76. That case concerned an application by a plaintiff for an order that his reasonable legal costs be paid prospectively out of the trust fund in issue in his representative action against the trustees of his pension fund. In dismissing the application, Allan J. summarized the relevant principles as follows:
[8] Section 86 of the Trustee Act, R.S.B.C. 1996, c. 464, reflects the historic statutory authority which permits a trustee to seek the opinion, advice or direction of the Court on a question respecting the management or administration of trust property. In such circumstances, the Court may order the costs of the parties to be paid out of the estate. That principle was expanded in Re Buckton, [1907] Ch. 406 (Eng. Ch. Div.) which held that, in litigation against a trustee, the legal fees of a plaintiff beneficiary may be paid out of the trust fund on an indemnity basis where the issue concerns the interpretation of the trustee’s powers.
Buckton considered the beneficiary’s entitlement to costs in three classes of cases:
(1) An application made by trustees of a will or settlement, asking the Court to construe the trust instrument for their guidance; to ascertain the interests of the beneficiaries; or to answer a question which arises in the administration of the trusts. In such instances, the costs of all parties, which are necessarily incurred for the benefit of the estate, should be taxed as between solicitor and client and paid out of the estate.
(2) An application made by the beneficiaries as a result of difficulty of construction or administration of the trust which would have justified an application by the trustees. Again the application is necessary for the administration of the trust and the costs of all parties, which are necessarily incurred for the benefit of the estate, are paid out of the estate.
(3) An application made by the beneficiaries who make claims adverse to other beneficiaries. Such litigation is adversarial in nature and, subject to the Court’s discretion, the unsuccessful party bears the costs of those whom he or she brings to Court.
[9] The Court stated at p. 415:
It is often difficult to discriminate between cases of the second and third classes, but when once convinced that I am determining rights between adverse litigants I apply the rule which ought, I think, to be rigidly enforced in adverse litigation, and order the unsuccessful party to pay the costs.
96      The facts of this case bear the greatest similarities to the third category of action. Thus, I am satisfied that it is the plaintiffs in this case, rather than the estate, who should bear the costs of this action.
97      Furthermore, an order of special costs against the plaintiffs is warranted. In Starko Estate v. Harbour Cove Investment Corp., 2009 BCSC 1473 (B.C. S.C.), District Registrar Sainty set out how special costs in estate litigation differ from special costs in other types of litigation:
[76] I should also note that, to some extent, special costs in estate litigation differ somewhat from other types of litigation where special costs ordered paid are by one party to another for conduct that is scandalous, outrageous, misbehaviour or “deserving of reproof or rebuke”: see Garcia v. Crestbrook Forest Industries Ltd. (1994), 9 B.C.L.R. (3d) 242 (B.C.C.A.) and Leung v. Leung (1993), 77 B.C.L.R. (2d) 314.).
In general executors are entitled to full indemnification for their legal costs, provided such executor has not pursued unnecessary or wasteful litigation. …