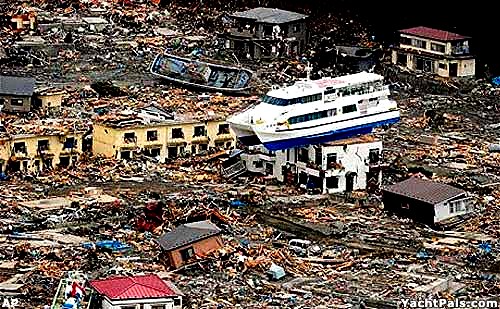 disinherited.com  obtained a presumption of death order for a missing person, after a police investigation concluded it was clearly a suicide by jumping from a bridge. Her body had not been found for several months and without giving away the details of her circumstances, there was no other conclusion to reach but that she jumped from a bridge and has never been found.

The problem in these types of cases is that at common law, a person had to wait 7 years to obtain such an order unless there was clear evidence for a court to decide to shorten that period of time and make a presumption of death order. In recent years it has become known that several people have faked their own deaths for a myriad of reasons and then surfaced many years later still alive.

The decision of is such – did the missing person disappear because he was a gangster and learned he had a hit on his life, or was he hit and now sleeping with the fish. In Cyr the Judge could not decide which it was and stated that the onus of proof on the balance of probabilities to prove the person is likely dead. Cyr’s application was opposed by an insurance company that refused to pay out on a life insurance policy. My application will not be opposed.

The issue is whether there is sufficient admissible evidence to make the declaration sought by Ms. Byrne. Her alternative, if Cyr is, in fact, dead, is to wait seven years from late October 2003, the date at which Cyr is last known to have been alive. This is because the common law presumes death if a person is not heard of or from for seven years.

3 (1) If, on the application of an interested person under the Rules of Court, the court is satisfied that

(a) a person has been absent and not heard of or from by the applicant, or to the knowledge of the applicant by any other person, since a day named,

(b) the applicant has no reason to believe that the person is living, and

(c) reasonable grounds exist for supposing that the person is dead,

the court may make an order declaring that the person is presumed to be dead for all purposes, or for those purposes only as are specified in the order.

The wording of subsection (c) suggests that the evidence need not establish death on a balance of probabilities but the case law to date in this province seems to import such a requirement. If there were not earlier decisions on the point, including the one discussed immediately below, I would not apply what I perceive to be a higher test than the Legislature intended.

[5] It appears that counsel invited the court to apply the test for proof of death law set out in the Saskatchewan Court of Appeal decision in Re Noga and Prudential Insurance Co. of America (1971), 20 D.L.R. (3d) 331, and the British Columbia Court of Appeal decision inMartin v. Prudential Insurance Company of America, [1954] 1 D.L.R. 762. Both those decisions were concerned with the proof of death required under the applicable provincial insurance legislation and not with survivorship and presumption of death legislation.

[6] In Noga, ss. 170 and 171 ofthe Saskatchewan Insurance Act, R.S.S. 1965, c. 143, permitted the court to make an order declaring that the evidence of death furnished to the insurance company was sufficient to establish the death of the insured. In Martin, the court addressed s. 128 of the Insurance Act, R.S.B.C. 1948, c. 164, which is described in the judgment as raising the sole question of “whether or not the husband of the respondent was dead”. Both cases address the effect of evidence of conflicting probabilities such that “the scales are left in equilibrium” (Noga at 334; Martin at 763) as between the presumption of continuing life and the presumption of death. In Noga, the court concluded that any choice between conflicting inferences of equal degrees of probability is conjecture and inadequate. Instead, there must be evidence to render one probability more reasonable than the other. The court applied that aspect of the test in Martin. If the authorities went no further, it might still have been open to me to apply a lesser test, more consonant in my view, with the wording of the Act in issue here.

[7] It is not open to me to do so. In Re Schmit, 12 B.C.L.R. (2d) 186 (C.A.), the Court of Appeal considered s. 3 of the Act and held, albeit without any discussion, that the applicant was required “to show on the balance of probabilities that the death took place as she alleges” (at 189). I am bound by Re Schmit. I conclude that I must proceed on the basis that Ms. Byrne is required to prove, on a balance of probabilities, the death of Cyr as she alleges.

[8] While there is a reasonable basis for believing that Cyr is dead, there is also some basis for concluding that he has chosen to disappear. I am unable to find on a balance of probabilities that he is dead.

[9] Cyr and Ms. Byrne have a young son. There is strong evidence that Cyr had a very close relationship with his son. It is clear that Cyr moved to Victoria to be near his son and that he took full advantage of his access to the child. I am satisfied that the relationship was a close and loving one. Ms. Byrne invites me to infer from that evidence that Cyr would have been in contact with his son if he were still alive but I do not agree that is the only available inference. If Cyr decided to disappear for the possible reasons set out later, he would be very careful not to contact Ms. Byrne or his son.

[10] At the time of his disappearance, Cyr owned a house in Victoria worth about $1.5 million. Since his disappearance, Cyr has not attempted to sell this property or use it to generate revenue or borrowings. It seems unreasonable that someone who is alive would disappear and leave such a valuable commodity behind. On the other hand, Cyr was a sophisticated businessman who was familiar with off shore corporations. It is likely that he earned money through the illegal drug trade and had sizable hidden assets. He may have had the financial ability to disappear independently of the property in Victoria.

[11] There is evidence that Cyr, as a youth, sold drugs and associated with the Hells Angels. In October 2003, he told his ex-wife that he had to go to Vancouver. The Vancouver police have since informed Ms. Byrne that Cyr was “taken out” by underworld connections and “suffered at hands of associates”.