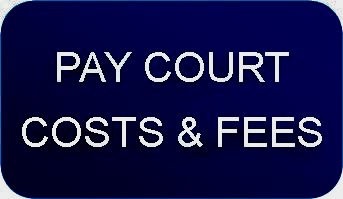 Connor Estate 2017 BCSC 1341 dealt with the issue of whether the plaintiff should be  awarded double costs after the filing of an offer to settle that the plaintiff beat at the trial.

The issue was whether the plaintiff Chambers was a spouse of the deceased even though they never lived together and that he should inherit her entire estate as a spouse on an intestacy.

He had offered her 5 step siblings the sum of $10,000 each plus each party bear their own costs.

At trial he was declared her spouse and was entitled to her entire estate of $2 million. His offer to settle represented %2 of the entire estate.

6      The offer contained the language mandated by subrule 9-1(1)(c)(iii), i.e., that Mr. Chambers was “reserv[ing] the right to bring this offer to the attention of the court for consideration in relation to costs after the court has pronounced judgment on all other issues in this proceeding”.

The Court declined to award double costs and instead awarded costs on scale B.

10      Rule 14-1 addresses costs. Subrule 14-1(1)(9) provides that, generally speaking, “costs of a proceeding must be awarded to the successful party unless the court otherwise orders”.

12      Offers to settle are not considered in determining substantial success. That is because substantial success is determined by comparing the positions taken by the parties at the trial or the hearing against the end result. The position taken by a party at this later date may be substantially different than that set out in any earlier offer to settle.

13      Another reason why the court initially considers costs without reference to an offer to settle is that implementation of the costs options found in the offer to settle rules depend upon the initial cost order. Rule 9-1 governs offers to settle. Subrules 9-1(5) and (6) provide:

(5) In a proceeding in which an offer to settle has been made, the court may do one or more of the following:

(a) deprive a party of any or all of the costs, including any or all of the disbursements, to which the party would otherwise be entitled in respect of all or some of the steps taken in the proceeding after the date of delivery or service of the offer to settle;

(b) award double costs of all or some of the steps taken in the proceeding after the date of delivery or service of the offer to settle;

(c) award to a party, in respect of all or some of the steps taken in the proceeding after the date of delivery or service of the offer to settle, costs to which the party would have been entitled had the offer not been made;

(6) In making an order under sub-rule (5), the court may consider the following:

(b) the relationship between the terms of settlement offered and the final judgment of the court;

(c) the relative financial circumstances of the parties;

(d) any other factor the court considers appropriate.

14      In the often cited case of Hartshorne v. Hartshorne, 2011 BCCA 29, the Court of Appeal provided some guidance concerning the cost consequences of offers to settle. At para. 25 the court stated:

An award of double costs is a punitive measure against a litigant for that party’s failure, in all of the circumstances, to have accepted an offer to settle that should have been accepted. Litigants are to be reminded that costs rules are in place “to encourage the early settlement of disputes by rewarding the party who makes a reasonable settlement offer and penalizing the party who declines to accept such an offer” (A.E. v. D.W.J., 2009 BCSC 505, 91 B.C.L.R. (4th) 372 at para. 61, citing MacKenzie v. Brooks, 1999 BCCA 623, Skidmore v. Blackmore (1995), 2 B.C.L.R. (3d) 201 (C.A.), Radke v. Parry, 2008 BCSC 1397). In this regard, Mr. Justice Frankel’s comments in Giles are apposite:

[74] The purposes for which costs rules exist must be kept in mind in determining whether appellate intervention is warranted. In addition to indemnifying a successful litigant, those purposes have been described as follows by this Court:

“[T]o have a winnowing function in the litigation process” by “requir[ing] litigants to make a careful assessment of the strength or lack thereof of their cases at the commencement and throughout the course of the litigation”, and by “discourag[ing] the continuance of doubtful cases or defences”: Catalyst Paper Corporation v. Companhia de Navega Norsul, 2009 BCCA 16, 88 B.C.L.R. (4th) 17 at para. 16.

15      The first factor to be considered respecting any double costs application is whether the offer to settle ought reasonably to have been accepted. Here, two philosophically divergent views emerge. One school of thought is that a party should not be penalized for declining an offer that did not provide a genuine incentive to settle. The other is that an offering party should not be required to compromise beyond its own objective assessment of the case in order to obtain the benefit of an offer to settle.

16      From an objective perspective both viewpoints have much to recommend. Why should a party be penalized for not accepting an offer which does not provide an incentive to settle? On the other hand, why should a party be forced to pay more or accept less than a claim is actually worth? How this conflict plays out can sometimes depend on the nature of the claims and dispute.

20      There is, however, more to be said in favour of refusing double costs.

21      First one must bear in mind that the reasonableness of any acceptance or rejection of a settlement offer is not to be assessed in light of the actual outcome. Rather, it is to be assessed in light of the circumstances existing between the date of the offer and the ultimate trial or hearing. As stated by the Court of Appeal in Meghji v. British Columbia (Ministry of Transportation and Highways), 2014 BCCA 105at para. 112:

22      Second, while consideration of the final outcome is not permitted, the nature of the dispute is nonetheless a factor in assessing the reasonableness of any offer to settle and response to same. Here, the amount of money at stake is a valid consideration; the estate is worth in excess of $2 million and the offer of settlement represented a little more than 2% of that value.