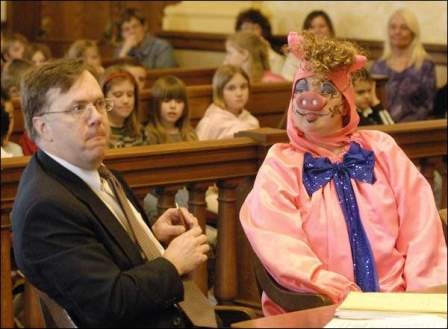 Re Haworth 2015 BCSC 1530 is an example of the increasing trend of the courts to penalize litigants wasting court time with frivolous , vexatious and primarily reprehensible conduct  by awarding special costs against the complaining party. (There are other blogs on this website giving more details about  special costs  but suffice to say, it means that the losing party pays the complete legal fees of the opposing parties.)

This estate matter was an estate  passing of the executor’s  accounts that lasted five days  rather than what the Master Taylor found should have taken  1-  1  1/2 days.

No law was cited for the award of special costs as it is a discretionary remedy , but the following passages excerpted from the reasons for judgment indicate the thinking of the court  in awarding special costs against the beneficiary Mrs. B.

13]        I also find that these proceedings were unnecessarily complicated and extended by the position taken  but more to the point, accusations have been made  about the conduct of Mr. Archer as executor in various emails, yet she chose not to attend the hearing and give evidence or have her credibility assessed. Rather, she sent her husband as her agent to represent her, and, as I have earlier noted, to apparently give evidence on her behalf.

[14]        At 25.3% of the estate, B. stands to inherit $582,346.23. Yet, for whatever reason, she chose to enlist the assistance of her husband who is not legally trained. My sense of the proceedings, which lasted five days, is that the whole process of passing the executor’s accounts might have lasted one day to one and a half days at the most, had B. been represented by counsel.

[15]        Enormous amounts of irrelevant emails and documents were put into binders for the court by the B’s  many of which I ruled as inadmissible. Many questions asked by Mr. B. of the witnesses were ruled objectionable. And most of the evidence given by Mr. B. was given as hearsay, or at least as a “spectator” rather than a participant who is a beneficiary of the estate.

[16]        The gist of the B’s approach to the hearing was to attack Mr. Archer and his role of executor of the estate of Irvin Francis Haworth. The alleged mistakes made by Mr. Archer are sufficient, submits Mr. B., to disentitle Mr. Archer completely to any compensation for acting as executor.

59]        The fact that Mrs. B. did not appear and give evidence about her motives and issues with the executor do not auger well for her. Not only were her issues not put before the court by her, neither was she available for cross-examination. That, in and of itself, is fatal to her objection to the executor’s accounts in my view. Mr. B. advised the court that he was appearing as Ms. B.’s agent. That generally means that one appears in the place of the individual before the court, but it does not give the “agent” the right to give evidence on behalf of the person for whom they are appearing as agent.

Accordingly, I find that all the costs incurred beyond the first hearing day by the estate, the executor on behalf of the estate, and the other beneficiaries are to be paid on a special cost basis out of the portion of the estate due to  B.