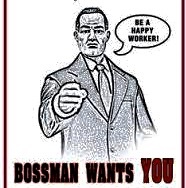 The law of fiduciary duty is very relevant to estate litigation cases but is also prevalent in almost any other claim where equity is involved, including an employee can be found to be a fiduciary for the employer.

M A Concrete Ltd v Truter 2016 BCCA 138 quoted such law in an unrelated fiduciary claim re a failed business purchase and sale.

The facts Truter arose out of a failed attempt to purchase a business and the calculation of damages and costs arising out of it, but did quote some important statements of fiduciary law.

… it is a principle of law that if a servant, in violation of his duty of honesty and good faith, takes advantage of his service to make a profit for himself, in this sense, that the assets of which he has control, or the facilities which he enjoys, or the position which he occupies, are the real cause of his obtaining the money, as distinct from the mere opportunity for getting it, that is to say, if they play the predominant part in his obtaining the money, then he is accountable for it to the master.

18      Lord Porter saw fiduciary duty as an alternative ground for liability (at 516):

As to the assertion that there must be a fiduciary relationship, the existence of such a connexion is, in my opinion, not an additional necessity in order to substantiate the claim; but another ground for succeeding where a claim for money had and received [i.e. bribery] would fail. In any case, I agree with Asquith, L.J. [[1949] 2 K.B. 232, 236], in thinking that the words “fiduciary relationship” in this setting are used in a wide and loose sense and include, inter alia, a case where the servant gains from his employment a position of authority which enables him to obtain the sum which he receives.

On this point, the judge reviewed cases such as Canadian Aero Service Ltd. v. O’Malley (1973), [1974] S.C.R. 592 (S.C.C.) and Standard Life Assurance Co. v. Horsburgh 2005 BCCA 108 (B.C. C.A.) , which recognize that even an employee may be a fiduciary where he or she has control or discretionary authority over the employer’s assets. The duty includes, of course, the avoidance of conflicts of interest and the prohibition against taking for one’s self any “maturing” corporate opportunity of the person to whom the duty is owed.

Bearing in mind that once a breach of fiduciary duty is shown, the onus shifts to the defendant to disprove the amount of the loss (see Procon Mining & Tunnelling Ltd. v. McNeil 2010 BCSC 487 (B.C. S.C.) at para. 101), I see no error in the trial judge’s assessment of damages under this head at $32,2