The British Columbia  Fraudulent Conveyance Act is a  statute designed to give a remedy to creditors frustrated in collecting their debts by a debtor who has disposed of his/her assets.

The Fraudulent Conveyance act permits  a creditor to impugn or set aside a transfer of property, where that property has been transferred in an effort to defeat the legitimate claims of creditors.

Our law relating to fraudulent conveyances dates back to the English Middle Ages when England became a trading nation commercial laws were developed to resolve the trade disputes. Throughout history  debtors have been tempted to convey their property to friends or family, hoping to avoid their creditors by putting their property out of the reach.

As early as 1571, the Statute of Elizabeth, the first Fraudulent Conveyance Act, was passed. Since that time our courts have developed a large body of case law, which largely supports the claims of “creditors and others” to set aside fraudulent conveyances.

Our law requires a debtor to honour his or her legal obligations first before transferring property to others (usually family or friends) thus attempting to put it out of reach of legal claimants.
In Freeman v. Pope (1870), L.R. 5 Ch. App 538 this principle is stated as follows: “persons must be just before they are generous, and that debts must be paid before gifts can be made”.
What is a Fraudulent Conveyance?
A fraudulent conveyance is a transfer of an interest in property, in circumstances where:
a) the transfer hinders or impairs the rights of a creditor or other claimant to satisfy a claim against the transferor (debtor) of the property; and
b) the transferor intends such a purpose in making the transfer

In an action to set aside a fraudulent conveyance, the plaintiff (creditor) has the burden of proving that the transfer was done with the intention of defrauding “creditors or others”.
Intention is a state of mind and a question of fact which must be proven in court. However because the defendant’s intention not usually directly known, the caselaw permits a plaintiff creditor to rely on circumstantial evidence to raise an inference of fraud which the defendant debtor must then rebut.
The courts have identified a number of suspicious circumstances, known as the “badges of fraud” which may raise this inference of fraud. The more suspicious the circumstances, the stronger the inference of fraudulent intent.
It is not necessary to prove numerous badges of fraud, as a single badge may be sufficient to give rise of an intent to defraud, deceit or delay creditors in the absence of an explanation from the defendant. Re Fancy (1984) 46 O.R. (2d) 153
The courts will examine all of the circumstances surrounding the conveyance of the property to determine if there are any “badges of fraud.”
The Supreme Court of Canada in Koop v. Smith (1915) 51 S.C.R. 355 held that the burden of establishing the bona fides ( good faith) of the transaction in such a situation shifts from a plaintiff (creditor) to the defendant ( debtor), and that care is required in scrutinizing the testimony of the parties to the transaction.
In examining transfers made between near relations under suspicious circumstances, the Supreme Court went on to rule that the principle of res ipsa loquitor applies, i.e. the facts speak for themselves. Thus, the court ruled, in such a situation the defendant must establish the transfer was bona fides by presenting corroborative evidence, independent of the testimony of interested parties.

Suspicious circumstances which our courts may characterize as “badges of fraud” include the following:
1) Secrecy surrounding the transaction
2) Cash payments were made
3) No change of possession occurred after the conveyance;
4) Transfer to non-arm’s-length person;
5) The transferor has few remaining assets;
6) The transfer was effected with unusual haste;
7) Grossly inadequate consideration was paid;
8) A benefit was retained by the transferor under the settlement;
9) The transfer was made in the face of potential litigation;
10) Lack of accurate documentation supporting the transaction.

Both the original Statute of Elizabeth and our modern Fraudulent Conveyance Act provide a statutory remedy to “creditors and others” and these words have been broadly interpreted.
Specifically in Hossay v. Newman 22 E. T. R. (2d) 150 (BCCA) our court adopted the reasoning of the Alberta Supreme Court in Dower V. Alberta Public Trustee (1962) 35 D. L.R. (2d) 29. The court found that the words “creditors and others” in the Statute of Elizabeth should be given a broad interpretation, but should only include such persons who have “legal or equitable” claims against the grantor or settler.

In the Hossay decision the plaintiff was an adult son of the deceased. He was effectively disinherited when shortly before his death, the father placed his major assets in joint tenancy with one of the defendants. The result was that the deceased’s assets passed to the defendant by operation of law and did not form part of the testator’s estate.

The plaintiff argued that the transfer of the deceased’s assets into joint tenancy was a fraudulent conveyance made to defeat his claim under the Wills Variation Act. Since a WVA claim can only be maintained against the deceased’s estate, the plaintiff sought to set aside the transfer so as to bring the assets back into the estate of his late father.

The court dismissed the plaintiff’s claim on the basis that he did not have any legal or equitable claim against his father during his lifetime. The son’s claim arose solely on death under the provisions of the Wills Variation Act, and as a result the son did not come within the meaning of the words “creditors or others” under the Fraudulent Conveyance Act.

Presumably it would be otherwise for a claim brought by a spouse. In contrast to a child of a deceased, a spouse likely does have a legal or equitable claim against the other spouse, during his or her lifetime. For example, a spouse might have a an equitable claim of unjust enrichment or constructive trust, or a legal claim under the provisions of the Divorce Act, or under provincial family law.

Creditors Need Not Exist At Time of Conveyance
In Canadian Imperial Bank of Commerce v. Boukalis ( 1987( 34 D.L.R. (4th) 481 at page 487 (BCCA) the court stated “A conveyance can be set aside even if there were no creditors when it was made.”
The transfer may be set aside if the defendants simply foresaw potential creditors who might be defeated by the conveyance. Newlands Sawmills Ltd. v. Bateman 31 B.C.R. 351.
This is especially so where a potential debtor embarks on a risky business venture knowing that there might likely be future creditors should the business fail.

In order for the Fraudulent Conveyance Act to apply it is not necessary to prove any dishonest intention on the part of the defendant. What is required is simply proof of an intention to move the property out of reach of potential creditors,. Royal Bank of Canada v. Clarke 2009 BCSC 481.

In a judgment released February 2, 2010, Abakhan & Associates Inc. Braydon Investments Ltd 2009 BCCA 521 the Court of Appeal upheld the trial judgment. At trial, the judge had set aside a conveyance as fraudulent in spite of finding that the debtor had no dishonest intent and had acted on professional advice to effect legitimate business purposes. Certainly there were bona fide business reasons for the transfer however nevertheless, once the debtor admitted an ancillary purpose was to shield the assets from potential creditors, the trial judge found the conveyance to be fraudulent.

Similarly in Chan v. Stanwood 2002 BCCA 474, the court upheld a finding of fraudulent conveyance where the defendants, on the advice of professionals, transferred their exigible (easily collectible) assets into shares in holding companies that were not “effectively exigible”. This exchange of exigible assets for preferred shares delayed, hindered, or defaulted the creditors, and the defendants did so by design. That design or purpose constituted the fraudulent intent required by the Act.

There are centuries of jurisprudence relating to fraudulent conveyances. Historically our courts have always interpreted the statute liberally and in favour of creditors. Most recently our courts have ruled there need not be a dishonest intention proven. Even a transfer made with advice for legitimate ends as limiting personal liability, may be set aside when a transfer is also intended to help to frustrate the claims of creditors.

We can expect that more and more “estate planning” type arrangements may be challenged as fraudulent conveyances by disappointed spouses who would otherwise have a substantial Wills Variation Act claim. 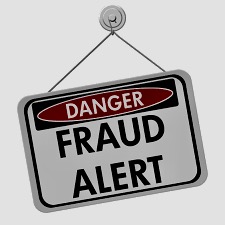