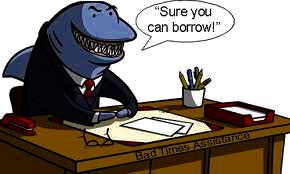 The spiralling costs of litigation has led to an increasing number of litigants and lawyers  having to seek litigation loans to fund the court case.

It is not unheard of for personal 9njury lawyers to have a million dollars in out of pocket disbursement a for such expenses as retaining experts. If possible the lawyers will get the funding from their clients, but most often either the law firm or the client or both will resort to third parties who are prepared to loan the necessary funding, albeit at high interest rates.

The Ontario divional court decision of Narbutt  v. Sharpe Beresh Gnyś  May 2016 was such a situation.

Narbutt retained lawyer Gnys to act for her in a personal injury case when she was 17.

Her lawyer Gnys arranged for his client to borrow $13,500 to fund the out of pocket expenses .  There was a contingency fee arrangement between the client and lawyer.

Lawyer Gnys failed to advise her that the funds were being loaned to her by a corporatation owned and controlled by his wife. Nor did he tell her that the person assisting her in the loan applications was a member of his law firm, and also worked for the loan company, and did not represent her interests.

At the conclusion of the litigation years later, the amount of interest claimed was $28,000 , representing an effective interest rate of 19.5%.

the law firm sued for summary judgement and was awarded the entire amount.

The award was set aside on appeal on the basis that the loan was unconscionable, expressing concern about the way the identity of the lender was concealed from Narbutt, and the lack of independent legal advice offered to her.

“Furthermore, the Appellant had every reason to believe that everyone who spoke with her about the loans was representing her interests. The Appellant dealt with the lender in the belief that the lender was independent of her lawyer, who had been instrumental in the arrangement of the loan and choice of lender. She reasonably understood her law firm as assisting her in borrowing what was for her a substantial sum of money when in fact the Respondent, Valerie Gnyś, was the lender, her lawyer was the lender’s husband and employer and Mr. Beresh, who did accident benefits work for her lawyers, was in fact acting for the lender,”

The decision points out the necessity for lawyers to insist that their clients obtain independent legal advice and that there be full disclosure of any connection between the law firm and the lender.