The plaintiffs Ms. Carter and Ms. Taylor, both of whom suffered from intractable and progressive diseases and are now deceased, joined with others in bringing this civil claim challenging the constitutionality of the Criminal Code provisions against assisted suicide and euthanasia, specifically ss. 14, 21(1)(b), 21(2), 22, 222(1)-222(5), and 241 of the Criminal Code. The main focus of their case, however, was s. 241(b), which prohibits assisting another person to commit suicide.

The plaintiffs succeeded in the court below not withstanding the previous decision of the Supreme Court of Canada in R. v. Rodriguez (1993), in which s. 241 was found not to infringe certain rights under the Canadian Charter of Rights and Freedoms.

The trial judge carried out a lengthy review of the history of the impugned provisions, expert opinion evidence on medical ethics and medical end-of-life practices, evidence from other jurisdictions, and the feasibility of safeguards for physician-assisted suicide. She concluded that safeguards could be put into place to protect against the risks associated with physician-assisted dying; that the evidence did not support an increased risk for elderly individuals; and that the risks inherent in permitting physician-assisted death could be “very substantially minimized through a carefully-designed system imposing stringent limits that are scrupulously monitored and enforced.” The trial judge recognized that the existence of “a different set of legislative and social facts” might not on its own warrant a fresh enquiry under s. 1 of the Charter, but found that a change in the applicable legal principles had also occurred since Rodriguez was decided, such that she was no longer bound by it.

In particular, the trial judge was of the view that Rodriguez had not considered the right to “life” in s. 7, nor the principles of overbreadth or gross disproportionality, which in her view were not fully formed principles of fundamental justice when Rodriguez was decided. As well, she found that s. 15 was open to her to consider, since the majority of the Court in Rodriquez had only assumed a violation of s. 15 and had proceeded to the question of justification under s. 1 of the Charter.

With respect to s. 15, the trial judge concluded that the impugned provisions created a distinction on the basis of the analogous ground of physical disability by denying disabled individuals access to physician assistance which was necessary for them to commit suicide, while able-bodied individuals had no legal impediment to committing suicide. She found that the effect of this distinction was to create a disadvantage by perpetuating prejudice and stereotyping. The trial judge concluded that the violation of s. 15 could not be saved by s. 1 because it failed the minimal impairment test and at the proportionality stage of the analysis.

With respect to s. 7, the trial judge concluded that the right to life was engaged because the prohibition had the effect of causing some people to end their lives sooner than they would if physician-assisted dying was available to them. As well, she concluded that these deprivations were not in accordance with principles of fundamental justice in that the effects of s. 241 were overbroad and grossly disproportionate to the interests of the state sought to be achieved by s. 241.

In the result, the trial judge granted two declaratory orders, one under s. 15 and one under s. 7. Each declaration was to the effect that the impugned provisions of the Criminal Code infringed the Charter and are of no force and effect to the extent that they prohibit physician-assisted suicide “by a medical practitioner in the context of a physician-patient relationship, where the assistance is provided to a fully informed, non-ambivalent competent adult patient” who is free from coercion and undue influence, not clinically depressed, and suffers from a “serious illness, disease or disability (including disability arriving from traumatic injury), is in a state of advanced weakening capacities with no chance of improvement, has an illness that is without remedy as determined by reference to treatment options acceptable to the person, and has an illness causing enduring physical or psychological suffering that is intolerable to that person and cannot be alleviated by any medical treatment acceptable to that person.” The declarations were suspended for one year, but the plaintiff Ms. Taylor was granted a constitutional exemption to enable her to obtain physician-assisted death during the one-year period. Ms. Taylor died prior to the hearing of this appeal. The Attorney General of Canada (“AGC”) appealed and various groups – some supporting the trial judgment and some opposing it – joined as intervenors.

The majority (per Newbury and Saunders JJ.A.) found the trial judge was bound by stare decisis (or “binding precedent”) to apply Rodriguez. The test for the application of stare decisis begins with the question of what the earlier case decided. Dealing first with s. 7 of the Charter, the majority found that “life” as it appears in s. 7 had been considered in Rodriguez as a counterweight to liberty and security of the person. Since Rodriguez, courts have continued to regard the making of personal decisions regarding one’s body as falling under the “security of the person” or “liberty” rubric in s. 7, while “life” has been interpreted in its existential sense, not its qualitative sense. Although Chief Justice Finch suggested in his reasons that “life” includes the ability to enjoy various experiences and to make various decisions, the majority stated that those who have only limited ability to enjoy such blessings are no less “alive” and have no less a right to “life”, than able-bodied and fully competent persons. Charter protection cannot be extended to such experiences.

In any event, Rodriguez found that the prohibition on assisted-dying accorded with the principles of fundamental justice.

The majority reviewed the principles of fundamental justice as interpreted by the Supreme Court of Canada over the years. Although particular “tests” have varied, the essential exercise has been to evaluate broadly the rationality and normative balance struck by the law in question. The case law relating to arbitrariness, overbreadth and disproportionality illustrated that these were fluid concepts and that disproportionality was not a “new” principle of fundamental justice established by the Supreme Court of Canada in 2003 (in Malmo-Levine), as suggested by the trial judge. The use of different “lenses” employed under s. 7 from time to time does not mean that new principles have been established, making all previous decisions under s. 7 no longer binding. 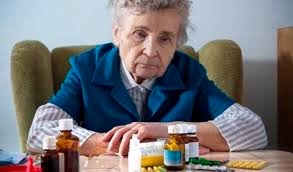 Committeeship: The Criteria For Who Gets Appointed 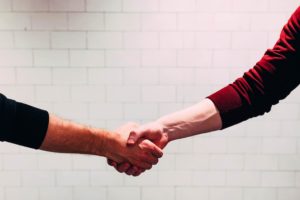 Notaries May Not Draw Wills with Trusts or Life Interests

Life Estate Can Be Partitioned