Wills Variation: BC Court Overturns Will 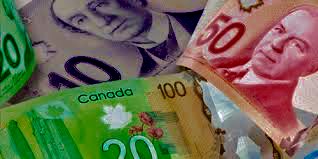 The British Columbia Court over turned and varied a will where his four daughters had been left with nothing.

William Werbenuk died more than two years ago with just enough money in the bank to pay for his funeral. The 86-year-old widower’s will gave all assets to his only son, Randall, and left his four daughters with nothing.

This week, a B.C. Supreme Court judge overturned the Pentiction, B.C., man’s will, saying his estate should be distributed to all of the man’s children based on “contemporary moral standards” – a move that has sparked much debate about a judge’s right to change a person’s will after they die.

Justice Randall Wong, ordered the estate, including Mr. Werbenuk’s Saskatchewan farmland and a valuable and extensive violin collection, be split according to need among Mr. Werbenuk’s son and four daughters, three of whom testified having endured years of abuse at the hands of their father.

The daughters have a “valid moral claim to share in the family wealth,” Judge Wong ruled.

According to the ruling, Mr. Werbenuk physically and emotionally abused his daughters. As punishment, their father regularly forced them to wash his feet, the women testified – a detail that helped lead Judge Wong to decide that the father was a “hard and rigid man who ruled his family, and especially the women, with an iron fist.”

Some criticized Judge Wong’s decision as a threat to “testamentary autonomy,” or, in other words, a person’s right to give their assets to whomever they want – a long running and divisive debate among B.C.’s litigators and defenders.

“There are lots of people in the bar in B.C., myself included, who think people should be allowed to give their stuff to whoever they want it to be given to,” said Bruce Hallsor, partner at Crease Harmon LLP in Victoria a d the immediate past president of the Canadian Bar Association’s national section on wills and trust.

“This gentleman, in this particular case, seems to be of unfortunate temperament and old-fashioned. The day before he died, he could have given everything he owns to his son.”

In British Columbia, a parent has a moral obligation to provide for their children after death under the Wills Variation Act, said Trevor Todd, a lawyer who exclusively defends disinherited people. It’s also the only province in which a non-dependent adult child can challenge his or her deceased parent’s will.

In most other provinces, only dependents and spouses can appeal a will before a judge through a similar wills variation act, he said.

The Wills Variation Act has helped many adult children who feel they have been unjustly denied their parents’ wealth after death, said Mr. Todd.

“I see lots of cases like that, where the children are damaged goods,” he said. “What a lot of these cases are is the last kick at you from the grave, the last insult.”

Judges are often sensitive to that and they do need to make judgments on individual cases because they’re all so different, he said.

A parent may explain why children were disinherited, but that’s only one side of the story, said Mr. Todd.

“Sometimes you’ll see wills where a father will be disinheriting his daughter, saying ‘She hasn’t called me in 30 years,’ When you tell the daughter dad says he hasn’t seen her, that they’re estranged, she might say ‘God damn right we are, he molested me,” Mr. Todd said.

Randall Werbenuk’s lawyer, Charles Albas, said his client is “devastated” by the judge’s ruling. He felt he was following his father’s wishes and that his estranged sisters were exaggerating.

Judge Wong empathized with the harsh life the daughters had been subjected to and Randall Werbenuk has to accept that, Mr. Albas said.

“[My client] is of the opinion that the judge was unduly hard on him. He basically did what his dad told him and he had a reasonable expectation that in doing that, he would be rewarded [in the will],” he said.

Randall Werbenuk will now receive 20% of his father’s assets.

His lawyer is considering an appeal.