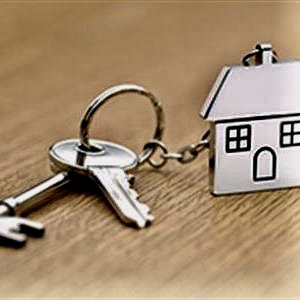 In evaluating the claim for occupation rent, the jurisprudence establishes that a court has jurisdiction to grant occupation rent where it would be equitable and reasonable to do so. The court should look to a number of factors, including when the claim was first raised, the duration of the occupancy, as well as other circumstances existing between the parties: McColl v. McColl (1995), 12 R.F.L. (4th) 449; McKinlay v. McKinlay (1996), 22 R.F.L. (4th) 212. I subscribe to the observations of J.W. Quinn J. as set forth in paragraph 57 of Higgins v. Higgins, [2001] O.J. No. 3011. I think the case of Adams v. Adams (2001), 15 R.F.L. (5th) 1, relied upon by the defendant, to have little application to this case in that there the amounts paid by the husband were “prepayments” on the mortgage and were agreed by him to have been paid voluntarily for the family’s benefit. The expenses paid by the plaintiff in this case were not of that type or for that purpose.

I accept the defendant’s submission, supported as it is by remarks in Higgins, supra that as a basic proposition there should be an allowance for occupation rent if there is a claim for expenses during occupancy and prior to sale. The evaluation of those competing interests has to be decided based on all the circumstances in the case.

The facts of this case do not support the respondent’s claim for occupancy rent. The respondent’s inability to use the matrimonial home arose from his criminal conduct when he assaulted the applicant. The applicant has been solely responsible for all of the household expenses since separation. It is not reasonable or equitable to award occupation rent given these facts. The request is denied.

103      When these decisions are reviewed, it is clear that the Court has the ability to consider the equities of the case in deciding whether to order occupation rent. The conduct of Mr. Ajayi in assaulting Ms. Oziegbe is a factor that supports denying Mr. Ajayi’s claim for occupation rent. However, I am of the view that this factor is outweighed by the factors in favour of granting occupation rent. These factors are:

a) The title to half the property should have been with Mr. Ajayi, and his equity has been tied up in the home, preventing him from investing it elsewhere.

b) Mr. Ajayi is responsible for the carrying costs for the home. As noted by Glithero J. in Erb, supra, where there is a claim for expenses there should be an allowance for occupation rent.

c) The delay in Mr. Ajayi obtaining his equity between September of 2015 and now is as a result of Ms. Oziegbe defending this case, and claiming that there was no resulting trust.

104      The parties have agreed on the amount that should be charged for occupation rent, and I have included that in my calculations in Appendix “1”. When the carrying costs are set off against the occupation rent, then Mr. Ajayi owes Ms. Oziegbe an adjustment of $5,773.44, which will be paid out of the proceeds from the house.