The BC Court of Appeal in Kish v Sobchak 2016 BCC65 discussed that the relief sought in wills variation claims is discretionary to the trial judge and how the appeal court should  handle discretionary remedies on appeal.

The entire jurisdiction of the trial judge under the statute is discretionary in character. The relief which may be granted under it is completely dependent on his opinion, first, as to whether adequate provision for proper maintenance and support has been provided for the spouse and children under the will, and second, if adequate provision is not thought to be made, as to what provision should be made.

This being so, that Court has the power and the duty to review the circumstances and reach its own conclusion as to the discretion properly to be exercised.

The line between the exercise of judicial discretion and the finding of facts is not easy to enunciate.

An issue falls within a judge’s discretion if, being governed by no rule of law, its resolution depends on the individual judge’s assessment (within such boundaries as have been laid down) of what it is fair and just to do in the particular case. He or she has no discretion in making his findings of fact. There is  no discretion in the rulings on the law. But when, having made any necessary finding of fact and necessary ruling of law, he has to choose between different courses of action, orders, penalties or remedies he then exercises a discretion. It is only when he reaches the stage of asking himself what is the fair and just thing to do or order in the instant case that embarks on the exercise of a discretion.

The standard of review applicable in Canada to the exercise of judicial discretion is found in Friends of the Oldman River Society v. Canada (Minister of Transport) [1992] 1 S.C.R. 3. T

The law as to the reversal by a court of appeal of an order made by the judge below in the exercise of his discretion is well-established, and any difficulty that arises is due only to the application of well-settled principles in an individual case. The appellate tribunal is not at liberty merely to substitute its own exercise of discretion for the discretion already exercised by the judge. In other words, appellate authorities ought not to reverse the order merely because they would themselves have exercised the original discretion, had it attached to them, in a different way. But if the appellate tribunal reaches the clear conclusion that there has been a wrongful exercise of discretion in that no weight, or no sufficient weight, has been given to relevant considerations such as those urged before us by the appellant, then the reversal of the order on appeal may be justified.

Second, in declining to evaluate, difficult as it may have been, whether or not the failure to render natural justice could be cured in the appeal, the learned trial judge refused to take into consideration a major element for the determination of the case, thereby failing to exercise his discretion on relevant grounds and giving no choice to the Court of Appeal but to intervene. [At 76-7; emphasis by underlining added.]

This standard was affirmed and supplemented more recently in Penner v. Niagara (Regional Police Services Board) 2013 SCC 19, where the Court stated:

Well before Tataryn was decided (but after Swain v. Dennison), summary trial procedures had of course been introduced in British Columbia and elsewhere. It was clear, certainly in this province, that summary trials were not limited strictly to cases in which there were no conflicts in the evidence. In Orangeville Raceway Ltd. v. Wood Gundy Inc. [1995] 6 B.C.L.R (3d) 391 (C.A.), which was not a WVA case, this court discussed the standard of review on appeals from summary trial judgments. At para. 44, the Court considered whether it was entitled to set aside the judgment below and substitute its own views for those reached by the chambers judge “simply because he did not have the advantage of observing the witnesses as their testimony was tested by cross-examination”. Mr. Justice Goldie for the Court answered this question in the negative, adopting the comments of Mr. Justice Taylor in an earlier case as follows:

So far as findings of fact are concerned, the onus on the appellant in an appeal against a summary disposition of issues made without oral testimony under R. 18A, cannot be merely to persuade the appeal court to a different view of the evidence. The appellant must show that the chambers judge reached a conclusion which cannot reasonably be supported. That is a heavier burden than merely to establish that the appeal court would have made different findings, or have drawn different inferences. 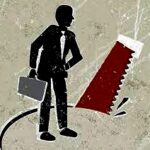 Children "Adopted Out" Are Not Descendants 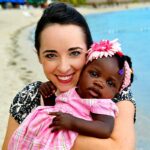