Sarzynick v Skwarchuk 2021 BCSC 443 discussed the fiduciary obligations that an ad hoc fiduciary attorney under a power of attorney would owe in equity that have largely been codified in the Power of Attorney Act, R.S.B.C. 1996, c.370 (“PAA”):

For example, s. 19(1) of the PAA now mandates that an attorney must “act honestly and in good faith” and “exercise the care, diligence and skill of a reasonably prudent person”.

Moreover, s. 19(1)(d) requires that an attorney “keep prescribed records and produce the prescribed records for inspection and copying at the request of the adult.”
An attorney is required to act in the “adult’s best interest’s” when managing and making decisions about the adult’s financial affairs: PAA, s. 19(2).

Finally, pursuant to s. 19(4) of the PAA, an attorney must keep their own property separate from the donor’s property.

Section 2(1) mandates that an attorney acting under an enduring power “must make a reasonable effort to determine the adult’s property and liabilities as of the date on which the attorney first exercises authority on the adult’s behalf” and “maintain a list of that property and those liabilities.”

Further record keeping obligations are imposed under s. 2(2) of the Regulation, which provides as follows:

(2) An attorney acting under an enduring power of attorney must keep the following records in relation to the period for which the attorney is acting:
(a) a current list of the adult’s property and liabilities, including an estimate of their value if it is reasonable to do so;
(b) accounts and other records respecting the exercise of the attorney’s authority under the enduring power of attorney;
(c) all invoices, bank statements and other records necessary to create full accounts respecting the receipt or disbursement, on behalf of the adult, of capital or income.

In short, the Regulation imposes fairly robust record keeping obligations on those acting under an enduring power of atto
The standard of care for an attorney, which has now been codified under s. 19(1) of PAA, was well-established in the case law by 2008.

For example, in Andreasen v. Daniels-Ferrie, 2001 BCSC 1503 at para. 27, the requisite standard of care for a fiduciary acting under a power of attorney was described as follows:
even where the attorney acts gratuitously he or she has a duty to account, to exercise reasonable care as would a typically prudent person managing his or her own affairs, and not act contrary to the interests of the donor. 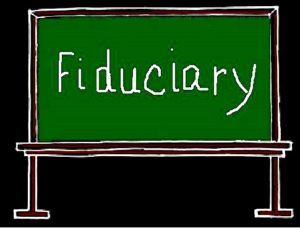