Admissibility of Out of Court Statements 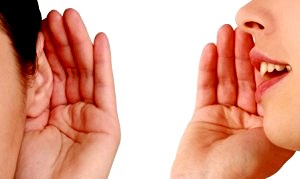 Documents such as diaries, notes, letters and various statements made by witnesses out-of-court, are normally not admissible by reason of hearsay, but may be admissible if adduced for a purpose other than proof of its contents, when it then becomes circumstantial evidence and is admissible if relevant. Regina v. Khelawon 2006 SCC 57 at paras 56-57

Various documents such as diaries notes and letters were introduced as evidence and the Court dealt with the issue of hearsay evidence, and distinguish the difference where evidence is adduced for the proof of its contents, and thus generally in admissible, as opposed to documents, statements, and such instead amounting to circumstantial evidence and being admissible  if relevant.

The following quote is from this decision on the issue of admissibility of out-of-court statements:

180       During the course of the trial a number of out-of-court statements of individuals who were not called as witnesses at the trial were led. By way of example, there were numerous references to statements made by Bart to all of the parties and to the doctors. There was extensive reference to Bart’s diary which was a daily record of activities that he kept. There were other writings of Bart including a handwritten note that Bart prepared outlining his view of Caroline’s actions, which he provided to his lawyer Lynda Cassels. There were also references to statements that Dennis Vance, the Beacon Homecare caregiver, made to witnesses including to Caroline.

182 When such out-of-court statements were led in this case, I have not considered them for the truth of their contents as hearsay. For example, statements and writings by Dennis Vance, are relevant to explain actions that Caroline subsequently took to respond to the information relayed to her through Dennis Vance, but not for the truth of their contents.

Similarly, Bart’s statements to various healthcare providers, to his lawyers and in his diary and other writings constitute statements of fact of his mental state at the time. These statements are admissible as a state of mind or present intentions exception to the hearsay rule as described by Iacobucci J. in v. Starr, 2000 SCC 40 (S.C.C.) (para. 168).

Caroline has the papers at her home. Necessary to execute moms “will”. Papers will not be returned because Carol needs them. June 15/09185     Caroline wrote in order to help her father remember:

? In the bank?? Carol I will fight

How about my will Carol!!! Are you going to act the same as you did with my money you to the end!! [sic]

187     This note is highly relevant to demonstrate Barts state of mind and concerns about Caroline’s actions. A further two-page handwritten note of Bart’s which he provided to Lynda Cassels   constitutes a disjointed, repetitive and occasionally illegible narrative which again provides evidence as to the frailty of Bart’s faculties at the time that  he wrote it. It also provides evidence of the erroneous conclusions that Bart had drawn with respect to Caroline’s actions

188     As I have noted elsewhere, one of the greatest ironies of this evidence of Bart’s state of mind is that he demonstrated repeated concerns that Caroline was taking advantage of him financially to the detriment those concerns about Caroline’s actions were the actions that the Goss defendants did in fact take. By the time of Bart’s death, both the house and condominium were in joint names with Thea, and Dennis Goss represented both of those real estate transfers as gifts so that the estate was almost completely dissipated by the time he applied for probate