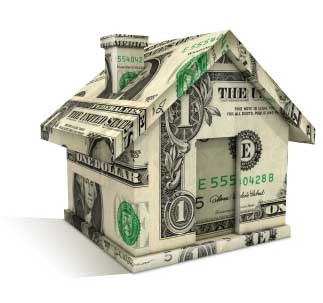 Dosanjh v Liang  2015 BCCA 18 disapproved of the use of using assessments to value property and prove damages in it’s valuation, and that the better practice is to use appraisers, especially for historical valuations.

Here are excerpts paragraphs 57-70 that discus the issue:

[58] In deciding to admit the assessment as evidence, the trial judge referred to a number of family law cases in which assessments had been used by the trial court to determine the value of real property. She purported to rely on the opening words of Rule 11-7 of the Supreme Court Civil Rules, B.C. Reg. 168/2009, as providing her discretion to admit the evidence.

[59] There is some difficulty in relying on family law cases for the proposition that assessments should be admissible evidence to determine the value of real property. While the rules of evidence are applicable to family law proceedings, they are often applied in a relaxed manner. I agree with the recent observations of Kent J. in Walker v. Maxwell, 2014 BCSC 2357:

[64] Of course, one of the stark realities of family law litigation is that the parties are often unrepresented by counsel and/or are unable to afford the substantial cost of experts and the procuring of expert evidence.

[65] Evidence in family law cases is subject to the same rules applicable to any other area of civil law. In reality, however, the technical yields to the practical and the strict rules of evidence are often ignored or accorded only slight deference.

[60] While trial courts have, with some frequency, admitted property assessments as evidence of property value in family law cases, they have generally done so either with the agreement of the parties, or, alternatively, where no other evidence of value has been tendered (e.g. Chung v. La, 2011 BCSC 1547). Where proper expert evidence of value has been tendered, the courts have been reluctant to consider property assessments as evidence (see, for example, Hall v. Mougan, 2009 BCSC 645).

[61] In family law cases, a court is often faced with having to assess the value of real property in a situation where neither side is clearly subject to any burden of proof. Rather, the court is simply required to estimate the value of property for the purpose of dividing a family asset. It is not surprising, in such situations, that a court may “grasp at straws” in an attempt to reach a just result. It is simply a matter of doing the best job possible with limited evidence.

[62] It seems to me that different considerations arise in non-family cases, where one party or the other will generally bear the onus of producing evidence of property value.

[63] It is not necessary, in this case, to make any pronouncement as to the scope for admission of property assessments as evidence of property value in family law cases, and I will refrain from doing so. In my view, however, there is, absent agreement, no scope for using assessments in place of expert opinion evidence in cases such as the present one.

[64] The trial judge erred in her reliance on the opening words of Rule 11-7. The relevant provisions of the rule are as follows:

11-7 (1) Unless the court otherwise orders, opinion evidence of an expert, other than an expert appointed by the court under Rule 11-5, must not be tendered at trial unless

(a) that evidence is included in a report of that expert that has been prepared and served in accordance with Rule 11-6, and

(6)At trial, the court may allow an expert to provide evidence, on terms and conditions, if any, even though one or more of the requirements of this Part have not been complied with, if

(a) facts have come to the knowledge of one or more of the parties and those facts could not, with due diligence, have been learned in time to be included in a report or supplementary report and served within the time required by this Part,

(b) the non-compliance is unlikely to cause prejudice

(i) by reason of an inability to prepare for cross-examination, or

(ii) by depriving the party against whom the evidence is tendered of a reasonable opportunity to tender evidence in response, or

(c) the interests of justice require it.

[65] Rules 11-6 sets out special requirements for expert opinion evidence. It is designed to ensure that adequate notice is given of the intention to adduce expert evidence, and to ensure that expert reports are presented in a particular form. Rule 11-7 allows the court to dispense with the requirements of Rule 11-6 in certain limited circumstances (see Perry v. Vargas, 2012 BCSC 1537 and XY, LLC v. Zhu, 2013 BCCA 352).

[66] In those limited circumstances, Rule 11-7 allows a judge to admit opinion evidence at trial where the evidence, though otherwise admissible, fails to meet the requirements of Rule 11-6. Nothing in Rule 11-7 purports to allow a judge to admit into evidence an expert opinion that does not meet the requirements of R. v. Mohan, [1994] 2 S.C.R. 9.

[68] I acknowledge, again, that these sorts of difficulties have not always been seen as precluding the admission of assessments as evidence of value in family law cases (see, for example, Dykman v. Dykman, 2011 BCSC 883). Whatever discretion a court may have to admit such evidence in a family law case, however, it did not have that discretion in the case before us.

[69] As the trial judge observed, there was some evidence before her to the effect that the market value of the property in September 2011 was substantially higher than the contract price. The evidence of how much higher, however, was minimal. Given that the assessment report was not admissible, the trial judge was faced with a formidable (perhaps impossible) task in trying to determine the quantum of damages.