Agreements Not to Revoke a Will 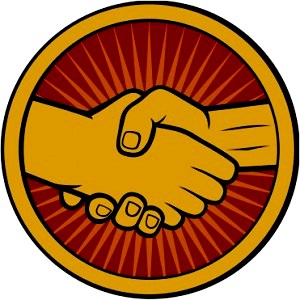 Binding Agreement Not to Revoke Will

The general principle in law is that a will is always revocable.

Most married couples execute what are commonly known as mirror wills, as the wills are virtually identical but for the change of names between the testators.

In a mutual will situation however there must be evidence of an agreement not to revoke one’s will that must be  clear and unequivocal.

If the court finds that there was a binding agreement between the parties, and one of the parties subsequently revokes that will and executes another, then the beneficiaries of the revoked will have a claim in law for constructive trust against the offending testator’s estate and its beneficiaries.

In this case, the husband agreed to give his wife a life interest in a condominium, make provisions in his will giving her a life interest in another property he might own at his death, and transferring to her his registered retirement income funds.

In exchange, the female party agreed to use the condominium for maintenance and support during her lifetime and to make a will which provided for in your revocable gift of the remainder of her estate to the males estate after gift of $30,000 was paid to each of her children.

The court referred to each of their wills/codicil and noted for example that the male parties’ will contained the following words:

“and it is understood that this paragraph of my will shall be your revocable, this life estate being granted to my wife in consideration of the term in her will providing for the remainder of her estate, after gift of $30,000 paid to each of her children, to fall into my estate.

The wife had similar wording in her will.

The husband subsequently died and the wife shortly thereafter changed her will on two occasions prior to her death, and change the beneficiaries from her late husband’s estate, to her own new beneficiaries.

THE LAW AND ANALYSIS

[57]    ”  The doctrine of mutual wills has traditionally been applied in cases where individuals have made separate wills pursuant to an agreement with respect to their terms.  Most commonly, they have agreed that each will obtain a benefit under the other’s will and that other specified individuals will receive the property of each of them on the death of the survivor.  In some cases of this sort, the benefit obtained by the survivor under the other’s will has been a life interest; in other cases, it has taken the form of an outright gift.  Where the requirements for the application of the doctrine are satisfied, the survivor will not be permitted to defeat the agreement by revoking his or her will after the death of the other.  This result is achieved by the imposition of a constructive trust on the survivor’s estate for the benefit of those who were intended to benefit under the agreement. ( emphasis added)

[58]      The most fundamental prerequisite for an application of the doctrine is that there be an agreement between the individuals who made the wills.  It has been repeatedly insisted in the cases that:  (a) the agreement must satisfy the requirements for a binding contract and not be “just some loose understanding or sense of moral obligation” (Re Goodchild (Deceased), [1996] 1 All E.R. 670 (Ch. D.), at p. 681)[;] … [b] It must be proven by clear and satisfactory evidence; and (c) it must include an agreement not to revoke the wills.”

This doctrine was also discussed extensively by Madam Justice Southin for the Court of Appeal in Brynelsen Estate (Administrator of) v. Verdeck and O’Hara, 2002 BCCA 187 at paras. 14-29.