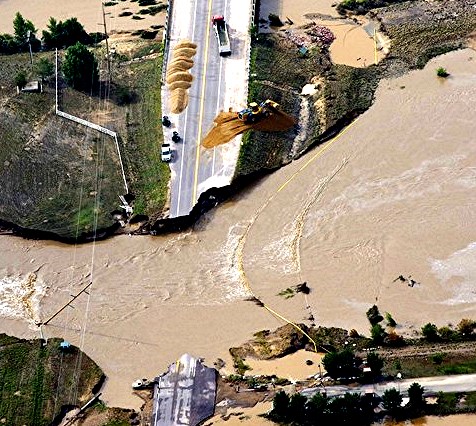 I discovered a 1992  court decision  debunking the theory of “floodgates of litigation “– a long time insurance industry alarm akin to the sky will fall, unless restrictions are put on various types of claims, usually through legislation or sometimes the courts, to limit the amount of damages or the types of cases that may be brought before the courts.

It is legally analogous to the “Domino Theory” of communism that prevailed at the United States State Department throughout the last several decades of the last century.

The facts of the case itself are not necessarily important – I think it is simply the recognition by a court of appeal that like most floodgates of litigation arguments, the one raised in this case was specious.

Finally, the respondent threatened us with the “floodgates” argument: if the purchaser of a patented article is to be held to be an implied non-exclusive licensee and thereby to have the right to claim for damages for infringement pursuant to section 55, there will be no end to infringement actions by all the ultimate purchasers of all the patented monkey wrenches, ballpoint pens, flashlights, clocks and whatnots that human ingenuity has invented and placed on the market.