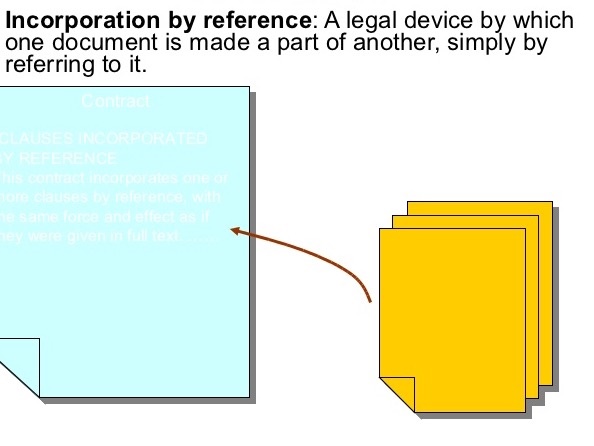 Incorporation by reference typically occurs when a trust company is appointed executor and the deceased’s will makes reference to a certain fee agreement entered into between the then client and the trust company to retain their services as executor/trustee and to pay a  fee schedule.

Another common example is the  reference to a memorandum of items to be distributed as part of the will, without actually being contained within the will itself.

Re Marshall Estate 39 ETR ( 2d) 87 is such a case re  an undated memorandum of personal items found in the deceased’s personal effects several weeks after death.

The court found that the memorandum had obviously been prepared shortly before the will and was instructions for the will and not meant to be testamentary in character.

No inconsistency existed between the memorandum and the will and the memorandum was simply the memorandum referred to in the will, and those portions of it pertaining personalty were admitted into probate by incorporation of reference .

Theobald On Wills 13th ed.para 275 : “Even though the documents may be invalid as an independent instrument, it will take effect if incorporated by reference in the will, as part of the testamentary disposition”

Re Jackson (1985 ) 2 WWR 91 allowed parol evidence to be admitted for the purpose of determining whether the memorandum was the one referred to in the will.