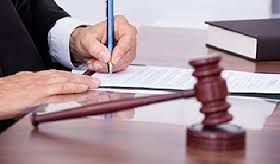 The Public Guardian and Tristee for BC v Johnston 2016 BCSC 1388 discusses the requirements of proper pleadings and when the Court may intervene to strike out, stay the proceedings, or amend the pleadings of a party.

An application was brought under Rule 9-5 (1) to strike portions of a rambling 32 page response.

The Court stated the following about the requirements of proper court pleadings:

[39] The applicants rely on Rule 9–5(1) of the SCCR. It provides that, at any stage of the proceeding, the Court may order that the whole or any part of the pleading or other document be struck or amended on the ground that:
a) it discloses no reasonable claim or defence, as the case may be;
b) it is unnecessary, scandalous, frivolous or vexatious;
c) it may prejudice, embarrass or delay the fair trial of the proceeding; or
d) it is otherwise an abuse of the process of the court.

[40] Where one or more of the grounds enumerated in Rule 9-5(1) are made out, the Court may pronounce judgment or order that the proceeding be stayed or dismissed, and that the costs of the application be paid as special costs.

[42] The paramount function of pleadings is to define the issues of fact and law with clarity and precision, in order to give the opposing party fair notice of the case to be met at trial. Equally important is that by defining the essential contours of the case, pleadings facilitate useful pretrial case management, establish the parameters of pretrial discovery and disclosure, and determine the necessity and scope of expert opinions: Keene v. British Columbia (Ministry of Children and Family Development) & Others, 2003 BCSC 1544; Sahyoun v. Ho, 2013 BCSC 1143 [Sahyoun].

[43] Pleadings are not a vehicle to outline a detailed narrative of the facts and events that may have bearing upon the case. Evidence is not to be included: Sahyoun at para. 29; Rule 3-7(1). Rather, pleadings must be summary in nature, setting out a concise and orderly statement of the material facts that give rise to the claim (or counterclaim), establish a defence, or relate to matters raised by the claim: Doerksen v. First Open Heart Society of British Columbia, 2010 BCSC 1291.

[46] Particulars and material facts are different in their character and purpose. Broadly speaking, particulars are intended to limit the generality of the pleadings and the issues to be tried; enable the other side to properly prepare for trial; tie the hands of the party supplying the particulars; and inform the opposing party what the pleader intends to prove, as distinct from the mode in which the case is to be proved: Cansulex Ltd. v. Perry, 1982 CarswellBC 836 (C.A.). They should follow the material facts and be identified as such. Although particulars must supply sufficient detail of the case to be met, they are not to include the evidence that is anticipated will be adduced at trial to prove the pleaded facts.

[48] Where a party pleads a legal conclusion such as, for example, the existence of a duty of care or of a fiduciary duty, sufficient material facts must be pleaded to support that conclusion: Ferstay v. Dywidag Systems International, 2008 BCSC 793; Rule 3‑7(9).

[49] Where, as in the case at hand, there are allegations of fraud, breach of trust, undue influence and misrepresentation, inclusion of full particulars, including the dates and items as they are known at the time of the pleading, are mandatory: Rule 3‑7(18).

[50] Rule 9‑5(2) confirms that no evidence is admissible on an application brought to strike a pleading on the ground that it does not disclose a reasonable claim or defence. The facts are to be taken as pleaded. Evidence is admissible, however, in relation to the other grounds.

[51] In Citizens for Foreign Aid Reform Inc. v. Canadian Jewish Congress, 36 C.P.C. (4th) 266, 1999 CarswellBC 2111 (S.C.), Romilly J. provided an overview of the key principles that inform the analysis of whether a pleading ought to be struck under the predecessor to sub-rules 9-5(1)(b) and (c) at para. 47:
[47] Irrelevancy and embarrassment are both established when pleadings are so confusing that it is difficult to understand what is being pleaded: Gittings v. Caneco Audio-Publishers Inc. (1987), 17 B.C.L.R. (2d) 38 (B.C.S.C.). An “embarrassing” and “scandalous” pleading is one that is so irrelevant that it will involve the parties in useless expense and will prejudice the trial of the action by involving them in a dispute apart from the issues: Keddie v. Dumas Hotels Ltd. (1985), 62 B.C.L.R. 145 at 147 (B.C.C.A.). An allegation which is scandalous will not be struck if it is relevant to the proceedings. It will only be struck if irrelevant as well as scandalous: College of Dental Surgeons of B.C. v. Cleland, (1968), 66 W.W.R. 499 (B.C.C.A.). A pleading is “unnecessary” or “vexatious” if it does not go to establishing the plaintiff’s cause of action or does not advance any claim known in law: Strauts v. Harrigan, [1992] B.C.J. No. 86 (Q.L.) (B.C.S.C.). A pleading that is superfluous will not be struck out if it is not necessarily unnecessary or otherwise objectionable: Lutz v. Canadian Puget Sound Lumber and Timber Co. (1920), 28 B.C.R 39 (C.A.). A pleading is “frivolous” if it is obviously unsustainable, not in the sense that it lacks an evidentiary basis, but because of the doctrine of estoppel: Chrisgian v. B.C. Rail Ltd. et al. (6 July 1992), Prince George Registry 20714 (B.C.S.C.).

[53] That being said, so long as the pleadings do not confuse the opposing party or make it difficult for that party to understand the case that must be met, sheer verbosity does not ordinarily provide sufficient justification for striking a claim: Doyle at para. 4; 347202 B.C. Ltd. v. Canadian Imperial Bank of Commerce, [1995] B.C.J. No. 449 (S.C.); Stanley v. KCL West Holdings Inc. et al, 2004 BCSC 1555.

[54] A crucial consideration in determining whether to strike a pleading under Rule 9‑5(1)(a) is whether it can be preserved by amendment: International Taoist Church Canada v. Ching Chung Taoist Association of Hong Kong Limited, 2011 BCCA 149. The prospect of rectifying deficient pleadings by way of amendment is also a factor in considering whether the pleading ought to be struck on the other grounds: Ahmed v. Assu, 2014 BCSC 1768; Willow v. Chong, 2013 BCSC 1083 at para. 23.