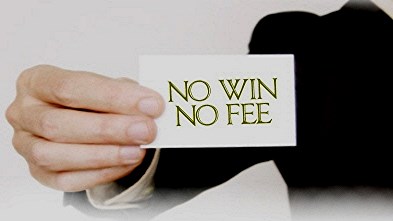 Norris v Burgess 2016 BCSC 1451 stated the law for quantifying special costs and then applied that amount towards the plaintiff’s contingency fees.

Norris was an ICBC case where the judge in a Jury trial found fault on the insurer for the late production of a video and photos and awarded special costs in the same amount as the plaintiff’s entire %30 contingency fee , amounting to $155,340 plus out of pocket expenses for the court action ( disbursements).

The same reasoning should apply to estate litigation cases where the opposing party is awarded special costs against them in the same amount as the plaintiff’s legal fees work out to be on a contingency fee basis between the client and the lawyer.

(3) On an assessment of special costs, a registrar must

(a)   allow those fees that were proper or reasonably necessary to conduct the proceeding, and

(b)   consider all of the circumstances, including the following:

(i)               the complexity of the proceeding and the difficulty or the novelty of the issues involved;

(ii)              the skill, specialized knowledge and responsibility required of the lawyer;

(v)             the conduct of any party that tended to shorten, or to unnecessarily lengthen, the duration of the proceeding;

(vi)            the importance of the proceeding to the party whose bill is being assessed, and the result obtained;

(vii)           the benefit to the party whose bill is being assessed of the services rendered by the lawyer;

[80]         In Gichuru, our Court of Appeal summarizes the general principles related to the assessment of costs by a judge:

[154]    We would briefly summarize the principles as discussed above. The decision to fix the quantum of costs under R. 14-1(15) is a matter of judicial discretion that should be sparingly exercised. The court officer best placed to conduct an assessment is usually the registrar, whose knowledge and experience in assessing legal bills is extensive and seldom matched by that of a trial judge. An exception may arise in cases when the judge is intimately familiar with the litigation or the time and cost of a registrar’s hearing cannot be justified or where the parties consent. The fact that a judge has heard the trial does not necessarily lead to the conclusion that the best use of judicial resources is for the judge to assess costs. A concern that a party who might have to pay costs will prolong the costs assessment by requiring a microscopic review of the services provided by counsel must be balanced against the right of that party to challenge the reasonableness of the proposed costs.

[155]    When assessing special costs, summarily or otherwise, a judge must only allow those fees that are objectively reasonable in the circumstances. This is because the purpose of a special costs award is to provide an indemnity to the successful party, not a windfall. While a judge need not follow the exact same procedure as a registrar, the ultimate award of special costs must be consistent with what the registrar would award in similar circumstances. Thus, a judge must conduct an inquiry into whether the fees claimed by the successful litigant were proper and reasonably necessary for the conduct of the proceeding as set out in R. 14-1(3)(a), taking into account all of the relevant circumstances of the case and with particular attention to the non-exhaustive list of factors in R. 14-1(3)(b).

[156]    A special costs assessment, whether before a judge or a registrar, cannot proceed in absence of evidence of the amount of legal fees incurred. Usually this will be provided in the same form as a bill between a solicitor and client under the Legal Profession Act. This is necessary to allow a court to inquire as to the objective reasonableness of the fees claimed by a litigant, as the fact that a solicitor has billed a certain sum does not necessarily make the fee reasonable. Where production of a bill of special costs would lead to a loss of solicitor-client privilege, the party seeking special costs must either waive privilege or can elect to preserve privilege by having its costs assessed after all appeals are exhausted.

[1]             The plaintiff was successful at trial with the jury awarding her $462,374 in damages resulting from a June 2, 2010 motor vehicle accident. The Insurance Corporation of British Columbia (“ICBC”) had conduct of the defence.

[5]             The defendants now seek to be awarded costs at Scale B, Appendix B of the Rules of Court, from the date of the offer until the start of trial, and special costs for the trial as a result of the late disclosure of various photographs and copies of some hunting licences. In the alternative, for the trial, the defence seeks costs at Scale C, Appendix B of the Rules of Court. In either case, the plaintiff would have her costs prior to the date of the offer at Scale B.

[6]             The plaintiff states that the Court should not consider the defendants’ offer in exercising its discretion in relation to costs.

[8]             The plaintiff’s basis for seeking special costs is the timing of ICBC’s disclosure of surveillance video for 2015 (“2015 Video”). By an October 20, 2015 Court Order, the defendants were required to list any surveillance video on or before October 23, 2015 (approximately three weeks before the scheduled trial). The 2015 Video was not disclosed until after the third week of trial.

[10]         For the reasons that follow, the plaintiff is awarded the special costs she seeks as a result of ICBC’s late disclosure of the 2015 Video.