Re Kara Estate 2022 BCSC 923 ordered an executor removed, or passed over since probate had not been started, where all of the beneficiaries sought such an order.

There were allegations of executor delay and favourtism to one party.

(2) A person having an interest in an estate may apply to the court to remove or pass over a person otherwise entitled to be or to become a personal representative.

(iii)       otherwise unwilling or unable to or unreasonably refuses to carry out the duties of a personal representative,

to an extent that the conduct of the personal representative hampers the efficient administration of the estate.

The Court of Appeal in Conroy v Stokes, [1952] 4 DLR 124 (BCCA), set out the types of conduct that could warrant removal of an executor, which include:

(a)  Endangerment of the trust property;

(c)   Want of proper capacity to execute the duties; and

The authorities indicate that even a “perceived” conflict of interest between an executor’s personal interests and her obligation to administer the trusts in the will in the interests of the beneficiaries may cause this court to intervene to appoint a new executor or an administrator to avoid even the appearance of conflict.

” The main guide in exercising the Court’s discretion to remove trustees is the welfare of the beneficiaries: Letterstedt at 387. It is not the interests of a particular beneficiary that are to be considered, but rather the benefit of the beneficiaries collectively: Conroy v. Stokes, at 128; Re Winter Estate, at para. 22.” 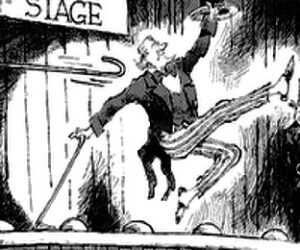