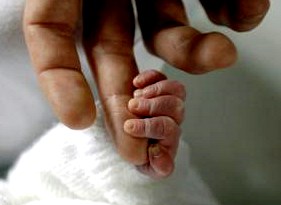 Valuation of the  Fair Market Value of Trust Assets

It can often be difficult for the parties in estate disputes to agree upon the fair market value of trust assets that range from antiques, to recreational property, the former matrimonial home, to a small business, to a small empire.

Such was the recent problem in determining the value of the “empiric” estate of the late Jack Cewe, and litigation arising out of a contingency fee signed by a disappointed beneficiary of the estate with a Vancouver law firm. I will blog on the contingency fee issue on a subsequent date.

There was a tremendous range in the valuations of the assets of the estate ranging from one expert who valued the estate at $106 million and another who valued at 44.7 million.

At the taxation of accounts, the registrar found that the value lay in between the two valuations and validated the value at $65 million with little in the way of any mathematical breakdown or analysis.

The approach taken by the registrar was described by the Supreme Court judge on review as “holistic”.

The parties are in agreement that Cyprus Anvil Mining Corp. v. Dickson (1986), 8 B.C.L.R. (2d) 145 (C.A.) [Cyprus Anvil] is the leading authority with regard to the process the Court should follow in determining the fair market value of the trust assets. The registrar cited from Cyprus Anvil and then identified her task at para. 366 as follows:

[366] According to Cyprus Anvil, I must consider all useful evidence and mathematical calculations and apply my professional judgment to determine the fair market value to be ascribed to the Trust Assets. I am not required to accept or reject any of the expert opinions in part or in whole. The opinions of the expert witnesses are intended to provide guidance to me, but due to the unexacting nature of valuation (it is an art and not a science), I should be cautious in accepting any one opinion as correct. It is more likely than not that the value will fall somewhere between the parties’ expert opinions.

[135] The registrar was faced with great disparity between the expert opinions. The expert called by the Solicitors valued JCL at $106 million. The expert called on behalf of the Client valued it at $44.7 million. The registrar concluded that all the experts were qualified and she appears to have accepted parts of each of their valuations, while rejecting other parts. She ultimately found that the value lay in between the two valuations and valued JCL at $65 million.

[136] In Cyprus Anvil, the Court, at para. 54, summarizes the process to be followed in a valuation:

In summary, it is my opinion that no method of determining value which might provide guidance should be rejected. Each formula that might prove useful should be worked out, using evidence, mathematics, assessment, judgment or whatever is required. From all that has been done, the judge is still left only with a mixture of raw material, process material on which he must exercise his judgment to determine fair value.