Intention to Gift: The Legal Requirements 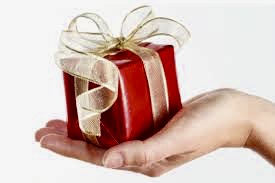 A gift requires three elements  to be legally effected, namely an intention to donate, an acceptance of the gift, and delivery of the gift. All three elements must be present for the gift to be complete, and it is then irrevocable.

The gift is the voluntary transfer of property from one person to another without full consideration.
It is well settled law, as confirmed by the Supreme Court of Canada in the Pecore v Pecore  2007 SCC 17 that the courts look to the intention of the donor at the time of the transfer in order to determine if a gift was actually intended.
Anyone who intends to make a gift of property for little or no consideration must ensure that the intention of the donor is well documented. A Deed of gift given under seal, along with the statutory declaration of the intention to gift is probably the best evidence that the courts will rely upon.
The problem however is that a minority of purported gifts are not substantiated at all as to the intention of the donor, which then forces, the court to assess the reliability of the evidence, if any of intention to gift.
Probably the most common form of contentious gifts are the use of joint tenancy in both real property and investments. By reason of the nature of the joint tenancy, upon the death of a joint tenant, the surviving joint tenant automatically becomes the registered owner of the property by right of survivorship. This happens immediately upon death, and does not form part of the estate of the deceased or attract probate fees.
Common reasons for putting property in joint tenancy is to avoid probate fees or avoid a claim under the wills variation statutes, which are inconsistent with an intention to gift and will typically result in a claim of resulting trust being made against the surviving joint tenant.
Accordingly, a mere transfer of the legal title into joint tenancy is not conclusive as to the transfers intention as the beneficial interest may belong to the estate of the deceased and not the surviving joint tenant unless there was a clear indication of the transfers intention to gift.
While the courts will primarily look at the time of the transfer as to  the intention of the deceased as to whether a gift was intended, the courts may also consider the donors subsequent actions to the extent that those actions are relevant to the donors intention of the time of transfer.

Accordingly, a transfer of title into joint tenancy has three potential legal consequences:

[109]   The legal principles applicable when considering a gratuitous transfer into joint tenancy are not in dispute. The basic question is whether the transferor intended to make a gift, or whether the transferee holds the property transferred on a resulting trust.

When a transfer is challenged, the presumption allocates the legal burden of proof.

Thus, where a transfer is made for no consideration, the onus is placed on the transferee to demonstrate that a gift was intended. See Pecore, at paras. 24 and 43.

[44]   As in other civil cases, regardless of the legal burden,

both sides to the dispute will normally bring evidence to support their position. The trial judge will commence his or her inquiry with the applicable presumption and will weigh all of the evidence in an attempt to ascertain, on a balance of probabilities, the transferor’s actual intention. Thus, as discussed by Sopinka et al, in The Law of Evidence in Canada, at p. 116, the presumption will only determine the result where there is insufficient evidence to rebut it on a balance of probabilities.

Nevertheless, evidence of intention that arises subsequent to a transfer should not automatically be excluded. However, such evidence “must be relevant to the intention of the transferor at the time of the transfer