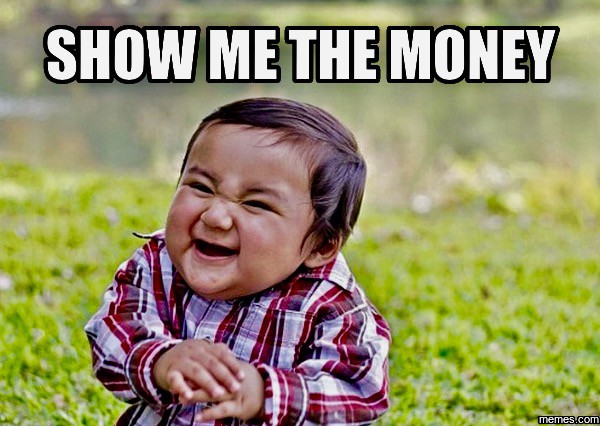 Dheenshaw v Gill 2017 BCSC 319 deals with an increasingly commonly litigation problem- the advancement of large sums of parents money to their children and the subsequent determination whether  the monies were a gift or a loan when matters go ” sideways”.

The court will look start at attempting to determine  the intention of the parties  when making the advancement of the monies which are usually made gratuitously.

There is  usually a presumption that the advancement of funds was not a gift and that the onus of proving a gift is on the recipient children, who must rebut the presumption that they hold the funds as a resulting trustees. The court will examine a number of criteria in analysing such a scenario.

In Beaverstock v. Beaverstock, 2011 BCCA 413, the Court addressed the correct approach to the resolution of a dispute about whether a gratuitous advance from a parent to an adult child is a loan or a gift. As the Court held at para. 9:

The correct approach to the resolution of this dispute is not in dispute. It is set out in Pecore v. Pecore, 2007 SCC 17, [2007] 1 S.C.R. 795. Whether the transfer was a loan or a gift depends on the actual intention of the appellant when she made the advance, which is a question of fact. As the advance was gratuitous, the onus was on the respondent to demonstrate that the appellant intended a gift, since equity presumes bargains, not gifts (para. 24). This equitable principle gives rise to a presumption the son received the money on a resulting trust, which is a rebuttable presumption of law. The trial judge was therefore required to presume the advance was not a gift and to determine whether the respondent had satisfied the burden of rebutting the presumption of resulting trust on a balance of probabilities (para. 44).

73      In Byrne v. Byrne, 2015 BCSC 318, the issue was whether bi-weekly payments of $1,000 made by the claimant’s father to a joint account held by the claimant and the respondent and used to pay for household expenses constituted a gift or loan. Mr. Justice Armstrong began his analysis at paras. 41 and 42:

[41] Payments from a parent to an adult child are generally not presumed to be gifts; they are presumed to form a resulting trust in which the parent keeps an interest in the property. However it is open to a party claiming the transfer is a gift to rebut the presumption of a resulting trust by providing evidence to that effect: Pecore v. Pecore . . .

[42] In Pecore, the Supreme Court of Canada addressed how the presumptions operate in the context of transfers from a parent to an adult child:

(b) When the transferor’s intent is unavailable or unpersuasive, the presumptions of advancement (a gift) and resulting trust are useful guides and will apply . . .

(c) gifts from parents to independent adult children are not presumed to be gifts; rather the presumption of a resulting trust applies . . .

(d) there may be circumstances where a transfer between a parent and an adult child was intended to be a gift and it is open to the party claiming that the transfer is a gift to rebut the presumption of resulting trust by bringing evidence to support that claim . . .

(e) the burden on the party claiming a gift was made is proof on a balance of probabilities . . .

(a) Whether there were any contemporaneous documents evidencing a loan;

(b) Whether the manner for repayment is specified;

(c) Whether there is security held for the loan;

(d) Whether there are advances to one child and not others, or advances of unequal amounts to various children;

(e) Whether there has been any demand for payment before the separation of the parties;

(f) Whether there has been any partial repayment; and,

(g) Whether there was any expectation, or likelihood, of repayment.

76      Whether the opposing spouse was aware of the transaction is not determinative of the question of whether a loan was made: Byrne at para. 47.

77      In Beaverstock, the Court held that the trial judge had erred in law by failing to begin his analysis with the presumption of resulting trust and in failing to make a finding concerning the appellant’s actual intention when she advanced the funds to her son.

78      In Savost’Yanova v. Chui, 2015 BCSC 516, where the husband’s father had advanced $60,000 to assist with the purchase of the matrimonial home, Mr. Justice Weatherill held that in determining the intent of the person of who advances money in a family context, the court must weigh all of the evidence to determine whether the presumption of resulting trust has been rebutted: Chui at para. 77.

79      At para. 75, the court adopted the following summary of the applicable legal principles:

[75] The law regarding whether a transfer made by a parent to an adult child is a loan or a gift was summed up by Madam Justice Brown in Hawley v. Paradis, 2008 BCSC 1255at para. 30, after a review of the applicable authorities:

[30] Based on the case law presented to me, I conclude:

1. that the presumption of advancement no longer applies between adult children and their parents;

2. that as between adult children and their parents, the presumption is a resulting trust when the parents make gratuitous transfers to children;

3. that the court must consider all of the evidence in determining whether the parent intended the transfer as a gift or a loan;

4. that the factors considered in Wiens and Locke will assist the court in determining whether the advance was a loan or a gift.

80      Here, I must determine whether the actual intention of the claimant’s mother was to make a gift or a loan. Because the advance was gratuitous, the claimant bears the onus of demonstrating that her mother intended a gift, “since equity presumes bargains, not gifts”. In determining the transferor’s intention, the court must take into account the Locke factors, along with all of the other evidence.