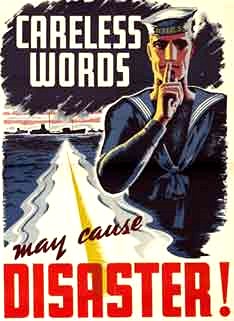 Secret trusts likely exist much more than the public believes, as after all, they are secret.

WHAT ARE SECRET TRUSTS?

In Champoise v. Champoise-Prost Estate, 2000 BCCA 426(B.C. C.A.) at paras. 15-16, the Court of Appeal summarized the fundamental principles which inform the analysis:

[15] It is useful to review the basic principles of secret trusts.

In Anderson v Anderson 2010 BCSC 911, a claim for a secret trust was dismissed.

The deceased prior to his death transferred his interest in a cottage to his second wife for one dollar and other good and valuable consideration.

The defendants second wife however plan to sell the cottage, and the plaintiffs commenced court action for a declaration that the defendant held the property in trust for the plaintiffs, including a secret trust

The action was dismissed as the court found that the deceased intended to make a gift of the cottage to his spouse, and that she did not hold the property on any conditions of trust.

166 ” This type of trust, although an express trust, is secret because the donee’s obligations are not referenced on the face of the document under which the property is given to the donee.

167 The crux of this case turns on the Deceased’s intention relative to the disposition of the Property when he transferred it to the defendant on September 7, 1999.

168 The defendant and the Deceased were married for over 16 years and there is no evidence to suggest that their relationship was anything other than loving and supportive. At the time the Deceased transferred the Property to the defendant it was their only home. They had invested some the proceeds from the sale of their home in Duncan, which they owned jointly, in renovating the Property. The defendant also had purchased some materials from her former employer for those renovations and contributed her own labour to them.

169 As of the date of the transfer, the Deceased was 65 years old and he held assets of relatively modest value. The defendant was 57 years old. She was the designated beneficiary on the Deceased’s RRSP which was valued at approximately $100,000. She was the joint account holder on his bank account which had funds of $4,000 to $5,000. Upon his death, she became entitled to his survivor pension payments of $1,900 per month. She also received any vehicles he owned. She was also entitled to repayment of the loan of $35,000 that she and the defendant had made to Ms. Potts and her husband in 1995.

170 It is apparent from the manner in which the Deceased arranged his affairs that he clearly intended to benefit his spouse on his death. She had been the sole beneficiary under his will since December 1990. It is a reasonable inference that he believed that his primary obligation was to his younger spouse whom he expected would outlive him by many years.

171 Ruth Anderson and Walter Levick were the only disinterested witnesses in this proceeding. Their evidence supports a finding that the Deceased intended to gift the Property to his wife on September 7, 1999. I have accorded their evidence considerable weight.

172 It is entirely consistent with the probabilities of the situation that on September 7, 1999 the Deceased intended to give the whole of the legal and beneficial interest in the Property to the defendant. This course was also in keeping with his testamentary intentions expressed in his Will. If the presumption of advancement does apply, I find that, on a balance of probabilities, the plaintiffs have failed to adduce sufficient evidence to rebut it.

173 In the event the presumption of advancement is not applicable and the converse presumption of resulting trust governs, the result is no different. In weighing all of the evidence, I am satisfied on a balance of probabilities that on September 7, 1999 the Deceased intended to gift the beneficial ownership of the Property to the defendant absolutely.

174 In their final submissions, the plaintiffs did not argue that the Deceased intended that the Property would form part of his estate. For completeness, however I briefly address the claim for resulting trust as it is included in the amended statement of claim.

175 The evidence does not support a finding that when the Deceased transferred the Property to his wife in September 1999, he intended to retain the beneficial interest. Although Jeffrey in his testimony made some vague references to “tax planning”, there was no cogent explanation for the Deceased retaining the beneficial interest in the Property when he knew he was terminally ill.

177 I have considered all of the cases submitted by both parties on the secret trust claim. While I found the authorities instructive, I do not propose to review them as each case turns on its own unique facts.

178 I have, however, considered all of the evidence in light of the test enunciated in Champoise. For the reasons set out below, the evidence does not support a finding that the defendant holds the Property in trust for the Anderson children.

179 There was no direct evidence adduced at trial to support the allegation that when the Deceased transferred the Property to the defendant, he communicated to her his intention that she could have the use of the Property for her lifetime or as long as she wished, but thereafter the Property was to devolve to his three children. There was no evidence that she accepted such an obligation. Nor can this Court, upon careful consideration, reasonably infer that these essential requirements for an enforceable secret trust have been established on the evidence.

180 Moreover, the plaintiffs have not satisfied the Court of the existence of the three certainties required to prove any express trust. The subject of the trust was clearly the Property. However, insofar as the certainty of intention, as discussed above, the evidence does not establish that the Deceased intended to impose any trust condition on the defendant when he transferred the Property to her. This is fatal to the plaintiffs’ trust claim.

181 The preponderance of the probabilities that emerge from the totality of the evidence does not support a finding that prior to the Deceased’s death, the plaintiffs understood that the Property would eventually devolve to the three Anderson children. The plaintiffs’ own evidence is somewhat conflicting as to whether the intended ultimate beneficiary of the alleged trust was Darin alone or the three children. I find the plaintiffs have failed to demonstrate certainty of the objects of the trust at the time the trust was allegedly created.

182 I am satisfied that the plaintiffs in September 1999 were fully aware that their father had gifted the Property to the defendant and that is why it was not a source of dispute at the time of the Deceased’s death. Rather what lies at the heart of their case is their profound disappointment in the defendant’s decision in 2006 to dispose of the Property.