Withdrawal of All Funds From Joint Account Severed Joint Tenancy 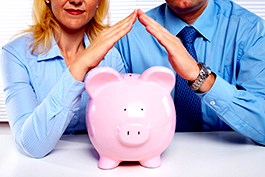 Zeligs  Estate v Janes 2015 BCSC 7 raises a very interesting issue re how a joint bank account might be severed, thus denying the joint right of survivorship and having the account fall into the estate.

The deceased transferred her house into joint tenancy with the defendant daughter in 2001, when her daughter and her husband moved in with the deceased. The trial Judge found that the presumption of resulting trust was rebutted in light of evidence of the deceased’s handwritten note saying that she intended that the daughter be the full owner upon the death of the deceased.

After the sale of the property in 2010, the defendant deposited the net proceeds into a joint bank account with her mother, but the daughter then immediately withdrew the funds and use them entirely for her own purpose.

The court found that the daughter’s action in withdrawing all of the funds so quickly, destroying the unity of possession as between the defendant and her late mother, who was still alive at the time, but died a few months later.

The Law Relating to Severance of  the Joint Bank Account

[162]     Beginning with first principles, it is axiomatic that four “unities” must exist before there is a joint tenancy and these describe the “need for virtually perfect equality” as between joint tenants. Any act that destroys one of the unities will bring the joint tenancy to an end. (A. J. McClean, “Severance of Joint Tenancies” (1979)57 The Canadian Bar Review, 5;Bruce Ziff, Principles of Property Law, 5th ed. (Toronto: Thomson Reuters Canada Ltd., 2010), at pp. 336 and 342).

[163]     First there must be a unity of interest whereby the holdings of each tenant must be equal in nature, extent and duration. The second unity is that the holdings of each tenant must arise from the same instrument or act. This is the unity of title. Third, there is the unity of time that requires that the interests of the joint tenants arise at the same time. Finally, there is the unity of possession which requires that the rights of the tenants relate to the same property (Ziff, at p. 336; citing Sir William Blackstone, Commentaries on the Laws of England, vol. 2(Chicago: Univ. of Chicago Press, 1979), ed 1979, at pp.180-2).

A joint-tenancy may be severed in three ways: in the first place, an act of any one of the persons interested operating upon his own share may create a severance as to that share. The right of each joint-tenant is a right by survivorship only in the event of no severance having taken place of the share which … is claimed under the jus accrescendi. Each one is at liberty to dispose of his own interest in such manner as to sever it from the joint fund–losing, of course, at the same time, his own right of survivorship. Secondly, a joint-tenancy may be severed by mutual agreement. And, in the third place, there may be a severance by any course of dealing sufficient to intimate that the interests of all were mutually treated as constituting a tenancy in common. When the severance depends on an inference of this kind without any express act of severance, it will not suffice to rely on an intention, with respect to the particular share, declared only behind the backs of the other persons interested. You must find in this class of cases a course of dealing by which the shares of all the parties to the contest have been effected, as happened in the cases of Wilson v. Bell [(1843), 5 Ir. Eq. R. 501 (Eng. Eq. Exch.)] and Jackson v. Jackson [(1804), 9 Ves. 591 (Eng. Chancellor)]. …

[emphasis added by Ontario Court of Appeal in Hansen Estate]

[165]     In the subject case the plaintiff relies on Rule 1, unilateral action, and, in the alternative, Rule 3, a course of dealing. Rule 2 does not apply because there was no mutual agreement between Dorothy and Diana to sever the joint tenancy. With respect to the course of dealings approach, I note that our Court of Appeal has said it is a species of estoppel and reliance is required (Tompkins Estate v. Tompkins (1993), 76 BCLR (2d) 323 at para. 18). I also note that the Ontario Court of Appeal has said it was “generally disagreeing” with the approach in Tompkins. They do not agree that the course of dealing approach is a form of estoppel and that an agreement is necessary for it to apply (Hansen Estate at paras. 45-51).

[180]     There are some particular features of a joint bank account that distinguish it from a joint tenancy in real property and these have been discussed by our Court of Appeal (Bergen v. Bergen, 2013 BCCA 492):

[39] The practicalities of a joint bank account … are different from those of a joint tenancy in respect of other forms of property. Obviously, a depositor’s interest in a bank or investment account is a chose in action: the depositor is a creditor, and the bank or other depository is a debtor that is bound, subject to the terms of the agreement between them, to pay over the balance in the account on demand. In this context, it is difficult to conceptualize the operation of the four unities (of title, interest, time and possession) from which joint tenancy historically arose. (See generally Law Reform Commission of British Columbia, Report on Co-Ownership of Land (1988), at 3.)  Most importantly, where one of the holders of a joint account wishes to discontinue the arrangement and eliminate the right of survivorship, the usual course is to bring the account to an end – if necessary by draining it to a zero balance. (See generally Waters (4th ed.) at 440 [Waters’ Law of Trusts in Canada, 2012]; see also Edwards v. Bradley, supra at 233, quoted above [[1956] O.R. 225 (Ont. C.A.)]; and Pecore at para. 50.)  The remaining account-holder who claims to have had a beneficial interest in the withdrawn funds may pursue an equitable remedy such as constructive trust or tracing (see Waters, 4th ed., at 440), but this may be a complex process.

[181]     As I see it, the dynamic nature of joint accounts with funds being withdrawn and deposited over time does not easily accommodate the application of the unities. The nature of the joint account is that it is to be used for withdrawals and deposits and it cannot be that one of the unities is destroyed by doing so. In short, the withdrawal of funds by one tenant by itself cannot sever a joint account. In contrast, in the case of real property, either tenant can sever the joint tenancy at any time by destroying one of the unities and the value of the resulting equal shares held in common is subject only to market conditions.

[182]     As above, I agree with the defendants that the character of the joint tenancy did not change when the proceeds of the sale from the Knox Road property were deposited into the joint account. In a strict sense that distinguishes this case from others such as Flannigan where severance was found when proceeds were deposited into separate accounts. However, the value of the joint tenancy in the Knox Road property, as between Dorothy and Diana, was deposited and then immediately withdrawn by Diana for her own benefit. I have some difficulty accepting that the very short time the proceeds were in the joint account somehow insulates them from severance into tenancies in common. It seems to me that some substance has to be given to the principle of joint tenancy, something more than convenience. To hold otherwise would be artificial as well as inequitable.

[183]     The defendants say that the joint tenancy was not severed here by the admitted fact that Diana distributed the benefits of the sale of the Knox Road property to herself. This is because a unilateral declaration of intent does not result in severance. The decision in Walker is relied on for that submission. In that case a joint tenant had written letters drafted by her solicitor to a bank with instructions to sever joint holdings in investment certificates and bonds. The court held that written intention to sever was not effective to sever a joint tenancy (para. 42). More generally, in his 1979 article, Severance of Joint Tenancies, Professor McClean says that a majority of Canadian cases adopt the principle that, as a matter of law, a declaration of intent does not sever, unlike in England (page 28). However, he also says that a “good case” can be made for a rule that a declaration should sever (page 30).

[184]     In any event, in the subject case the facts are that Diana did more than express an intention to sever the joint tenancy of the proceeds of the sale of the Knox Road property. She transferred the entirety of the property to herself for her own use and benefit by means of a unilateral act. Since it was withdrawn in pieces (albeit large ones) it is arguable whether the property remained whole. However, it is clear that it (or its parts) became solely in Diana’s possession (and her husband’s) and I find that the character of the joint tenancy was abolished because the unity of possession as between Diana and Dorothy was destroyed. Overall, the conduct of Diana leads to a conclusion that she unilaterally intended to end the joint tenancy. It follows that I do not agree with the defendants that the jointure ended only with the death of Dorothy a few months after Diana withdrew the proceeds of the sale of the Knox Road property.

[185]     Diana had the option of leaving the net proceeds of the sale of the property in the joint account, investing them in both of the joint tenants and thus maintaining the unity of possession. Upon the death of Dorothy she would have been entitled to all of those funds jus accrescendi, by right of survivorship. But her decision to withdraw all of the funds solely for her and her husband’s benefit severed the joint nature of the account. At that point Dorothy and Diana became tenants in common. In any event Diana chose a different approach to the proceeds of the sale of the Knox Road property and I conclude it was incorrect in law.

[187]     By way of a conclusion, I find that the funds from the sale of the Knox Road property continued to be a joint asset owned by Dorothy and Diana from the point of sale and included the time they were in the joint account of Dorothy and Diana. However, once they were withdrawn from the joint account for the sole benefit of the defendants, to the exclusion of Dorothy, the unity of possession was destroyed and the joint tenancy was severed.

[188]     The result is that nothing remains from the right of survivorship of the joint tenancy (Bergen at para. 40) as of the date of the withdrawal of all funds from the joint account of Dorothy and Diana. The proceeds from the sale belong to the estate of Dorothy to be distributed pursuant to her 2003 will.