Halliday V Halliday 2019 BCSC 554 discusses the historical concept of the “doctrine of righteousness”, developed in the 1800s to protect will- makers from the behavior of those who may seek to procure a benefit from another individual’s will, especially through the exercise of undue influence.

The solicitor who made 2014 wills for the deceased felt there was no need to consider the testator’s mental capacity, took no steps to do so, and was unaware of his 2012 diagnosis of dementia.

The court found that the solicitor did not turn his mind to whether the testator said anything inappropriate are displayed signs of cognitive impairment. Evidence was given as to the deceased becoming sexually uninhibited, losing interest in lifetime activities, and forgetting the names of people that he knew well.

The court quoted from Mr.Poyser’s book Capacity and Undue influence at pages 247 – 248:

“The principle is that whenever a person is instrumental in the generation of a will under which he or she benefits, or the circumstances are otherwise of a character that causes the court to be concerned over whether the will maker truly understands the will and its effect, the court can refuse to put the will to probate, unless given affirmative proof that the will maker had actual knowledge of its contents and operative effect. That principle was historically referred to as the doctrine of righteousness, a label that appears to be following from judicial vote due to the implied focus on moral considerations. It would be better referred to as the rule from Barry v Butlin , or the procurer principle, or perhaps most descriptively could be referred to as the requirement for true and informed approval”

The BC Court of Appeal inCowper –Smith v Morgan 2016 BCCA 200 stated that where there is a concern over the possibility of undue influence, there is a need to give informed advice on the merits of the transaction.

At paragraph 51 the court stated that the following considerations have been identified as relevant to the assessment of the legal advice provided to the donor:

Simply knowing and approving the contents of the will ” in the abstract” is not sufficient to establish the requirement for knowledge and approval unless there is also an understanding of the operative effect of the provisions.    Russell v Fraser ( 1980) 118 DLR (3d) 733 (BCCA) at para.12

The court went on to discuss section 52 of WESA that established that a person was in a position where the potential for dependents or domination of the will maker was present, the attacker of the will is aided by a presumption that it was executed under undue influence.

Section 52 of WESA provides that once the party alleging undue influence establishes that the alleged influencer was in a position where the potential for dependence or domination of the will maker was present, the onus rests on the party seeking to uphold the will to prove that undue influence was not exercised. 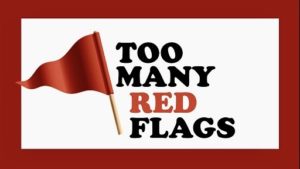