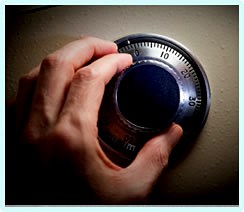 Buccilli v Pillitteri 2012 ONSC 6624, involved a family estate dispute after a tragic death where all the parties had a one third interest in a family business.

After the deceased’s death, his surviving widow, on the advice of her brothers-in-law, signed transfers of all her interest in the deceased estate, including the interest in the family business and real property, to one of the defendants in trust, in exchange for receiving a condominium. Eventually the widow brought court action to set aside the transfer agreement, and the action was allowed on the grounds of undue influence, and other reasons including misrepresentation.

In a nutshell, the court found that there was an inequality of positions of the parties, and the widow relied upon her brother-in-law’s for advice and was misrepresentented to neter into the contract.. The transfer agreement was an improvident bargain whereby the widow gave up her interest in the deceased’s estate, which was worth a very substantial amount, in exchange for a condominium worth only $610,000.Patricia also asks that the Transfer Agreement be set aside on the basis that the widow relied upon the sons in law and they breached the fiduciary duty that they owed to her.

The doctrine of undue influence is well known. Where there is no special relationship such as trustee and beneficiary or solicitor and client, it is open to the weaker party to prove the stronger was able to take unfair advantage, either by actual pressure or by a general relationship of trust between the parties of which the stronger took advantage. See Waddams at paras.
519 to 522.

One way to rebut the presumption is to demonstrate that the complainant received independent legal advice.
141 In Goodman Estate v. Geffen. 119911 2 S.C.R. 353 (S.C.C.), Wilson J. stated:
42. What then must a plaintiff establish in order to trigger a presumption of undue influence? In my view, the inquiry should begin with an examination of the relationship between the parties. The first question to be addressed in all cases is whether the potential for domination inheres in the nature of the relationship itself…
43. Having established the requisite type of relationship to support the presumption, the next phase of the inquiry involves an examination of the nature of the transaction. When dealing with commercial transactions, I believe that the plaintiff should be obliged to show, in addition to the required relationship between the parties, that the contract worked unfairness either in the sense that he or she was unduly disadvantaged by it or that the defendant was unduly benefited by it. From the court’s point of view this added requirement is justified when dealing with commercial transactions because, as already mentioned, a court of equity, even while tempering the harshness of the common law, must accord some degree of def­erence to the principle of freedom of contract and the inviolability of bargains…
45. Once the plaintiff has established that the circumstances are such as to trigger the application of the presumption, i.e., that apart from the details of the particular impugned transaction the nature of the relationship between the plaintiff and defendant was such that the potential for influence existed, the onus moves to the defendant to rebut it. …the plaintiff must be shown to have entered into the transaction as a result of his own “full, free and informed thought”.

Substantively, this may entail a showing that no actual influence was deployed in the particular transaction, that the plaintiff had independent advice, and so on. Additionally, I agree with those authors who suggest that the magnitude of the disadvantage or benefit is cogent evidence going to the issue of whether influence was exercised.