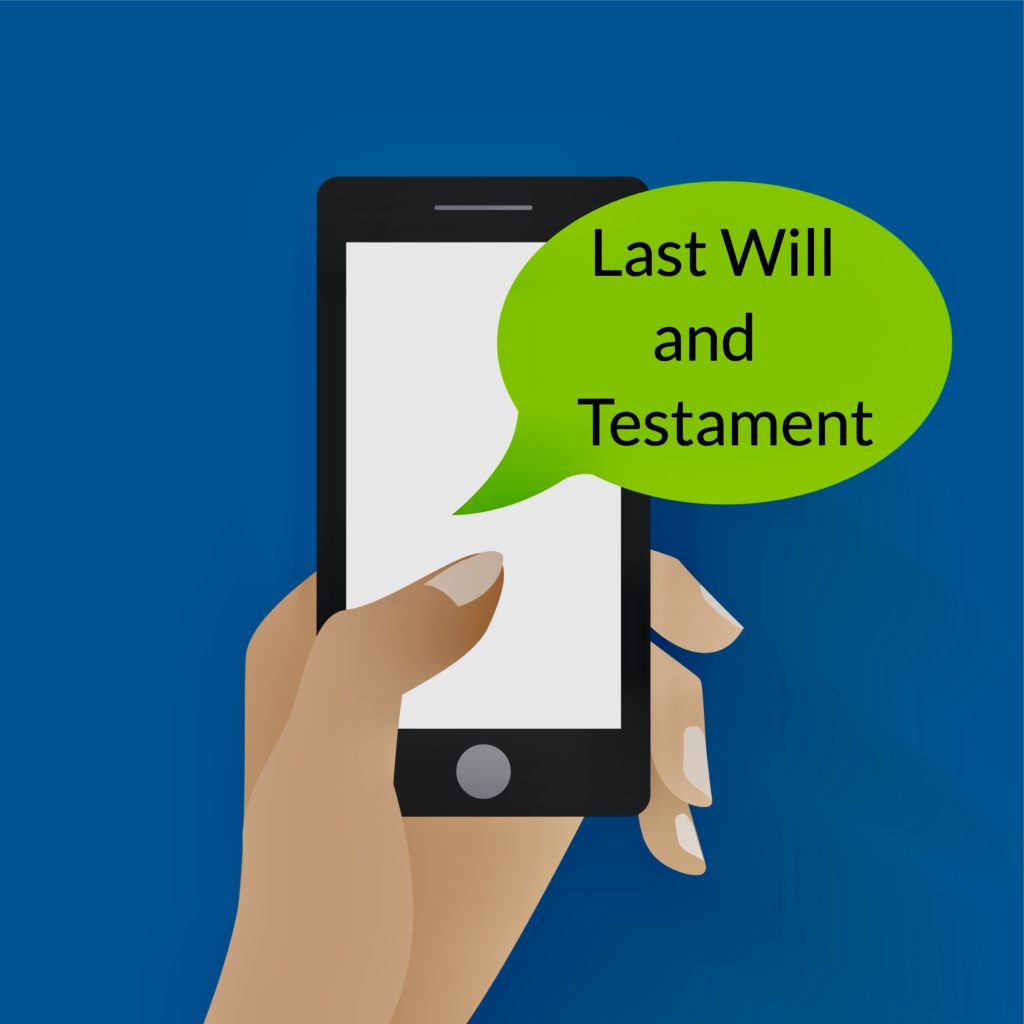 A court in Australia in Nichol v Nichol (2017) QSC 220 determined that a non-sent text message on a mobile phone from the deceased Mark Nichol, leaving everything to his brother and nephew was valid as his last will. The will, excluded Mark’s wife and estranged son.

The phone was found near his body after he committed suicide with the unsent message on his phone reading:

“Dave Nic and Jack keep all that I have house and superannuation, put my ashes in the back garden with Trish Julie will take her stuff only she’s okay gone back to her ex AGAIN , I’m beaten. A bit of cash behind the TV and a bit in the bank cash card pin (_)
MRN 1901162Q

The evidence accepted by the court concluded that the name Dave Nic was an abbreviation for his brother’s name and that Jack was his nephew. Trish was Mark’s deceased first wife and Julie one of the parties to the court action was Mark’s wife . The initials and numbers were Mark’s initials and date of birth.

This decision under somewhat similar legislation in Australia that allows defective wills to be ”cured” may well be followed and applied in British Columbia if the necessary requirements of sections 58 and 59 WESA are met.

The application to prove the unsent draft text message as a valid will was opposed by the deceased wife, but the court found that the unsent text message, ending with the words “my will” showed that the man intended it to act as his will.

Expert evidence was presented following a forensic examination of the deceased’s mobile phone and the report confirmed:

1) the text message had not been sent;
2) that its content indicated that it was created on October 10, 2016;
3) that the unsent text message was likely to be saved by someone pressing the back arrow in the message editing views;
4) when the draft message is open for editing, a paperclip symbol is visible, which when pressed, enables the attachment of a picture or other to the message.
5) The report confirmed that there was no other document on the mobile phone that might be relevant to the deceased’s testamentary intention in the days immediately prior to and including October 10, 2016

The Australian court followed a decision Lindsay v . McGrath (2016) 2 Qd R 160 at 55 , a decision of the Queensland Court of Appeal that adopted three conditions for the execution requirements of the will to be dispensed with, namely:

1) Was there a document;

2) did that document purport to embody the testamentary intentions of the relevant deceased;

2) the message identifies the house and superannuation which are his principal assets, about which he also says” keep all that I have”

3) he refers to “Julie will take her stuff only she’s okay gone back to her ex AGAIN, I’m beaten “

5) he identified where he wanted his ashes placed

The court held that the informal nature of the text did not exclude from being sufficient to represent the deceased’s testamentary intentions. The court referred to another decision in Australia where the deceased had written “my will” on a DVD, had discussed his intentions to suicide of the DVD and then was at pains to define what property he owned. Although very informal, the court accepted that the document purported to dispose of that property after his death, and made a declaration under the Australian legislation section 18 of the Succession act ( Mellino v WIlkins (2013) QSC 74.