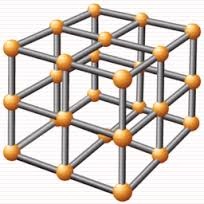 The rules re the transition to WESA are contained in Rules 25-16.

The Transitional Provisions, Repeals and Consequential and Related Provisions are set out in Sections 185-190 of WESA

(3) If a caveat filed under a former rule in relation to an estate is in effect on the coming into force of this rule, the caveat

Citation to accept or refuse probate served under former rule

(5) A probate action brought under a former rule, or a petition proceeding brought under a former
rule for proof of a will in solemn form, that was ongoing when this rule came into effect is deemed to
continue as a proceeding under this Part and, for that purpose, all steps that could have been taken in theprobate action or petition proceeding under the former rule, including, without limitation, steps in respect of pleadings, examinations for discovery, discovery of documents and the trial of any or all issues, may be taken in the proceeding under this Part subject to any contrary directions under subrule (6).

(6) The court may give directions if there is any dispute in relation to the procedure to be appliedto, or followed in, a proceeding referred to in this Part