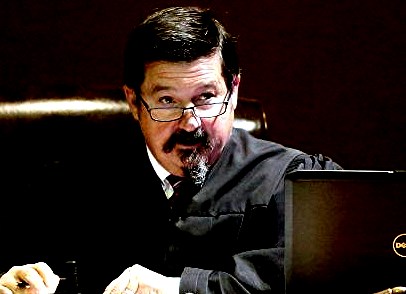 The Supreme Court of British Columbia in   Henney v Sander 2014 BCSC 889 refused to approve a partial wills variation settlement made of the $25 million estate that involved settlement with some of the parties but not all of them.

The deceased failed to provide for his wife of 50 years and instead left his estate  in 10 shares distant relatives and the remaining %40 going to charities that he had supported.  He did not have children and thus his spouse is the only possible claimant to a  partial Wills Variation action.  The deceased stated that his wife had been adequately provided for  Anna proceedings brought on her behalf by her committee due to her dementia .

Basically most of the defendants such as the charities reached a settlement at the mediation  you wish to have approved by the court.  Many of the named beneficiaries in the will  opposed the court approval  application.

The court refused to approve the partial settlement for a number of reasons:

The court may approve an interim payment by an Executor of an estate, notwithstanding a pending claim for variation of a will, when the risk of the variation order encroaching upon funds needed to satisfy the benefits is remote.  In exercising its discretion, the court assesses hardship and risk: Hecht v. Hecht Estate (1990), 39 E.T.R. 165 (B.C.S.C.) at paras. 20, 21.

[34]         In Hecht, all but one of the defendants applied for an order for the interim distribution of $2,200,000 from an estate valued at $21,000,000 for the benefit of the Beta Trust, a trust established by the testator to provide benefits to current and retired employees of his businesses. Some of the beneficiaries were in need.

[35]         In approving the interim payment, Donald J., (as he then was), at para.15, cited with approval Re Ralphs; Ralphs v. District Bank Ltd., [1968] 3 All E.R. 285 at p. 288.  There, Cross J. held there was no rigid rule that the personal representatives must preserve the entire estate intact pending the hearing of an application to vary the will, and that if the beneficiaries whose interests might be affected did not consent, the executors could apply to the court for leave to make the interim payment.

[36]         In Hecht, the amount of the proposed interim payment was small in relation to the total value of the estate. The beneficiaries of the Beta Trust would receive their full benefit under the will regardless of whether the will was varied.

[37]         Hecht is distinguishable from this case. Here, the plaintiff and the settling parties seek approval for the distribution of $11.6 million from an estate now estimated by the executor to have a net value of between $24.6 million and $27.3 million. A total of $4.4 million of the amount proposed for distribution would be paid to Jean Henney and Debbie Clarke, neither of whom was left any share of the residue of Rea Peverley’s estate.  If Rea’s Will is not varied, they will receive nothing from the funds remaining for distribution.  Conversely, bearing in mind that Veta and Rea Peverley were married for 58 years, there is the potential that a variation of the Will could encroach on the amounts now requested for distribution and might do so in a percentage higher than the 33 1/3% or 40% of each of the settling beneficiaries’ shares of the residue now proposed for payment to Jean Henney and Debbie Clarke.

[38]         On appeal from the trial judge’s decision dismissing the wife’s WVA action, the Court of Appeal held in Hecht v. Hecht Estate (1991), 62 B.C.L.R. (2d) 145 at paras. 42-46, that the factors to be considered by the court in deciding whether to exercise its discretion to grant leave to the executors to make an interim payment pending disposition of the WVA proceedings included:

(a)      the amount of the benefits sought to be distributed as compared to the value of the estate;

(b)      the claim of the beneficiaries on the testator;

(d)      the consent of the residuary beneficiary to the proposed distribution.

In Behnke v. Behnke Estate, [1994] B.C.J. No. 487, the two adult children of the testator applied for an order to vary the will to accord with a settlement agreement made by all the beneficiaries.

[53]         The executor opposed the application for an order varying the will on the ground that the beneficiaries could not agree among themselves to re-write the testator’s will.

[54]         Harvey J. found that the evidence on the application was not sufficient to enable the court to determine whether, under s. 2(1) of the WVA, the testator had made adequate provision for his children and if not, to determine what provision would be adequate, just and equitable in the circumstances.  In Behnke at para. 8, Harvey J. noted that the applicants simply sought the court’s approval of their negotiated settlement.  The court concluded that if it were to allow the application, it would be allowing the beneficiaries to re-write the will without regard to the testator’s intentions.  The court found the will could only be varied according to the provisions of the WVA and dismissed the application.

[55]         In Behnke, all of the beneficiaries applied to the court for an order that varied each of their respective shares of the testator’s estate.  Here, the partial settlement would effectively vary Rea’s Will by providing for his Executor to pay a portion of each of the settling beneficiaries’ shares of the estate directly to Jean Henney and Debbie Clarke.

[56]         On this application, I do not have sufficient evidence to consider what provision, if any, would be adequate, just and equitable for Veta Peverley in the circumstances of this case.  There is no evidence about whether Rea provided Veta with the assets which comprise her estate.  Nor is there evidence about the extent to which Veta may have contributed during her lifetime to Rea’s accumulation of wealth.  The trial judge will hear all of the evidence relating to the testator’s intentions and his legal and moral duties to Veta, and will then determine whether Rea Peverley made adequate provision for his wife, and if not, what provision is just and equitable.

[57]         The trial judge will also have the benefit of full submissions on the potential liability of Veta’s estate for United States estate tax, the extent to which that was a factor in Rea Peverley’s exercise of his testamentary autonomy, and whether or not it provided a rational reason for his decision to exclude Veta from his Will.

[58]         In my view, there is also some risk that the proposed partial settlement might constrain or embarrass the trial judge in the event of conflicting outcomes.  The trial judge may find there is no basis for any variation of Rea’s Will.  Alternatively, he or she may conclude that Rea’s Will should be varied in a proportion other than  the percentages agreed by the settling parties for the purpose of determining their contributions to the interim payments to Veta’s surviving daughters.