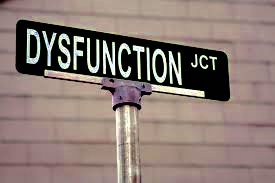 
Some years ago the Vancouver Sun ran a feature on dysfunctional families and  reported that one in three British Columbians expect to be disinherited by their parents.

Practising estate litigation for over 40 years, it is easy to believe there are more dysfunctional than functional families. Indeed the dysfunctional family is the bread and butter of our practice. With the growing number of second marriages and blended families, the numbers are ever increasing.

In this article wehope to share some insights into dysfunctional families. IWe have no scientific expertise, only a wealth of practical experience dealing with the financial, emotional and psychological aftermath of such families.

WHAT IS A DYSFUNCTIONAL FAMILY?

Most of us grow up believing our own family is “normal”. It is only with life experience that we may come to recognize there is perhaps “something unusual” about our own upbringing and family life. We may also come to realize that many families are unfortunately not the happy, healthy families to which we all aspire.

Typically a dysfunctional family is one where the relationships between parents and children are strained and unnatural. Although there may be many different root causes, such families usually involve one or more family member with a serious problem that impacts every other member of the family. In turn, the other family members adopt atypical roles and behavior that allow the family to function on a basic level. For example, an older child may assume a caretaking role towards younger siblings to cover for an alcoholic mother.

A dysfunctional family often means parents fail to adequately provide for their children’s emotional, psychological and/or physical needs. Such children often suffer from low self-esteem all of their lives. Needless to say, this impacts every aspect of their lives from jobs to marriages to financial security.

Many families may seem normal at first glance. Scratch the surface, however, and some surprising relationships are exposed. For example, a recent case involved a family who, four days before the death of the patriarch, learned that he had another family in another city. You can imagine the profound shock and grief caused by this deception. The surviving family questioned their basic beliefs about who they were.

The following are some examples of patterns occurring in dysfunctional families. Although classifed under various titles, there is often a great deal of overlap as often many problem behaviours occurs in the same family.

In this scenario one or both parents have addictions relating to drugs, alcohol, gambling, sex, work or food. Any such addiction can clearly have strong negative effects on other family members. One case we had involved a crack cocaine addict who was disinherited by his father after moving in with him and turning his home into a crack house.

Alcohol abuse is far more common and is extremely destructive as well.

In such families, one or both parents use physical violence as a means of control through intimidation. The children may be the victim of violence, may be forced to witness their mother being beaten, to participate in punishing siblings or simply may live in fear of explosive outbursts. Such children frequently grow up with anxiety and depression issues. What is more, they are far more susceptible to abuse themselves. Sons raised in such families are at a much higher risk of becoming abusive husbands while the daughters more often become victims of violence.

In these families, one or both parents fail to provide their children with adequate emotional support (often they also fail to provide basic physical and financial care at the same time). For example, one case involved a man who had simply been ignored as a child and left to fend largely for himself. He grew up to be an emotional cripple who completely lacked social skills and lived a very isolated existence. Thus he was awarded a large share of his parents’ estates. He would need those funds to survive since he was effectively unemployable.

Such families frequently involve parents who exert a strong authoritarian control. These families rigidly adhere to a particular belief, sometimes religiously or culturally based. Compliance with cultural or religious expectations is not expected, it is demanded.

For example we had a one case involving an overly strict mother who put down the family dog because her daughters girls did not keep their room clean enough.

A more extreme example of such behavior would be the family “honour killings” we read of from time to time. These involve male family members killing a female member because she is believed to have “brought shame” on the family.

We have had many cases involving overly possessive parents who exploit their children, treating them as possessions whose primary purpose is to respond to the parents’ needs. They often do not encourage their child to become independent. This sometimes results in this scenario where one child, typically the youngest, never leaves home. Instead the child cares for the parent until death and is often “rewarded” or “compensated” for his or her “sacrifice”. Most often the other siblings view him or her as a freeloader.

It is sometimes amazing to hear the childish emotions these situations continue to evoke in adult children. In one case we represented a youngest child who had never left home and who was rewarded with privileges and a larger inheritance than his 4 older siblings. At the examinations for discovery when the older sister was questioned as to why the others hated our client , she responded “Because he was allowed cheese sandwiches before bed, and we were not.”

As more cases of family sexual abuse surface, it is clear that sexual abuse by anyone but especially a parent will produce lifelong emotional scars for the victim. Typically it is the father or stepfather who sexually abuses a daughter or stepdaughter. It is shocking however, how frequently mothers ignore the disclosures of abuse and deny that their husband (the breadwinner and meal ticket) could have perpetrated such acts. This failure to believe and to protect the child only aggravates an already difficult situation.

One case we had involved the death of a father who had divided his estate in equal shares among his children and one grandson. When his daughter was questioned as to the motives for such a distribution, she disclosed that her father had sired this son. .

Every family varies greatly in the frequency and severity of dysfunctional interactions.

In dysfunctional families children may be forced to take sides in conflicts, they may be ignored, discounted, criticized or abused. Other parents may be inappropriately intrusive, overly involved and protective. Many children of dysfunctional families complain that their parents were emotionally distant and uninvolved. The fundamentalist family may provide excessive rules while the addicted parents may provide no guidelines or structure. Some children may be rejected while their siblings receive preferential treatment. Children may be slapped, punched, kicked or emotionally abused and locked out of the house. Some children runaway or leave home at an early age. Others never leave.

The bottom line with all dysfunctional families is that such abuse and neglect inhibit the development of healthy adults with healthy relationships. As adults, such people often have difficulty in judging and trusting others and themselves. They often experience difficulties in their workplace, in their relationships and with their very identities.

What is more, in the world of the estate litigation, they are often disinherited.