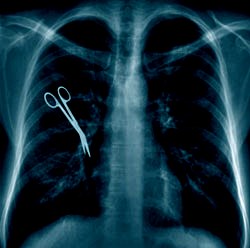 The decision quotes Madme. Justice Southin in Girardet v Crease & Co. (1987) 11 BCLR ( 2d) 361, states at 362 ” the word fiduciary is flung around now as if it applied to all breaches of duty by solicitors, directors of companies and so forth. But fiduciary comes from Latin fiducial meaning trust. Thus, the adjective, fiduciary means of or pertaining to a trustee or trusteeship.

She goes on to say that simple carelessness in giving advice is such a breach is a perversion of words. The obligation of a solicitor of care and skill is the same obligation of any person who undertakes for reward to carry out a task.

She states categorically that a breach of fiduciary duty carries with it “the stench of dishonesty” if not of deceit, then of constructive fraud”

It is well settled law that fiduciary duty is clearly different from the duty not to be negligent. Nocton v Ashburton (1914) 932.

See also Zoic Studios BC v Gannon 2015 BCCA 334 were the appeal court upheld the trial judge who found that a fiduciary relationship did not exist. The decision contains a good deal of Eagle discussion about what constitutes a fiduciary duty.