Personal Representative Duties to an Estate

Personal Representative Duties to an Estate 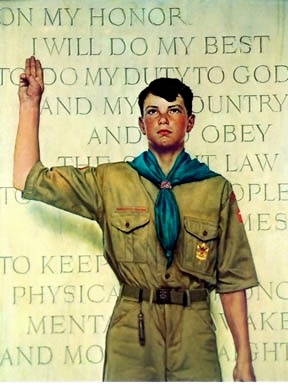 Executors and trustees are often called upon to make difficult decisions relating to matters ranging from the conduct of court actions including settlement to investment decisions. The personal representative often walks a fine line in that a breach of the general legal guidelines of his or her duties owed to an estate can result in personal liability.

The General Principles of an Executor’s Duties to an Estate

Fales involved a failure by co-trustees of an estate to sell shares in a corporation held by the estate in a timely manner, with “disastrous results”. The beneficiaries brought an action against the executor/trustees claiming breach of trust.

The court held as follows regarding the trustees’ duties:

Every trustee has been expected to act as the person of ordinary prudence would act. This standard, of course, may be relaxed or modified up to a point by the terms of a will and, in the present case, there can be no doubt that the co-trustees were given wide latitude. But however wide the discretionary powers contained in the will, a trustee’s primary duty is preservation of the trust assets, and the enlargement of recognized powers does not relieve him of the duty of using ordinary skill and prudence, nor from the application of common sense.

The Court found the trustees liable in damages for the “actual loss which the acts or omissions have caused the trust estate” and discussed the principles to be applied in awarding such damages.

There is really nothing remarkable about the outcome of the Fales decision as it merely reflected the longstanding principles regarding the duties of a trustee:

An executor has the legal authority to enter into settlement agreements, such as in court actions on behalf of the estate that is binding upon the beneficiaries. As a practice note and hedge against personal liability, a personal representative should always be advised to try and obtain the unanimous approval of all of the beneficiaries to a proposed settlement. Very often, however this is not possible in the heated emotional environment of estate litigation.

The plaintiffs in Parish were beneficiaries of their father’s estate and brought an action contending that the executor and trustee of the estate was in breach of trust and negligent in settling an action brought against the estate contrary to their wishes and settling it for more than necessary.

The appeal court in Parish adopted the ordinary prudence in managing one’s own affairs standard set out in the Supreme Court of Canada in the Fales case and upheld the dismissal of the court action.

The court held that the proper question is “ did the defendant manage the affairs of the estate in the same manner as a man of ordinary prudence would be expected to manage his own affairs”? The court essentially found that the settlement was not imprudent and was within the range of the ordinary prudent investor test.

Trustees may seek to be excused by the court for any liability pursuant to an alleged breach of trust pursuant to section 96 of the Trustee Act:

“If it appears to the court that a trustee, however appointed, is or may be personally liable for a breach of trust, whenever the transaction alleged to be a breach of trust occurred, but has acted honestly and reasonably, and ought fairly to be excused for the breach of trust and for omitting to obtain the directions of the court in the matter in which the trustee committed the breach, then the court may relieve the trustee either wholly or partly from that personal liability.”

Executors as trustees may also be excused of liability in appropriate circumstances. Brown v. Brown, 2011 BCSC 649.

To be excused, a trustee must satisfy all three elements in section 96 of the Trustee Act RSBC

He or she must have:

The burden rests with the trustee who is seeking the protection of section 96 to prove that his or her actions are worthy of the exercise of the court’s discretion to excuse the trustee for the breach.

It is well-established law that if loss to an estate results from poor decisions made by the personal representatives of an estate, then they will be liable for those imprudent decisions. Laird v Lyne estate 2004 BCSC 39.

There are many risks in being a personal representative of an estate, and anyone acting in such capacity should definitely retain legal counsel for guidance and not hesitate to obtain tax advice from a chartered accountant when appropriate.

In addition to the risk of being sued for improperly handling the estate ,an executor/trustee also runs the risk of having his or her fees and disbursements substantially reduced at a passing of accounts hearing if found to have acted without reasonable prudence.

The executor had attempted a subdivision of the property and the court held that since he had no special skill and experience in developing property and proceeded knowing the venture was speculative, he put himself in a position of conflict of interest by assuming direct financial interest in the administration of the estate. A reasonably prudent executor would not have undertaken such as an undertaking.

If named as an executor, one should seriously consider whether it is worth the time and risk that may be encountered particularly when dealing with very hostile beneficiaries. Consideration should be given to renouncing an executorship under those situations, as a personal representative can soon find him or herself “a fire hydrant on a street of dogs .”