Removal of a Trustee 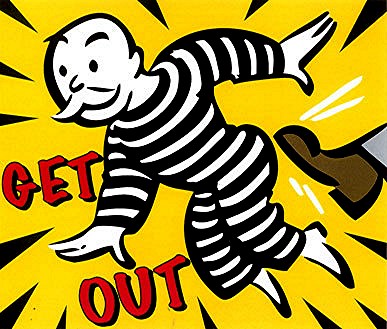 The facts of the case are long and complicated but essentially involve an application to remove a lawyer who had been appointed the trustee of a family trust that had been settled in favour of the children from the deceased’s first and second marriage.

The terms of the trust in fact waived the trustee’s obligation of even handedness, but the judge found that there was no wrongdoing on the part of the trustee and that he had in fact acted even handedly between the various residual beneficiaries.

There were a number of complaints made by beneficiaries of the trust, particularly relating to the trustee declining to pay dividends to the beneficiaries for several years, while still paying the surviving spouse yearly dividends in accordance with the settlor’s wishes.

The application was dismissed, and here is the following quote of law relating to the requirements necessary to remove a trustee in such a situation:

The Removal of a Trustee

30  A trustee or receiver appointed by any court may be removed and a trustee, trustees or receiver substituted in place of him or her, at any time on application to the court by any trust beneficiary who is not under legal disability, with the consent and approval of a majority in interest and number of the trust beneficiaries who are also not under legal disability.

31  If it is expedient to appoint a new trustee and it is found inexpedient, difficult or impracticable to do so without the assistance of the court, it is lawful for the court to make an order appointing a new trustee or trustees, whether there is an existing trustee or not at the time of making the order, and either in substitution for or in addition to any existing trustees.

Traditionally, the standard of care and diligence required of a trustee in administering a trust is that of a man of ordinary prudence in managing his own affairs (Learoyd v. Whiteley [(1887), 12 App. Cas. 727.], at p. 733; Underhill’s Law of Trusts and Trustees, 12th ed., art. 49; Restatement of the Law on Trusts, 2nd ed., para. 174) and traditionally the standard has applied equally to professional and non-professional trustees. The standard has been of general application and objective though, at times, rigorous. There has been discussion of the question whether a corporation which holds itself out, expressly or impliedly, as possessing greater competence and ability than the man of ordinary prudence should not be held to a higher standard of conduct than the individual trustee. It has been said by some that a higher standard of diligence and knowledge is expected from paid trustees: Underhill’s Law of Trusts and Trustees, art. 49, relying upon obiter of Harman J. in Re Waterman’s Will Trusts; Lloyds Bank, Ltd. v. Sutton [[1952] 2 All E.R. 1054.], at p. 1055, and upon dicta found in National Trustees Co. of Australasia v. General Finance Co. of Australasia [[1905] A.C. 373 (P.C.).], a case which did not turn upon the imposition of a greater or lesser duty but upon the relief to which a corporate trustee might be entitled under the counterpart of s. 98 of the Trustee Act of British Columbia, to which I have earlier referred.

[37]         I accept the principles pertaining to the removal of an estate trustee set out by Madam Justice Nolan in Haines v. Haines, 2012 ONSC 1816 at para. 10 as equally applicable to the removal of the trustee:

(1) the court will not lightly interfere with the testator’s choice of estate trustee;

(2) clear evidence of necessity is required;

(3) the court’s main consideration is the welfare of the beneficiaries; and

(4) the estate trustee’s acts or omissions must be of such a nature as to endanger the administration of the trust.

“Story says, s. 1289, ‘But in cases of positive misconduct Courts of Equity have no difficulty in interposing to remove trustees who have abused their trust; it is not indeed every mistake or neglect of duty, or inaccuracy of conduct of trustees, which will induce Courts of Equity to adopt such a course. But the acts or omissions must be such as to endanger the trust property or to shew a want of honesty, or a want of proper capacity to execute the duties, or a want of reasonable fidelity.’” (Italics per Levine J.A.) [in Conroy][v. Stokes, [1952] 4 D.L.R. 124]

Again at p. 387: “In exercising so delicate a jurisdiction as that of removing trustees, their Lordships do not venture to lay down any general rule beyond the very broad principle above enunciated, that their main guide must be the welfare of the beneficiaries.”

And again at p. 389: “It is quite true that friction or hostility between trustees and the immediate possessor of the trust estate is not of itself a reason for the removal of the trustees. But where the hostility is grounded on the mode in which the trust has been administered, where it has been caused wholly or partially by substantial overcharges against the trust estate, it is certainly not to be disregarded.

Removal to be guided by welfare of beneficiaries

[104]    “It is not every mistake or neglect of duty on the part of the trustees which will lead to their removal. It must be shown by the applicant that the non-removal of the trustee will likely prevent the trust from being properly executed”: see Crawford v. Jardine, ibid.

[105]    “[I]t is not indeed every mistake or neglect of duty, or inaccuracy of conduct of trustees, which will induce Courts of Equity to [remove trustees]. But the acts or omissions must be such as to endanger the trust property or to shew a want of honesty or a want of proper capacity to execute the duties, or a want of reasonable fidelity”: see Letterstedt v. Broers, ibid, quoting s. 1289 of Story’s Equity Jurisprudence.

Removal not intended to punish past misconduct

[106]    “The authorities are, I believe, consistent in placing the emphasis on the future administration of the estate, and the risks to which it will be exposed if the trustee remains in office. The question is whether the trust estate is likely to be administered properly in accordance with the fiduciary duties of the trustee and with due regard to the interests and welfare of the beneficiaries. The sanction of removal is intended not to punish trustees for past misconduct but rather to protect the assets of the trust and the interests of the beneficiaries”: see St. Joseph’s Health Centre v. Dzwiekowski, supra, at para. 28.

[107]    But, “past misconduct that is likely to continue will often be sufficient to justify removal …”: see St. Joseph’s Health Centre v. Dzwiekowski, supra, at para. 29.

[111]     I find that the petitioners have failed to demonstrate any breach of duty, misconduct, or lack of impartially or fidelity by Mr. Thompson. I further find that throughout the 19.5 years that the Trust has been in existence, the three Beneficiaries of the Trust have been treated in an equal and impartial manner by Mr. Thompson, notwithstanding the fact that the even hand rule was expressly waived by the Trust deed.

[112]     I find that Mr. Thompson has not failed to perform his duties as a trustee due to some sense of loyalty or overarching obligation to Janet Parker. The evidence of Mr. Thompson, which is supported by the evidence of Mr. Omland, and Janet and Colin Parker, satisfies me that Mr. Thompson carried out his duties as trustee effectively, fairly, impartially, and successfully and that his work as a trustee has resulted in a thriving Dealership, and has been for the benefit of all three Beneficiaries.