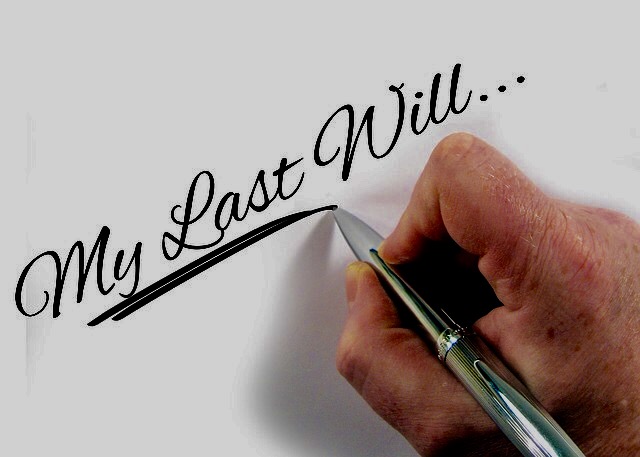 Section 58 WESA was once again successfully used in Re Litke Estate 2017 BCSC 1079 to find a hand written unwitnessed signed “will-like” document to be a valid will.

Such documents are now routinely found valid by the courts if certain criteria are met. The application in Re Litke was not even opposed.

Division 1 — Making a Will

Who can make a will

36 (1) A person who is 16 years of age or older and who is mentally capable of doing so may make a will.

How to make a valid will

(c) signed by 2 or more of the witnesses in the presence of the will-maker.

(a) the court orders it to be effective as a will under section 58 [court order curing deficiencies],

(b) it is a will recognized as valid under section 80 [validity of wills made in accordance with other laws], or

(c) it is valid under another provision of this Act.

(a) is recorded or stored electronically,

(c) is capable of reproduction in a visible form.

(2) On application, the court may make an order under subsection (3) if the court determines that a record, document or writing or marking on a will or document represents

(a) the testamentary intentions of a deceased person,

(c) the intention of a deceased person to revoke, alter or revive a testamentary disposition contained in a document other than a will.

(3) Even though the making, revocation, alteration or revival of a will does not comply with this Act, the court may, as the circumstances require, order that a record or document or writing or marking on a will or document be fully effective as though it had been made

(a) as the will or part of the will of the deceased person,

(b) as a revocation, alteration or revival of a will of the deceased person, or

(c) as the testamentary intention of the deceased person.

19      The decision of Dixon J. in Estate of Young, 2015 BCSC 182 [Young], was the first case to consider the WESA, which came into force in British Columbia on March 31, 2014, apparently modelled after similar legislation in Manitoba.

20      At para 16, Dickson J. noted that the enactment of c. 13 represented “a significant change in wills and estate administration law in the province”, with s. 58 “one of the WESA’s most far-reaching remedial provisions.” She noted that “It marks a departure from the traditional principles of formalism that previously governed the creation, alteration and revocation of wills in British Columbia.”

[17] Section 58 of the WESA is a curative provision. It confers a discretion on the court to relieve against the consequences of non-compliance with testamentary formalities in the “record, document or writing or marking on a will or document”. In prescribed circumstances, s. 58 permits the court to address and cure issues of formal invalidity in such documents. It cannot, however, be used to uphold a will that is invalid for substandard reasons such as testamentary incapacity or undue influence.

Not every expression made by a person, whether made orally or in writing, respecting the disposition of his/her property on death embodies his/her testamentary intentions . . .

[35] . . . A deliberate or fixed and final intention is not the equivalent of an irrevocable attention, given that a will, by its nature, is revocable until the death of its maker. Rather, the intention must be fixed and final at the material time, which will vary depending on the circumstances.

[27] In Kuszak v. Smoley, [1986] M.J. No. 670 (Q.B.), a partially-printed and partially-handwritten document signed by the deceased but not witnessed was found to reflect the deceased’s testamentary intentions. The court relied on several factors in making this determination, including:

(1) the document was in the deceased handwriting;

(2) the document was signed by the deceased in four places;

(4) the printed portion identified the document as a will and was properly filled out; and

(5) there was nothing before the Court refuting the conclusion that the document embodied the deceased’s intentions.

In these circumstances, the handwritten document was validated pursuant to s. 23 of the WA.

[34] As is apparent from the foregoing, a determination of whether to exercise the court’s curative power with respect to a non-compliant document is inevitably and intensely fact-sensitive. Two principal issues for consideration emerge from the post-1995 Manitoba authorities. The first in an obvious threshold issue: is the document authentic? The second, and core, issue is whether the non-compliant document represents the deceased’s testamentary intentions, as that concept was explained in George.

[35] In George the court confirmed that testamentary intention means much more than the expression of how a person would like his or her property to be disposed of after death. The key question is whether the document records a deliberate or fixed and final expression of intention as to the disposal of the deceased’s property on death. A deliberate or fixed and final intention is not the equivalent of an irrevocable intention, given that a will, by its nature, is revocable until the death of its maker. Rather, the intention must be fixed and final at the material time, which will vary depending on the circumstances.

[36] The burden of proof that a non-compliant document embodies the deceased’s testamentary intentions is a balance of probabilities. A wide range of factors may be relevant to establishing their existence in a particular case. Although context specific, these factors may include the presence of the deceased’s signature, the deceased’s handwriting, witness signatures, revocation of previous wills, funeral arrangements, specific bequests and the title of the document: Sawatzky at para. 21; Kuszak at para. 7; Martineau at para. 21.

[37] While imperfect or even non-compliance with formal testamentary requirements may be overcome by application of a sufficiently broad curative provision, the further a document departs from the formal requirements the harder it may be for the court to find it embodies the deceased’s testamentary intention: George at para. 81.

27      In Yaremkewich, the deceased left documents that failed to comply with the formal execution requirements of the WESA. She purported to appoint her niece, the applicant, as one of the executors. The other executor renounced her co-executorship. The estate property, listed in a Statement of Assets, Liabilities, and Distribution provided by the applicant, included her “principal residence, various banking and investment accounts, her motor vehicle, and some insurance benefits. The only liabilities of the estate [were] relatively small fees, many of which [had] already been paid. . . . [T]he value of the estate [was] approximately $545,000.” [Para. 3.]

28      As in this case, the application was not opposed in Yaremkewich.

29      In Yaremkewich, the deceased had been diagnosed with cancer. Her health continued to decline in the months preceding her death. She took multiple medications (as noted at para. 7) including “hydromorphone (a form of morphine) and Ativan”. As in this case, the evidence did not indicate her medical condition or whether medications seriously affected her mental abilities at the time she drafted the will. In the case at bar, there is no evidence the deceased was ill at the time or taking medications that could have affected her mentation at the time she signed the will-like document.

30      The deceased executed a pre-printed will template form titled “Last Will and Testament”. The document purported to revoke all her former wills, codicils and testimony dispositions, although Watchuk J. noted there was no evidence of any prior will to revoke.

31      The deceased had appointed two persons as executors; one of them who had stepped aside.

32      As noted at para 13, “The original of the pre-printed will was kept in an unsealed envelope first opened on July 7, 2014 after [the deceased’s] death”. The words, “Will of [the deceased]”, were written in what her executor, who the court found seemed to have a strong relationship with the deceased, believed was the deceased’s handwriting.

33      The “Will” appointed executors, set out burial arrangements, and directed payment of certain taxes and expenses to be paid out of the estate. As in this case, it provided “a number of gifts, that included money bequests”. It provided for “a five-way division of the proceeds of [the deceased]’s house” and included with the document was a 12-page, stapled, handwritten list of bequests, organized by beneficiary and type of gift for the 19 beneficiaries which included nieces, nephews, stepsons, extended family and friends. [Para. 15.]

34      A third document entitled “Charitable Bequests” was a one-page, handwritten list of charitable bequests that purported to distribute the “remaining money from [the] estate”. Justice Watchuk noted the list appears to have been stapled to the personal bequests list but, at some point, became loose in the envelope containing the Will template.

35      Justice Watchuk noted many of the gifts were of a highly personal nature.

36      Although “[t]he Will was signed by two witnesses” (para. 19), Justice Watchuk noted that both the purported witnesses recalled the Will they signed was a blank template with no attached pages setting up bequests. They further believed that the deceased had not signed the Will before they signed and they “[did] not specifically recollect” whether she signed the Will the same time as them.

37      Justice Watchuk found it impossible to determine exactly when the deceased executed the Will. She concluded it was likely that the deceased had completed all the various documents referred to at the same time and shortly after the witnesses signed the Will.

38      Justice Watchuk was satisfied the Will did not conform with the formalities of the WESA as the deceased had not signed or acknowledged her signature in the presence of at least two witnesses, present at the same time and signed in the presence of the will maker. It was accordingly clear the form was not validly witnessed as required by the WESA.

The general rule that extrinsic evidence is not admissible in construing a will (the function of a court of construction) does not apply to the probate court whose duty is to determine whether a document is a valid will. Extrinsic evidence is admissible on the question of testamentary intent, and the Court is not limited to the evidence that an inspection of the document provides.

40      Justice Watchuk found (at para. 56) “that the two bequests lists enclosed in the envelope [that contained the Will template] also represented the testamentary intention of the deceased and [were] therefore part of the Will”, noting that “[e]ach of the documents in substance contemplate[d] gifts on her death and in that sense were testamentary in nature.” At para. 57, Watchuk J. found it “obvious that [the deceased had] spent a great deal of time considering which gifts to give to each beneficiary . . . [and] that this represented her carefully-considered testamentary intentions”. Her observations with respect to the charitable bequests were of a similar nature. She found one of the documents found the made provision for care of the deceased’s dog after her death was not a testamentary intention as it did not contain funeral instructions for her for disposition of her property and death. As such that document, she concluded, did not have testamentary status and was now within the curative power of s. 58. She found, however, that the Will, the personal bequest list and the charitable bequest list included in the envelope containing the Will were fully effective as the deceased’s Will pursuant to s. 58 of the WESA.

41      It is apparent from the cases that the analysis that s. 58 engages is heavily fact-based. The circumstances in which a will-like document could be prepared are infinite.

42      As I read the section and the cases, the basic questions are whether the document presented is a valid document prepared by the deceased and that its contents represent a deliberate or fixed and final testamentary intention at the material time for the disposition of the estate.