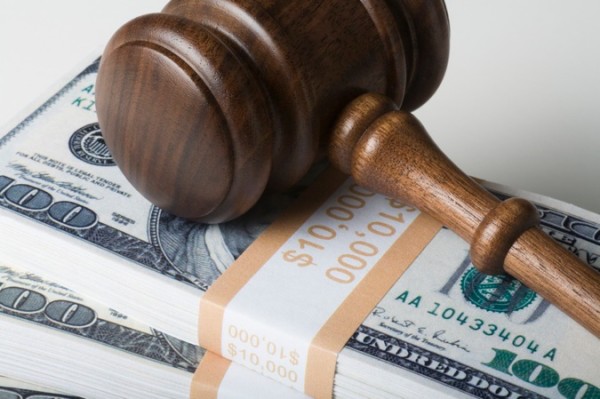 Champerty is defined in Black’s Law dictionary as “a bargain by a stranger with a party to a lawsuit, by which such third person undertakes to carry on the litigation at his or her own cost and risk, in consideration of receiving if successful, a portion of the proceeds or subjects sought to be recovered “. It is often referred to as maintenance in the sense of maintaining ,supporting or promoting the litigation of another.

The Law Society of  British Columbia forbids chapterous contracts as they are considered to be void against public policy for tending to call the administration of justice into disrepute..

These are not to be confused with contingency fee agreements whereby a lawyer is retained on the basis that the lawyer is only paid from the proceeds or subject sought to be recovered when actually recovered , and there is no third party relationship, but instead one of solicitor client relationship.

[27] Champerty is a species of maintenance. In Thomson v. Wishart (1910), 16 C.C.C. 447 the Manitoba Court of Appeal defined maintenance as follows:
Maintenance, which includes champerty, is defined as “the act of assisting the plaintiff in any legal proceeding in which the person giving the assistance has no valuable interest, or in which he acts from any improper motive:” Stephen Dig., art. 141.
. . . . .
Although maintenance and champerty were once crimes, and are still sometimes classed as such, they are now obsolete as crimes and are only invoked in respect of the invalidity or illegality of contracts that may involve one or other of them.
[28] In Silverado Oilfield Ventures Ltd. v. Davidson[2014] 6 W.W.R. 295 (ABQB) [Silverado], the court observed:
25 As noted in McIntyre Estate v. Ontario (Attorney General) (2002), 61 OR (3d) 257 (CA) at para 32, the fundamental aim of the law of champerty and maintenance is the protection of the administration of justice from abuse. It is a principle of public policy.
26 “Maintenance” is directed against those who become involved with the litigation of others in which the maintainer has no interest and for an improper motive, which may include but is not limited to “officious intermeddling” or “stirring up strife”. “Champerty” is an egregious form of maintenance where the maintainer shares in the profits of the litigation. Without maintenance, there can be no champerty. There is no maintenance if the alleged maintainer has a justifying motive or excuse: McIntyre Estate at paras 26, 27, 28 and 34.
27 Fredrickson v. Insurance Corp of British Columbia (1986), 3 BCLR (2d) 145 (CA), aff’d [1988] 1 SCR 1089 [Fredrickson], remains the leading case in Canada with respect to the rule against champerty and maintenance. Justice McLachlin (as she then was) referred to the general rule that a bare cause of action in tort is not assignable, noting that the “exact ambit of the rule is elusive.” She commented at para 23 that the rule is subject to a number of exceptions, and in each case:
… the court must ask itself whether the assignment can fairly be seen as prompted by a desire to advance the cause of justice rather than as intermeddling for some collateral reason …
[29] In Fredrickson, referred to in Silverado, a party who was found liable for damages in excess of the limits of his automobile insurance assigned his right to sue the insurer to the plaintiff to recover the excess. McLachlin J.A. (as she then was) noted:
While the entire transaction must be looked to, the essential question to be considered in determining whether the assignment smacks of maintenance or champerty is whether the assignee possessed the requisite financial interest at the time of the assignment. In my view, the fact that at some earlier date the interests of the assignee and the assignor were opposed, does not negate the fact that when the assignment here in question was made, Miss Nielsen had a very real financial interest in obtaining it. She had a judgment. The cause of action of which she took an assignment represented her only means of obtaining satisfaction of that judgment. Her interest in the cause of action assigned is not created by the assignment, in which case it might well be champertous, but antedated and existed independently of the assignment. The assignee, in pursuing the assigned cause of action, does not seek to make a profit, but only to recover the amount of her judgment. Moreover, she is not a stranger to the action assigned. She was involved in the proceedings which give rise to it.
[30] McLachlin J.A. also noted that the rule was similar for contract cases:
The rule precluding the assignment of mere rights of action in contract is based on the rule against maintenance and champerty. As in the case of causes of action in tort, where the assignee possesses a sufficient pre-existing interest in the cause of action assigned, the suggestion of maintenance is negated and the assignment is valid.