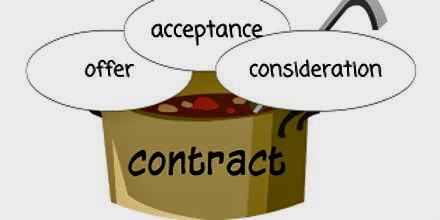 Rosas v Toca 2018 BCCA 191 involves an extensive review of the contract principle of consideration and allowed the plaintiff to succeed in the repayment of the $600,000 loan made to a friend, despite the fact she waited seven years to collect, which normally would make her claim statute barred from having waited too long to make the claim.

The facts involved a series of extensions of time granted by the plaintiff, at the request of the defendant when the loan was due, for “ I will pay you next year” and the plaintiff agreeing to same.

The original term of the loan was for one year on based on the limitation to bring a lawsuit, the legal deadline of six years had expired.

Black’s law dictionary defines consideration as  “the inducement to a contract- the cause, motive, price or impelling influence which induces a contracting party to enter into a contract. The reason the material cause of a contract. Some right, interest, profit or benefit accruing to one party, or some forbearance, detriment, loss of responsibility, given suffered or undertaken by the other”

Generally speaking, without consideration, there is no valid contract. The defendant argued that since the claim for repayment was brought outside of the limitation statute, that therefore the loan was unenforceable.

The court embarked on a lengthy review of case law relating to consideration, from the doctrine’s roots in the 19th century and surveyed legal literature before agreeing that change was necessary to the law.

The appeal court stated that the time had come to reform the doctrine of consideration is it applies in this context, and modify the pre-existing duty rule as otherwise an injustice would result.

There was no suggestion that the modifications to the original contract were procured under duress, or unconscionable or unenforceable on the basis of public policy.

The court held that the limitation period had not expired and allowed the plaintiff to recover judgment for the original amount of the loan.

Some of the court’s comments with respect to its rationalization in altering the law relating to consideration as it relates to a change in the original contract by forbearance of commencing a claim are as follows:

66- at common law, a creditor and debtor can agree to forbear enforcement of the debt, and such an agreement would suspend the limitation period for the period of forbearance. In order to achieve this result, the creditor must promise not to enforce the debt, and the debtor must provide some consideration in exchange for this promise. In other words, creditors promise to forbear will not suspend the limitation period, unless the debtor provides consideration for that promise”

This common-law principle was in effect the challenge for the court to overcome.

At paragraph 31 of the judgment, the court stated ” I am prepared to accept that a post-contractual modification, unsupported by consideration, mayy be enforceable so long as it is established that the variation was not procured under economic duress.

The court stated at paragraph 157 that “although the position is not yet settled, we consider that consideration in the form of a benefit in practice is sufficient to support a binding variation.”

At paragraph 158, the court stated for the above reasons, I am prepared to accept that a post-contractual modification, unsupported by consideration, may be enforceable so long as it is established that the variation was not procured under economic duress.

At paragraph 169-the importance of consideration is as a valuable signal that the parties intend to be bound by their agreement, rather than an end in itself. Where the parties who have already made such intention clear by entering legal relations of acted upon an agreement to a variation, and the absence of policy reasons to the contrary, they should be bound by their agreement.

At paragraph 176 -” in the final analysis, I am persuaded that the legitimate expectations of the parties in the case of a modification to it going transaction should be protected. This is the motivating premise and the many cases where the courts of struggle to find consideration so as to do justice between the litigants. It is but an incremental evolution of the law. The say that in these cases, in the absence of duress, unconscionability or other proper policy considerations, such modification should be enforceable. I would modify the pre-existing duty rule to the extent necessary to accomplish this in the vein of the thesis advanced by professors Waddams and Reiter. In my view, it is not necessary to justify such enforcement on the imaginative basis advanced by some whether it be the theory of practical benefits or otherwise, which themselves amount to changes in the doctrine of consideration. Classic consideration is, as the cases of showing, something that the law recognizes as a legal right that can be enforced or compensated for in damages, but the practical benefits cannot be so enforced or compensated.

The court found that the plaintiff and the defendants clearly gain the benefit of maintaining the relationship, as it was that relationship that prompted the original events of $600,000.