In Zeligs v Janes 2015 BCSC 525 the court imposed a constructive trust on the amount of two mortgages taken out on the property of the donor by his attorneys as a fiduciary breach of trust that wrongfully profited the said attorneys.

The court went on to state that an alternative approach to the same end is by means of equitable exoneration.

The principle of exoneration is that a person who has charged property to secure the debt of another stands only in the position of a surety and is entitled to be exonerated by the principal debtor. The doctrine is said to reflect the intentions of the parties. …

The BC Court of Appeal has described the doctrine in the following terms (Bankruptcy of Kostiuk (Re), 2002 BCCA 410):

As a general proposition, if there is found a charge on property jointly owned to secure the debts of one only of the joint owners, the other joint owner, being in the position of a surety, is entitled as between the two joint owners to have the secured indebtedness discharged so far as possible out of the equitable interest of the debtor. The principle is expressed in 22 Halsbury’s Laws (4th edn) paras 1071-1076, under the general heading “Equity of Exoneration’. Paragraph 1071 begins:

‘If the property of a married woman is mortgaged or charged in order to raise money for the payment of her husband’s debts, or otherwise for his benefit, it is presumed, in the absence of evidence showing an intention to the contrary, that she meant to charge her property merely by way of security, and in such case she in is the position of surety and is entitled to be indemnified by her husband, and to throw the debt primarily on his estate to the exoneration of her own…’
…
However, the equity of exoneration is a principle of equity which depends on the presumed intention of the parties. If the circumstances of the particular case do not justify the inference, that it was the joint intention of the joint mortgagors that the burden of the secured indebtedness should fall primarily on the share of that of them who was the debtor, then that consequence will not follow.

The following are other aspects of the doctrine discussed in the cases:

(a) Although it has archaic origins, it continues to apply in Ontario, British Columbia and other Commonwealth jurisdictions such as Australia (Slan at 724, 726; Wong v. Campbell Saunders Ltd., 2005 BCCA 574).

(b) The doctrine began under matrimonial law. However, it is not restricted to matrimonial cases as can be seen in the broad definition in Slan, above. As well, in Slan a decision is referred to where a father was determined to be a surety for a bankrupt son. The father had provided security for the son’s failed business (Re A Debtor (No. 24 of 1971), [1976] 2 All E.R. 1010; Slan at 722).

Further, in Wong, our Court of Appeal stated it will “usually” apply to married parties but it did not expressly limit the doctrine to husbands and wives. I note the following from Wong (para. 11):

Under this principle, a person (usually a wife) who has charged property jointly held with another (usually her husband) to secure that other’s debt stands in the position of a surety and is entitled to be indemnified or, “exonerated”, by the principal debtor. To do this, the burden of the security is “shifted” to the principal debtor.

(c) The intention of the parties is of some significance (Slan at 717). However, intention has been found to be inferred in certain circumstances. For example, in Ken Glover & Associates Inc. v. Irwin et al, 2005 BCSC 1364 Master McCallum discussed equitable exoneration (including the application of Kostiuk) and concluded that intention could be inferred (para. 14):

[14] The evidence here from Ms. Irwin is that loan proceeds were applied for Mr. Irwin’s benefit. There is no direct evidence from Ms. Irwin on the question of intention. The evidence of the collateral mortgage supports her position that there should be an inference drawn of a joint intention that Mr. Irwin would bear the burden of repayment of the debt. That inference is more compelling in this case where the parties were separated when the loan was made. There is no other evidence on the question of intention. In the circumstances, it seems an irresistible inference that the parties intended that Mr. Irwin would bear the burden of the debt. There is no doubt that he received the proceeds of the loan. Ms. Irwin’s evidence, which is unchallenged, is that she received no benefit from the loan proceeds.
(d) The doctrine of equity exoneration is tied to the principles of marshalling and contribution in order to prevent unjust enrichment (Slan at 719, citing R.A. Klotz, Bankruptcy and Family Law (Toronto: Carswell, 1994) at 96; Parrott-Ericson v. Stockwell, 2006 BCSC 1409 at paras. 14, 20, 24, 27; Larochelle v. Larochelle, 2009 BCSC 1430 at para. 29; W.M. Traub, Falconbridge on Mortgages, 5th ed., looseleaf (Aurora: Canada Law Book, 2010) at §23:30).
(e) A co-mortgagor and notional surety under the doctrine may be barred from using it if she or he has benefitted from the mortgage at issue (Kostiuk at para. 58; Re Bankruptcy of Davies Wong, 2005 BCCA 574 at para. 12). An Australian court described this aspect of the doctrine as follows (Parsons v. McBain, 2001 FCA 376 at para. 23):

If a surety receives a benefit from the loan, the equity of exoneration may be defeated. So, if the borrowed funds are applied to discharge the surety’s debts, the surety could not claim exoneration, at least in respect of the benefit received.
But the benefit must be from the loan itself. The question suggested by the Lord Chancellor of Ireland is: “Who got the money?”: see In re Kiely (1857) Ir Ch Rep 394, 405. In Paget v Paget, [1898] 1 Ch. 470 both the husband and the wife “got the money” and this prevented the wife claiming exoneration. 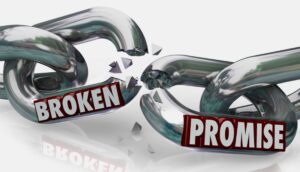