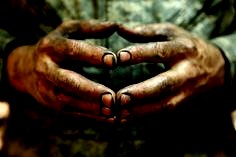 Chudy v. Merchant Law Group, 2008 BCCA 484 illustrates the interplay of legal and equitable principles, and the role of equity in the doctrine of “unclean hands”.

By way of background, Mr. Chudy was seriously injured, while a passenger, in a motor vehicle crash.  The Chudys signed a contingency fee agreement with Shaw PLC (Personal Law Corporation), a company through which Mr. Shaw practised law.    The agreement provided Shaw PLC  was entitled to 30% of any damage award made.

A short time later, Shaw  PLC stopped operation.  Nevertheless Mr. Shaw continued to practise as a sole practitioner until becoming an associate with the Merchant Law Firm.  Mr. Shaw took the Chudy file with him however, no new contract was signed with the Chudys.  Days later, Mr. Shaw filed for bankruptcy.  Mr. Shaw transferred his Shaw PLC  shares to his Trustee in Bankruptcy, declaring their value as nil.

Following his bankruptcy, the B.C. Law Society refused to renew Mr. Shaw’s license and directed him to work only under the supervision of a practising lawyer.

Some months later Mr. Shaw, acting upsupervised, negotiated a binding settlement for the Chudys.  Only later did the Merchant Group finally present a new contingency agreement to the Chudys i.e. once the Chudys were already entitled to their settlement monies.

In a dispute over legal fees, the trial judge ruled that at the time of the MVA action settlement, the only signed contract was the original Shaw LPC agreement.  The judge however refused to enforce that contract ruling that Mr. Shaw’s subsequent inability to practise law had been a fundamental breach of that contract.  In other words, the court found this was a breach of a condition which went to the very root of the contract and made the contract unenforceable.

The judge ruled the subsequent Merchant agreement was also unenforceable.   Because the court action had already been settled when this new contract was signed, the Merchant Group  gave nothing of value in return for the Chudys’ promise to gratuitously pay over  30% of their damage award.   There was no consideration passing from the Merchant group and thus no enforceable agreement.

The judge also found that Mr. Shaw had misrepresented to the Chudys that they were legally obligated to sign the Merchant Agreement when they were not.  He ruled that Mr. Shaw and the Merchant Group were in a conflict of interest with the Chudys and owed them a fiduciary duty (an equitable duty) to advise them  that they had no obligation to sign the later fee agreement.

The Merchant Group  and Mr. Shaw, having failed in their legal claims to enforce the fee contracts, sought to rely on the equitable doctrine of quantum meruit.

This doctrine is founded on the belief that no one should receive an unfair benefit.  Thus, where one person knowingly receives a valuable benefit from another, even in the absence of an enforceable contract, the court may imply a promise to pay a reasonable amount for the labor and materials provided.  Where the court recognizes that obligation, it makes a monetary award known as a quantum meruit award.

In this case the trial judge, in his discretion, refused to grant a quantum meruit award.  He founded his decision on the equitable of principle of “clean hands” following the equitable maxim “He who seeks equity, must do equity”.  The judge laid out several concerns with the lawyers’ conduct.

Notably this trial decision was upheld by the Court of Appeal in a split decision—one of the three appeal justices would have referred it back for a new trial.