Generally speaking executors who act within the scope of his or her duties are entitled to full indemnification for costs properly and reasonably incurred while acting within the scope of their office. Leung v Chang 2014 BC SC 1243 at paragraphs 82 – 83.

An exception to the general rule as the executor is guilty of reprehensible conduct that is deserving of rebuke. McLean v . McLean 2009 BC SC 292.

In fact, there are circumstances where the executor might be denied indemnification costs and even ordered to pay the objecting beneficiary special costs.

In Bigras Estate 2011 BCSC 950 there was a dispute as to reimbursement to the executor from the estate for the costs of an accounting.

The court stated that the associated costs of the accounting would normally be paid out of the estate, unless there was some demonstrated conduct by the executor that is reprehensible or deserving of rebuke. Re Kanee Estate (1992) 69 BCLR (2d) 89 (CA)

The court held in those cases that the executor must pay his or her own costs.

The threshold of reprehensible conduct to award special costs against a party, which would include an executor was wide meaning that encompassed all forms of misconduct that was deserving of the courts reproof or rebuke. The conduct must work chastisement and be of such a nature that the court feels the need to distance itself from the conduct an issue.

Even if the executor is not a party to a court action, costs can still be awarded against a non-party, although the discretion to make such an order applies, and only very limited circumstances.

The court does have jurisdiction to order costs against a non-party as discussed in Oasis Hotel LTD v . Zürich Insurance Company (1981 28 BCLR 230 (CA) 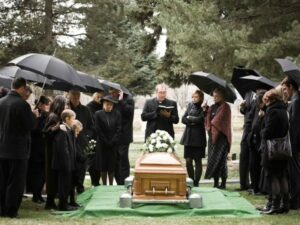