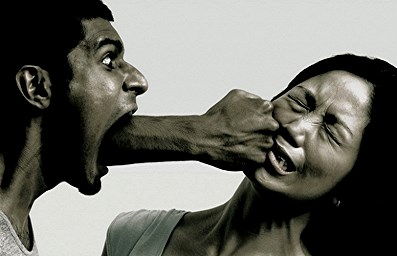 The United Nations Development Fund for Women estimates that at least one of every three women globally will be beaten, raped or otherwise abused during her lifetime. In most cases, the abuser is a member of her own family.

Today’s purpose is not to set out the incredible statistics with respect to incidents of global domestic violence, but instead to present the psychological disorder known as “Battered Person Syndrome” that has been recognized by the Supreme Court of Canada in the decision of  R.v. Oavallee (1990) SC  R 852.

When Battered Person Syndrome (BPS) manifests as PTSD, it consists of the following symptoms:

(a) re-experiencing the battering as if it were reoccurring even when it is not,

(b) attempts to avoid the psychological impact of battering by avoiding activities, people, and emotions,

(e) body image distortion or other somatic concerns, and

Additionally, repeated cycles of violence and reconciliation can result in the following beliefs and attitudes:[6]

The repetition of the violence despite the abuser’s attempts to “make nice” results in the abused partner feeling at fault for not preventing a repeat cycle of violence. However, since the victim is not at fault and the violence is internally driven by the abuser’s need to control, this self-blame results in feelings of helplessness rather than empowerment. The feeling of being both responsible for and helpless to stop the violence leads in turn to depression and passivity. This learned depression and passivity makes it difficult for the abused partner to marshal the resources and support system needed to leave.[7]

It must be stated that most of the absued people in the world are woman, but not exclusively.

R. V. Lavallee involved a battered woman and attempts to explain the syndrome to the “ordinary man”.

If it strains credulity to imagine what the “ordinary man” would do in the position of a battered spouse, it is probably because men do not typically find themselves in that situation. Some women do, however. The definition of what is reasonable must be adapted to circumstances which are, by and large, foreign to the world inhabited by the hypothetical “reasonable man”.

According to the expert testimony presented in Lavallee, many battered people are incapable of leaving abusive relationships because of an “affective” or “traumatic” bond that they develop with their abusive spouses.

The battered person’s dependency on his or her abuser manifests itself in a vicious cycle:

First, he or she develops low self-esteem as a result of being abused. Then, after abusing him or her, the abuser will beg for forgiveness and promise to love the victim  more if he or she forgives the abuser.

This effectively boosts the battered person’s self-esteem and causes him or her to feel needed and loved again.

Consequently, the “affective bond” is strengthened, he will eventually abuse her again, and the cycle will repeat itself.

As a result this dependency cycle, the battered person is ultimately rendered helpless and trapped in the relationship with his or her abuser. Lavallee, paras. 59-60

disinherited.com believes that it is very important for judges for judges, lawyers, the please, the medical profession, and the public at large, to understand this powerful battered persons dependency that too many is often on the face of it inexplicable for all perons, especially those in posiotn so trust and authority, to udnerstand the devestating efects of this synddrome and the sometimes seemingly inexplicable acts that are carried out by the parties.

Estate litigators often see the after effects of such realtrionships, and it is important for them to understand what went on in the relationship while the abused person was still alive.