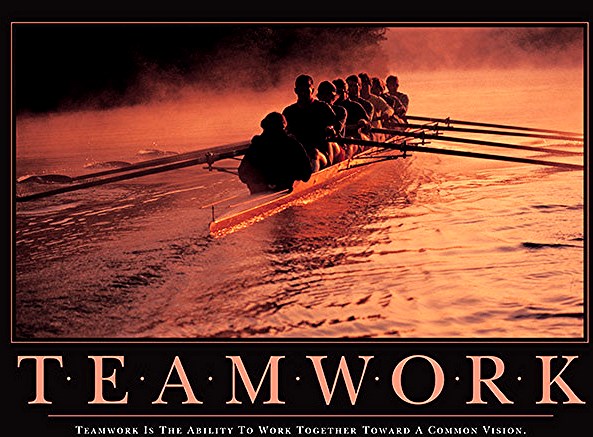 Chapman v Treakle 2014 BCSC 2127 is a recent indication of the tendency of the courts to expand what is legally considered to be a couple in a marriage like relationship, or simply common-law partners, as more unconventional relationships come forward and seek judicial redress.

The facts in the case are somewhat common – a surviving common-law partner who claims to be sole heir of a deceased to died without leaving a will, and the next of kin of the deceased who alleges that the purported common-law spouse does not legally qualify as such. Here the sister alleged that the surviving spouse did not qualify as a spouse, and further that she had been mentally and emotionally abusive to the deceased.

The court found that the surviving spouse was in fact entitled to inherit the entirety of the estate on the intestacy of the deceased, and that their mutual intention was that they were in a committed marriage like relationship for all purposes right until the deceased death, even though their living arrangements were unconventional due to the plaintiff’s devotion to her seriously ill daughter.

The court recognizes the evolving societal view of both legal and marriage like relationships and states that while there might’ve been a time when such beliefs were that women were preferred to be formally married and involved in the less traditional common-law arrangements, but that was no longer  tenable in the contemporary world of diverse like relationships that we live in.

(There is a complete legal argument on the basis of aboriginal law and its applicability to the case that I am not referring to in this blog and that ultimately was found to be unfounded).

[20]         One such case is Gostlin v. Kergin (1986), 3 B.C.L.R. (2d) 264 (C.A.) [Gostlin].  There, the Court of Appeal considered a similar definition of common law spouse contained in the Family Relations Act.  The Court held that the lynchpin of the analysis as to the status of unmarried persons is whether the couple considered themselves committed to the lifelong support of one another.  The Court elaborated that where the assessment of each party’s subjective intention was elusive, reliance on an evaluation of objective indicators may well be necessary.  As Lambert J.A. explained at para. 268:

… If each partner had been asked, at any time during the relevant period of more than two years, whether, if their partner were to be suddenly disabled for life, would they consider themselves committed to life-long financial and moral support of that partner, and the answer of both of them would have been ‘Yes’, then they are living together as husband and wife. If the answer would have been ‘No’, then they may be living together, but not as husband and wife.

Of course, in the particular circumstances of any case, the answer to that question may prove elusive. If that is so, then other, more objective indicators may show the way. Did the couple refer to themselves, when talking to their friends, as husband and wife, or as spouses, or in some equivalent way that recognized a long-term commitment. Did they share the legal rights to their living accommodation? Did they share their property? Did they share their finances and their bank accounts? Did they share their vacations? In short, did they share their lives? And, perhaps most important of all, did one of them surrender financial independence and become economically dependent on the other, in accordance with a mutual arrangement?

All those questions, and no doubt others, may properly be considered as tending to show whether a couple who have lived together for more than two years have done so with the permanent mutual support commitment that, in the relevant sense of the family relations legislation, constitutes living together as husband and wife.

[21]         In Takacs v. Gallo (1998), 157 D.L.R. (4th) 623 (BCCA) [Takacs], the majority of the Court of Appeal affirmed the test in Gostlin to the effect that the inquiry should focus on the subjective intention of the parties and that both subjective and objective considerations, none of which are conclusive, are relevant.  The objective factors identified in Gostlin and in other case authorities, notably Molodowich v. Penttinen (1980), 17 R.F.L. (2d) 376 (Ont. Dist. Ct.), assist in the ascertainment of the parties’ respective intentions, but will rarely be determinative of the issue: Takacs at para. 55.

[22]         Austin clarified that while at one time financial independence may have been an essential component of a “marriage-like relationship”, that was no longer the case.  Such a relationship may exist even where there is no level of financial dependence between the parties (at paras. 55 and 56).  At para. 58 the Court elaborated that there is no “checklist of characteristics” determinative of a marriage-like relationship, and approved of the following insightful passage from Yakiwchuk v. Oaks, 2003 SKQB 124 (CanLII), 2003 SKQB 124:

10        Spousal relationships are many and varied. Individuals in spousal relationships, whether they are married or not, structure their relationships differently. In some relationships there is a complete blending of finances and property – in others, spouses keep their property and finances totally separate and in still others one spouse may totally control those aspects of the relationship with the other spouse having little or no knowledge or input. For some couples, sexual relations are very important – for others, that aspect may take a back seat to companionship. Some spouses do not share the same bed. There may be a variety of reasons for this such as health or personal choice. Some people are affectionate and demonstrative. They show their feelings for their “spouse” by holding hands, touching and kissing in public. Other individuals are not demonstrative and do not engage in public displays of affection. Some “spouses” do everything together – others do nothing together. Some “spouses” vacation together and some spend their holidays apart. Some “spouses” have children – others do not. It is this variation in the way human beings structure their relationships that make the determination of when a “spousal relationship” exists difficult to determine. With married couples, the relationship is easy to establish. The marriage ceremony is a public declaration of their commitment and intent. Relationships outside marriage are much more difficult to ascertain. Rarely is there any type of “public” declaration of intent. Often people begin cohabiting with little forethought or planning. Their motivation is often nothing more than wanting to “be together”. Some individuals have chosen to enter relationships outside marriage because they did not want the legal obligations imposed by that status. Some individuals have simply given no thought as to how their relationship would operate. Often the date when the cohabitation actually began is blurred because people “ease into” situations, spending more and more time together. Agreements between people verifying when their relationship began and how it will operate often do not exist.

[37]      In summary, in undertaking an analysis of whether persons are living together as spouses, the court must examine the relationship as a whole and consider all the various objective criteria referred to in the authorities. The presence or absence of one particular factor will not be determinative. The court must recognize that each relationship is unique and, in applying a flexible approach within the context of the particular relationship, make a determination as to whether the parties intended to and were living in a marriage-like relationship.

Subject to whatever provision may be made in a statute, a common law relationship ends “when either party regards it as being at an end, and by his or her conduct, has demonstrated in a convincing manner that this particular state of mind is a settled one.”

[39]      In analyzing whether a couple has ceased living in a marriage-like relationship, the key factors include the absence of sexual relations, a clear statement by one of the parties of his or her intention to terminate the relationship, the physical separation of the parties into different rooms of the same house or different residences, and the cessation of the presentation to the outside world that they are a couple: Eisener v. Baker, 2007 BCSC 83.