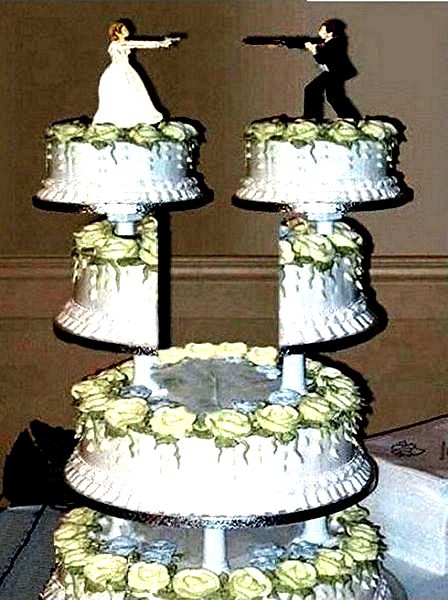 As any of the legions of matrimonial lawyers will tell you, it may be easy to get into this simple contract, but it is not at all that easy to extricate oneself from it.

In Wolfman-Stotland v. Stotland, 2011 BCCA 175 (B.C. C.A.), leave to appeal ref’d [2011] S.C.C.A. No. 242 (S.C.C.) the issue was whether Mrs. Stotland had the capacity necessary to form the intention to live separate and apart to support the application for a s. 57 declaration of no possibility of reconciliation, which has the effect of severing their joint assets and crystallizing family assets.

The wife suffered from dementia and her mistaken fear was that her husband’s “ sneaky” nephew would inherit her assets .

Mrs. Stotland suffered from mild to moderate cognitive impairment and was not capable of managing her financial affairs.

She was examined by a doctor, who concluded that she likely had the capacity to instruct counsel on the matter of her divorce.

Her only complaint about her husband of 55 years was that he “falls asleep at bingo” and despite that the court found that she had the mental capacity required to separate ( or conversely to marry) as it is the lowest test required for capacity.

The Court of Appeal dismissed the appeal and found that the wife met the lowest test of mental capacity required to separate under S 57 Family Law act, being the same test as that required to marry:

[23] In A.B. v. C.D., the husband, who opposed the granting of a s. 57 declaration, conceded that his wife had general capacity to manage her affairs and to instruct counsel. The husband sought a medical examination under then Rule 30(1) to establish that his wife suffered from a delusional disorder that informed her intention to live separate and apart. The chambers judge, in reasons indexed as 2008 BCSC 1155, concluded that since the wife had the capacity to conduct her own affairs and to instruct counsel, her adverse mental condition, if it existed, had no bearing on the issues to be determined in the divorce proceeding.

[23] The capacity to form the intention to live separate and apart is discussed in Professor Gerald B. Robertson’s Mental Disability and the Law in Canada, 2nd ed., (Toronto: Carswell, 1994) at 272:
Where it is the mentally ill spouse who is alleged to have formed the intention to live separate and apart, the court must be satisfied that that spouse possessed the necessary mental capacity to form that intention. This is probably similar to capacity to marry, and involves an ability to appreciate the nature and consequences of abandoning the martial relationship.

[24] Professor Robertson went on to discuss the capacity to marry at pp. 253-254:
In order to enter into a valid marriage, each party must be capable, at the date of the marriage, of understanding the nature of the contract of marriage and the duties and responsibilities which it creates…. The test does not, of course, require the parties to be capable of understanding all the consequences of marriage; as one English judge aptly noted, few (if any) could satisfy such a test. …the common law test is probably only concerned with the legal consequences and responsibilities which form an essential part of the concept of marriage. Thus, if the parties are capable of understanding that the relationship is legally monogamous, indeterminable except by death or divorce, and involves mutual support and cohabitation, capacity is present. The reported cases indicate that the test is not a particularly demanding one. As was said in the leading English decision, “the contract of marriage is a very simple one, which does not require a high degree of intelligence to comprehend”.

… Capacity to marry may exist despite incapacity in other legal matters. This necessarily follows from the fact that the requirements of legal capacity vary significantly as between different areas of law, and must be applied specifically to the particular act or transaction which is in issue. Thus, for example, a person may lack testamentary capacity yet have capacity to marry. Similarly, a person may be capable of marrying despite having been declared mentally incompetent and having had a property guardian or guardian of the person appointed.

[36] In summary, disordered or delusional thinking which may contribute to an individual’s intention to live separate and apart, does not diminish that individual’s capacity to form that intention, provided it does not reach the level of incapacity that interferes with the ability to manage his or her own affairs and instruct counsel. In this case, there is no probative value to the evidence the husband seeks to obtain by his R. 30(1) application as the wife admittedly has the higher level of capacity to manage her own affairs. As a result, the wife’s mental condition, even if she was found to be suffering from delusional disorder, cannot be an issue in the proceeding.

[26] A useful discussion of the hierarchy of levels of capacity is found in Calvert at paras. 54-56:

[54] Separation is the simplest act, requiring the lowest level of understanding. A person has to know with whom he or she does or does not want to live. Divorce, while still simple, requires a bit more understanding. It requires the desire to remain separate and to be no longer married to one’s spouse. It is the undoing of the contract of marriage.
[55] The contract of marriage has been described as the essence of simplicity, not requiring a high degree of intelligence to comprehend: Park, supra, at p. 1427. If marriage is simple, divorce must be equally simple. The American courts have recognized that the mental capacity required for divorce is the same as required for entering into marriage: re: Kutchins, 136 A. 3d 45 (Ill., 1985).

[56] There is a distinction between the decisions a person makes regarding personal m
matters such as where or with whom to live and decisions regarding financial matters. Financial matters require a higher level of understanding. The capacity to instruct counsel involves the ability to understand financial and legal issues. This puts it significantly higher on the competency hierarchy. It has been said that the highest level of capacity is that required to make a will: Park, supra, at p. 1426. (I note that Mr. Birnbaum felt that, in August 1994, he would have taken instructions for a will but for Dr. Hogan’s concern about her ability to instruct counsel.) While Mrs. Calvert may have lacked the ability to instruct counsel, that did not mean that she could not make the basic personal decision to separate and divorce.